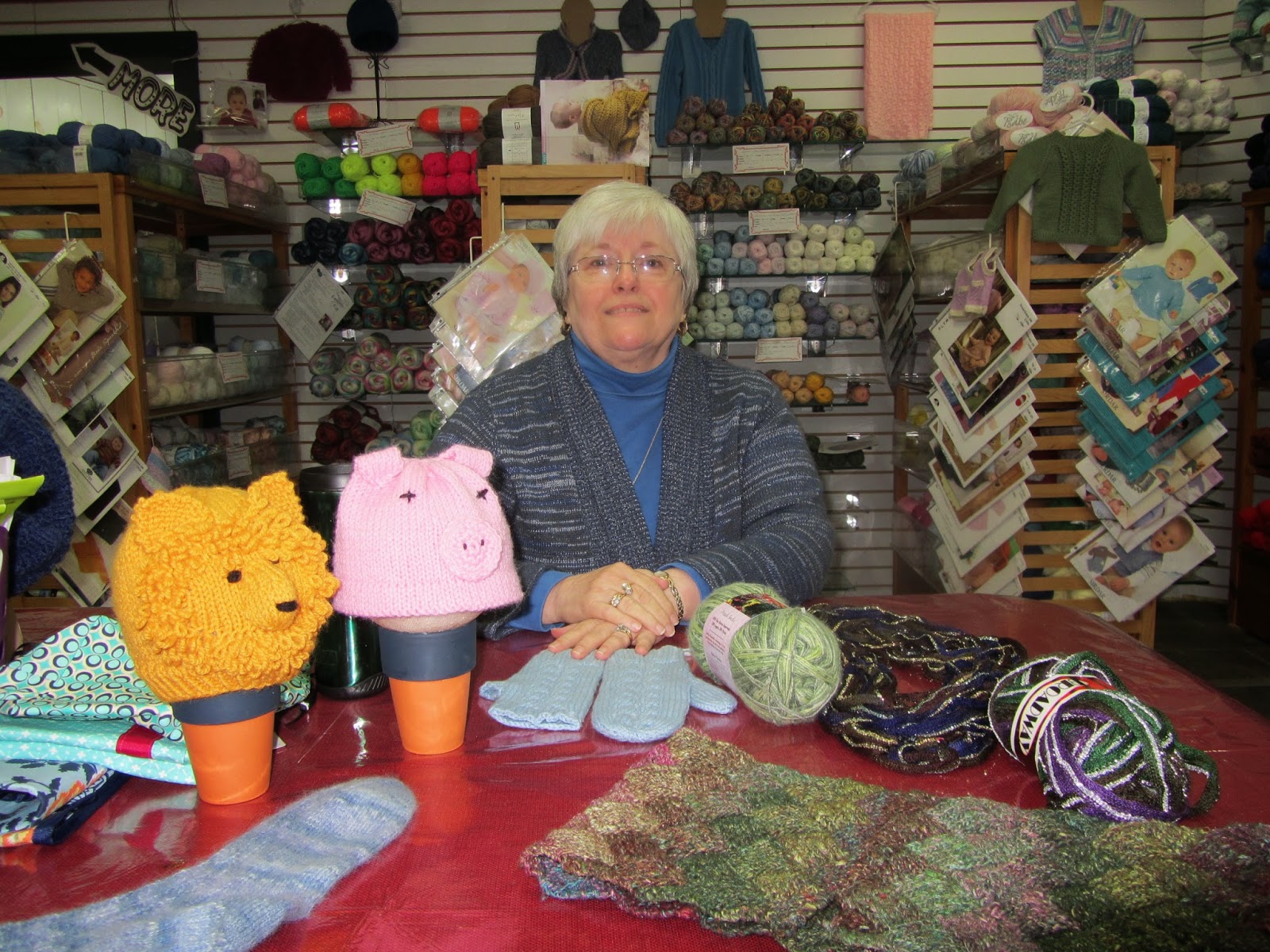 Walking into Rosemary’s Gift & Yarn Shop, it’s easy to get lost in the textures, colors and unlimited possibilities that await anyone willing to take time to knit or crochet. The shop is owned by Rosemary Libby and her husband Huard.


Since opening the shop in Windham, they have become the largest yarn only store in Maine. The shop also has Maine made gifts mostly associated with knitting. Moving to Windham was supposed to be the next phase of their lives, a chance to slow down, but her customers, the 2,300 people on the mailing list and creating knitting and crocheting patterns, keeps her busy six days a week.

In the five years, the couple has been in Windham, they have drawn a much wider customer base, the website is much larger and Rosemary has plans to expand her online store. She isn’t interested in growing the physical store anymore and there isn’t more space with every wall lined with skeins of yarn and shelving crisscrossing the rooms. She carries wools, bamboo, cottons, acrylics, pima cottons, mohairs, llama, cashmere, superwash wool, mink yarn, Noro Kibou and the entire line of Encore products. The shop also has a full complement of needles including Addi needles. 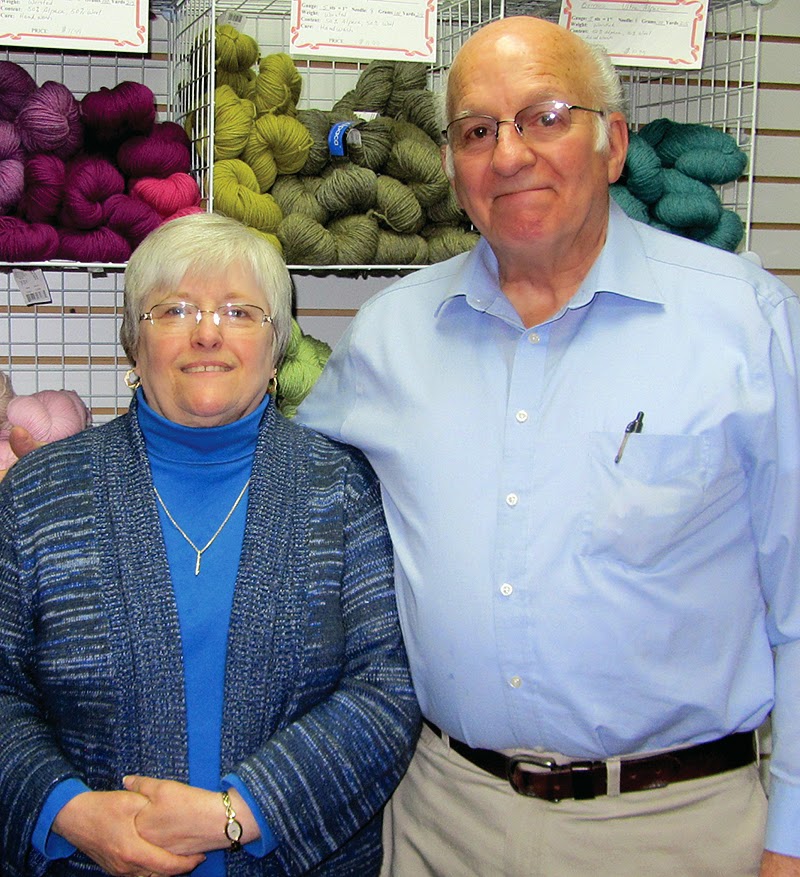 Knitting hasn’t gone away and come back in recent years, she said. It was big when she started selling yarn 12 years ago and it’s still big. Knitting was considered Grammie’s hobby when she retired, but now university students come to knit, Rosemary said.

“When the economy is down, crafts are up. It’s a way of soothing yourself. That’s how important it is. Knitting and crafts are a therapy. It’s not just a hobby,” she added.

The Libby’s lost their son Christopher at age 19 in an accident overseas. “If I didn’t have the yarn in my needles, I don’t think I would have gotten through,” she said.

Knitting is something people can do today and have a feeling of satisfaction that every stitch is made with love. It is more expensive to knit something than it would be to go to a box store and buy something, but that’s not the point. 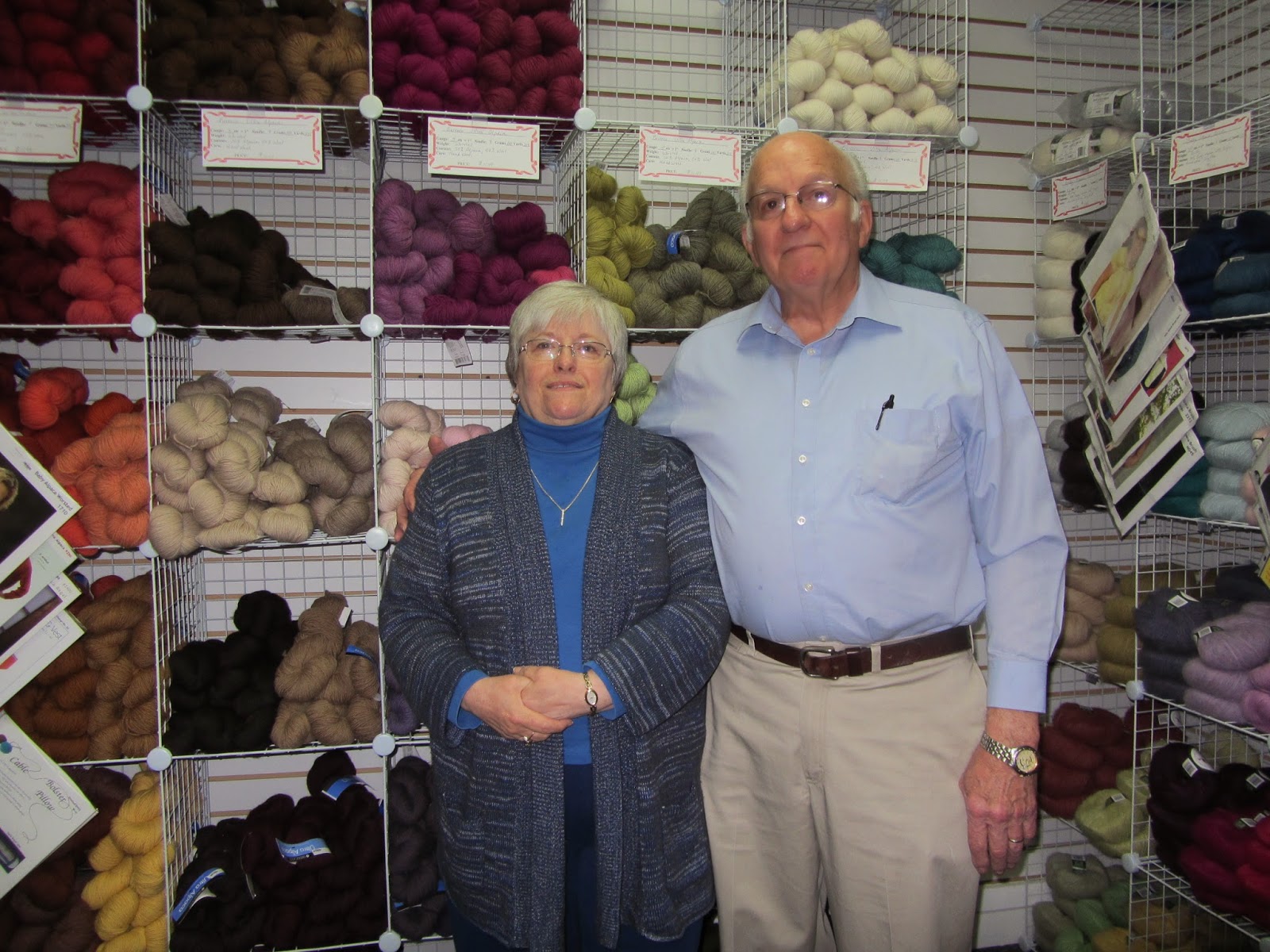 If it’s a knitting project, there is no doubt that Rosemary has the materials and the know how to get it done. From arm knitting to continental knitting to crocheting to making socks, she has the supplies and handwritten patterns.

“I love to write the patterns. I try to gear my patterns for the beginners,” she said. Sometimes people are afraid to try a new pattern because they don’t understand the language of the patterns, but Rosemary makes sure that her directions are clear.

Rosemary and Huard have five special programs they knit for, all of them with the title “operation.” Huard was in the military and Rosemary admitted a fondness for anything to do with helping soldiers and their families. 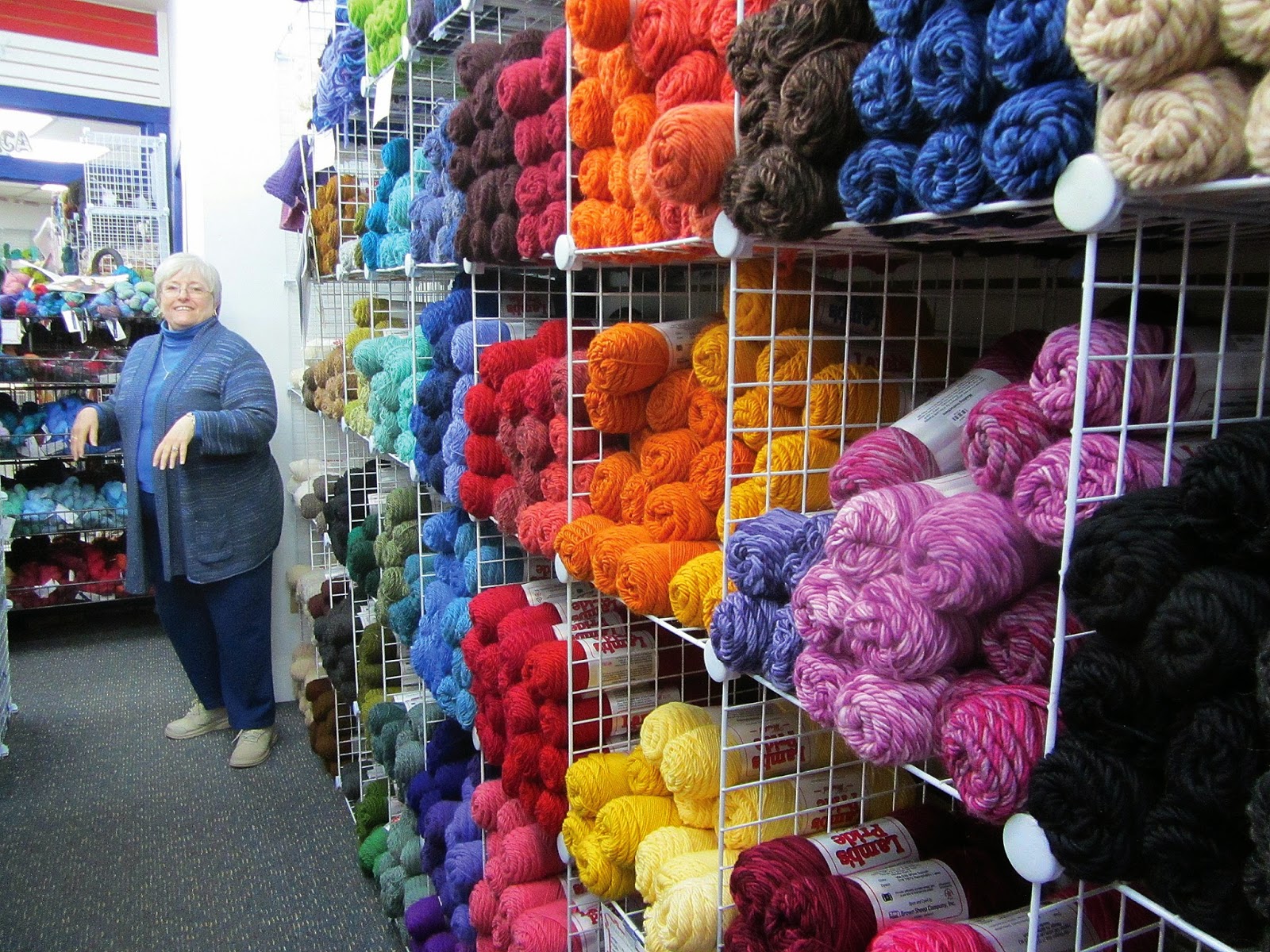 Rosemary has free knitting times on Wednesdays and Thursdays from 10 a.m. to 12 p.m. and Thursday evenings provide a chance for Rosemary to answer specific knitting questions. She does offer classes on Sunday afternoons from 3 p.m. to 5 p.m. on varying subjects. The cost is usually $30 to $35 for a two week class. She has a wish sheet for her customers to tell her which classes they would like to see.
For more, visit www.maine-crafts.com, call 894-5770 or email gift@maine-crafts.com. 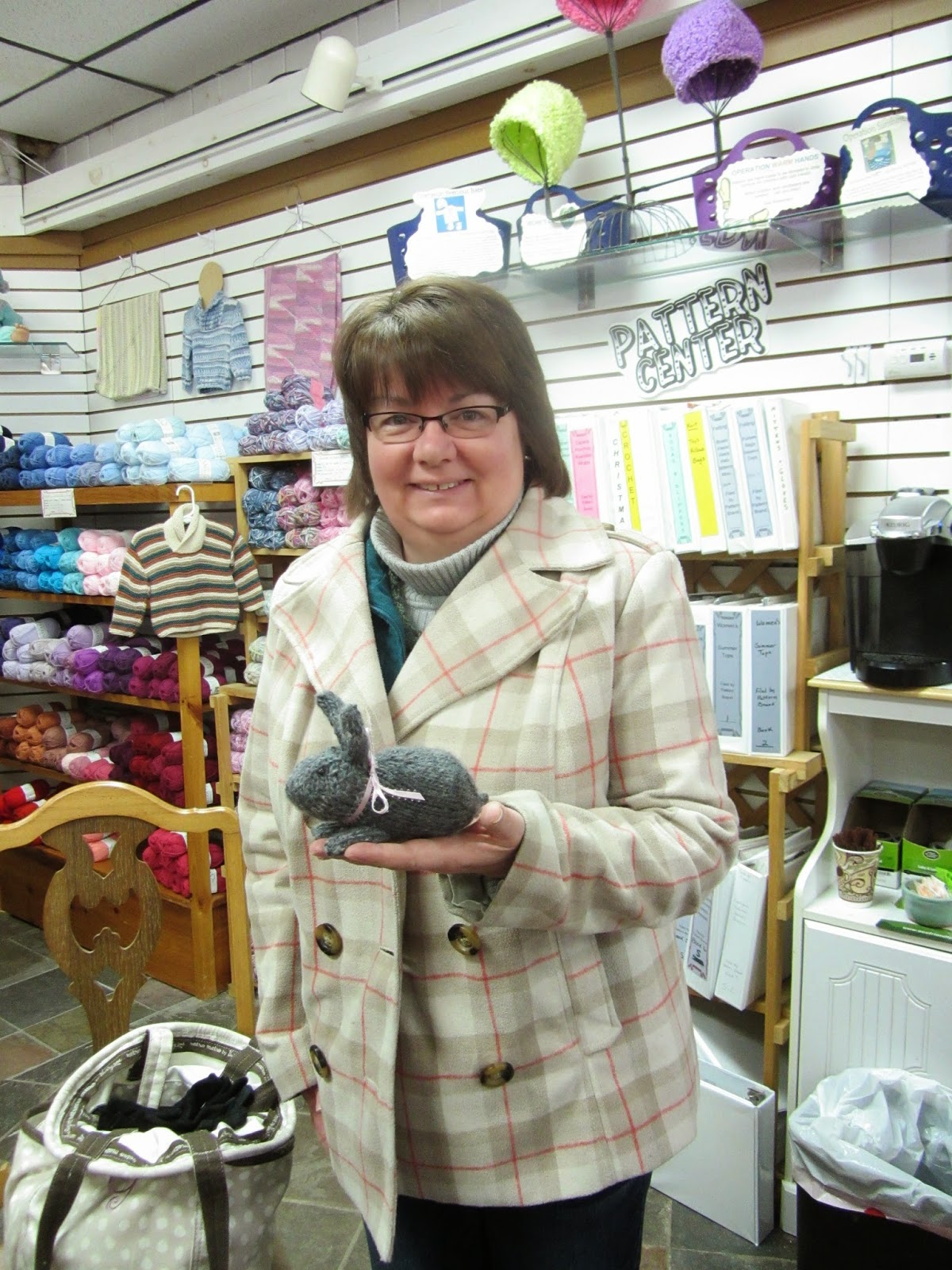 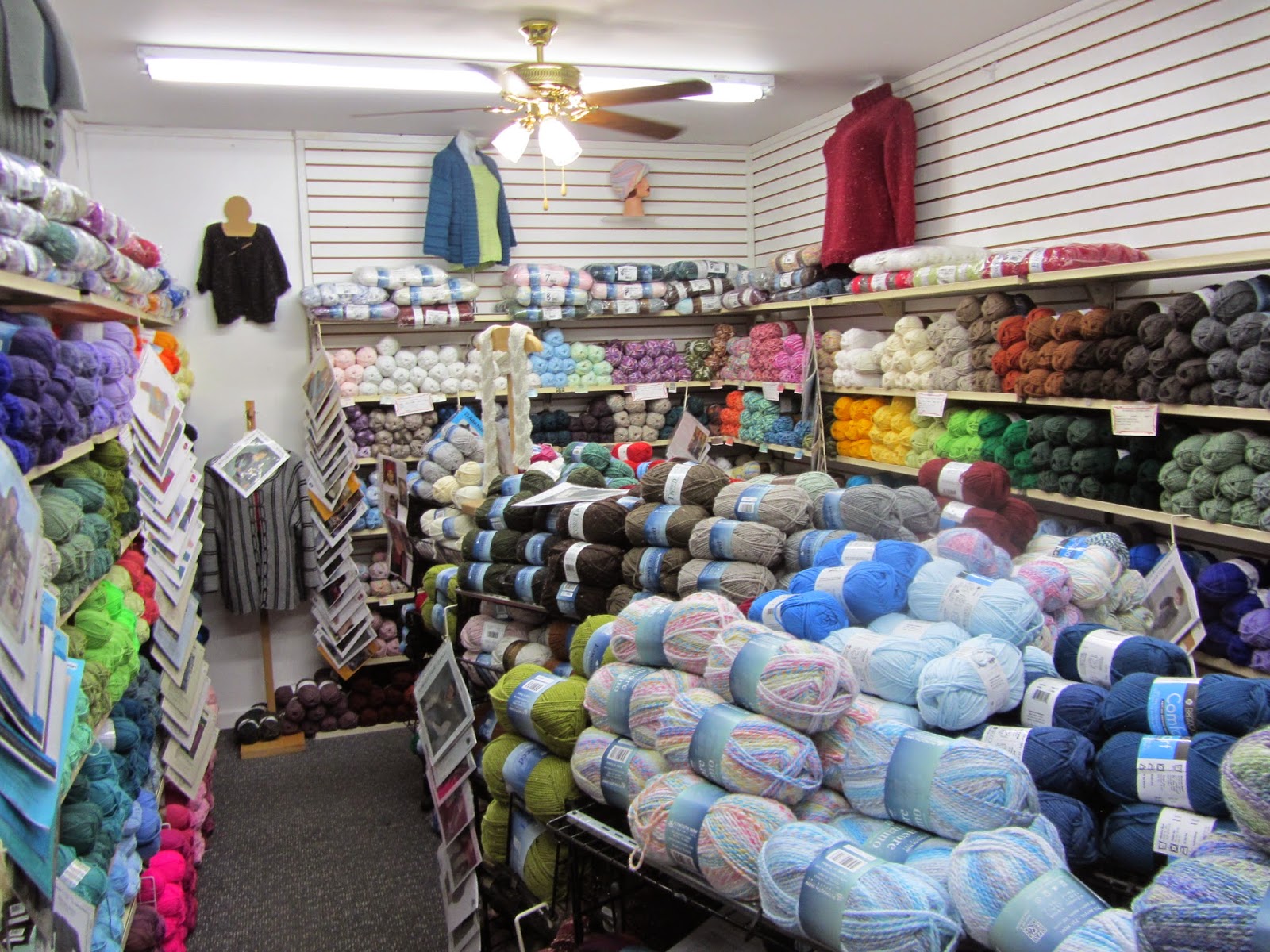 Posted by Michelle Libby at 7:31 PM