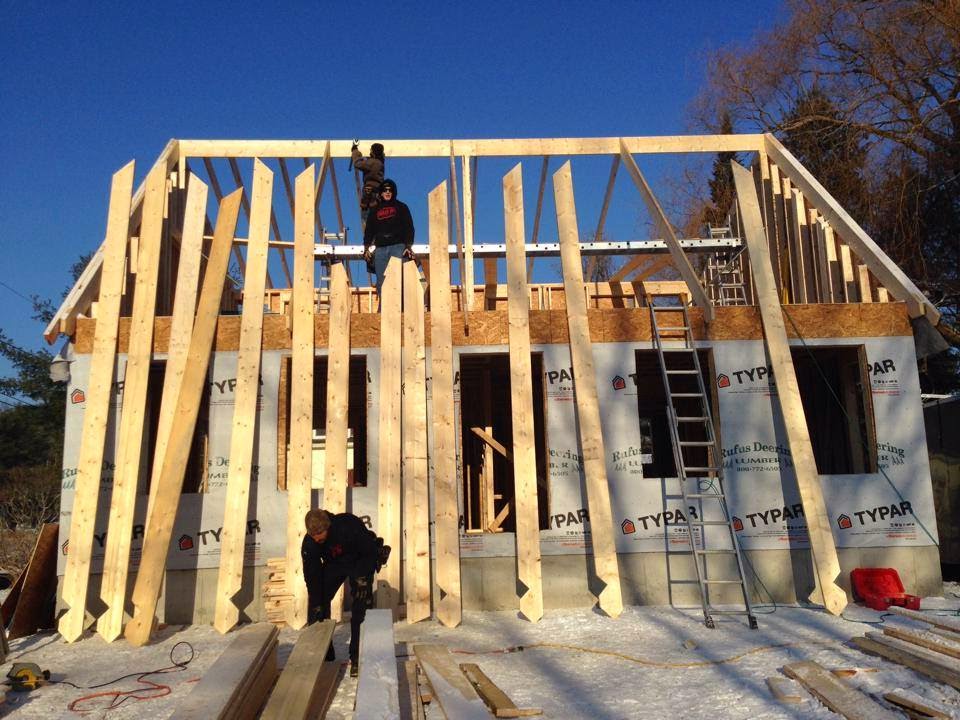 JT Construction believes in giving back to the community that has helped build his business. Jason Rickett has been doing work from small, odd jobs to building homes from the ground up for nine years. He and his three employees do a lot of work in Windham, Gorham and surrounding towns.

Last year, JT Construction and the Rickett family bought Christmas for a family. “It felt good to give back to the community in some way,” Rickett said. He was sent a message on Facebook that a family needed heating oil, so he coordinated with PitStop Fuels in Standish, which matched the oil purchase gallon for gallon for a total of 300. 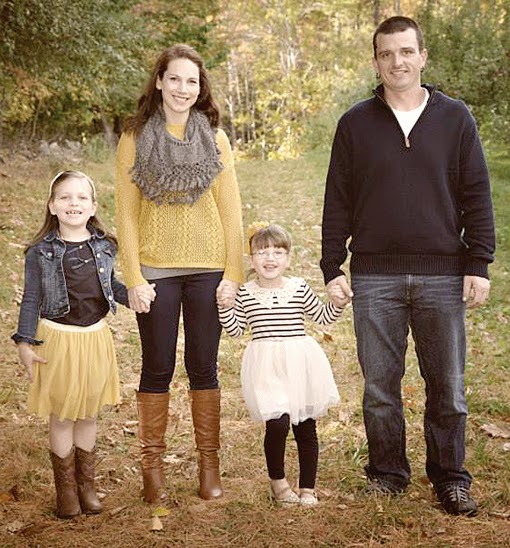 “I try to help everyone who asks. I see it as paying it forward,” Rickett said.

This year the Rickett’s took on helping three families with oil. He hasn’t coordinated with the oil company yet, he said. He also helped three families with Christmas gifts. “My wife gets a little carried away,” he said. In addition to the gifts, they purchase gift cards to Hannaford or Target. 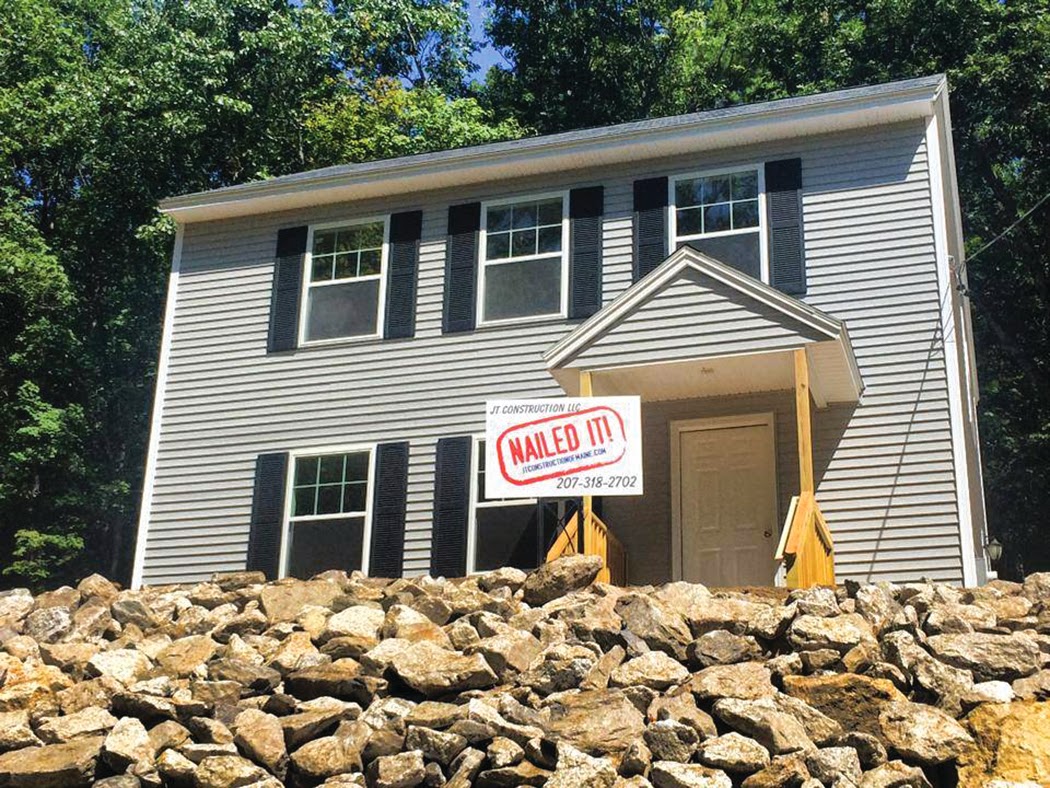 The families are given lots of wrapped toys, warm clothes and other items on their needs and wants list. Everything is wrapped and tagged for them.

For Rickett family is a huge motivator. “I don’t want to miss out on an opportunity. You don’t know what the rest of the days are going to bring.” 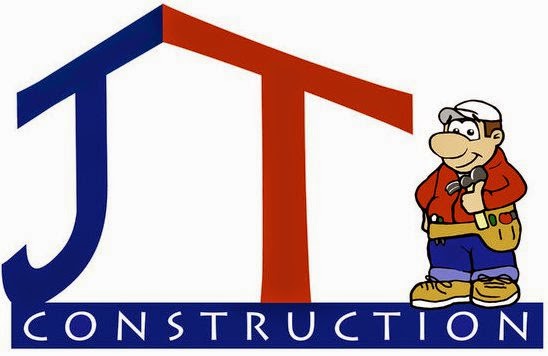 The custom work Rickett does is based on what the customer wants. “We listen to the customers, and don’t dictate what their house is going to be. We don’t try to rush the minor things to get to the big things. It’s the attention to detail,” said Rickett.

Rickett has been in the construction industry for many years. At 16 he got a part time job in his stepfather’s construction company. He never looked back.

Construction has changed over the last few years, going from large master suites to open concept living with a large common area. People are interested in spending time with their family,” Rickett said. JT Construction will build homes to specific requirements, but he also has plans for homes that have already been approved. From simple to dream homes, JT Construction can build it. 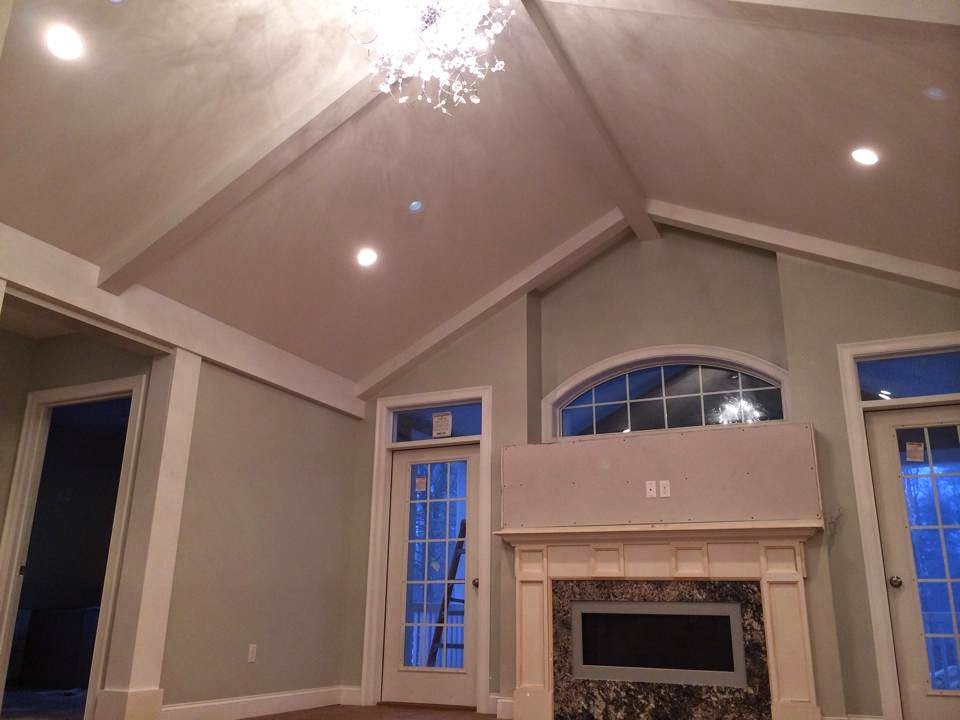 “I’m going to be around a while. I’m not one of those fly-by-night type of guys,” he said. JT Construction works year round to meet the demands of the clients. The average time to build a home is 90 days “from dirt to doorknob.”

Posted by Michelle Libby at 2:33 PM No comments: 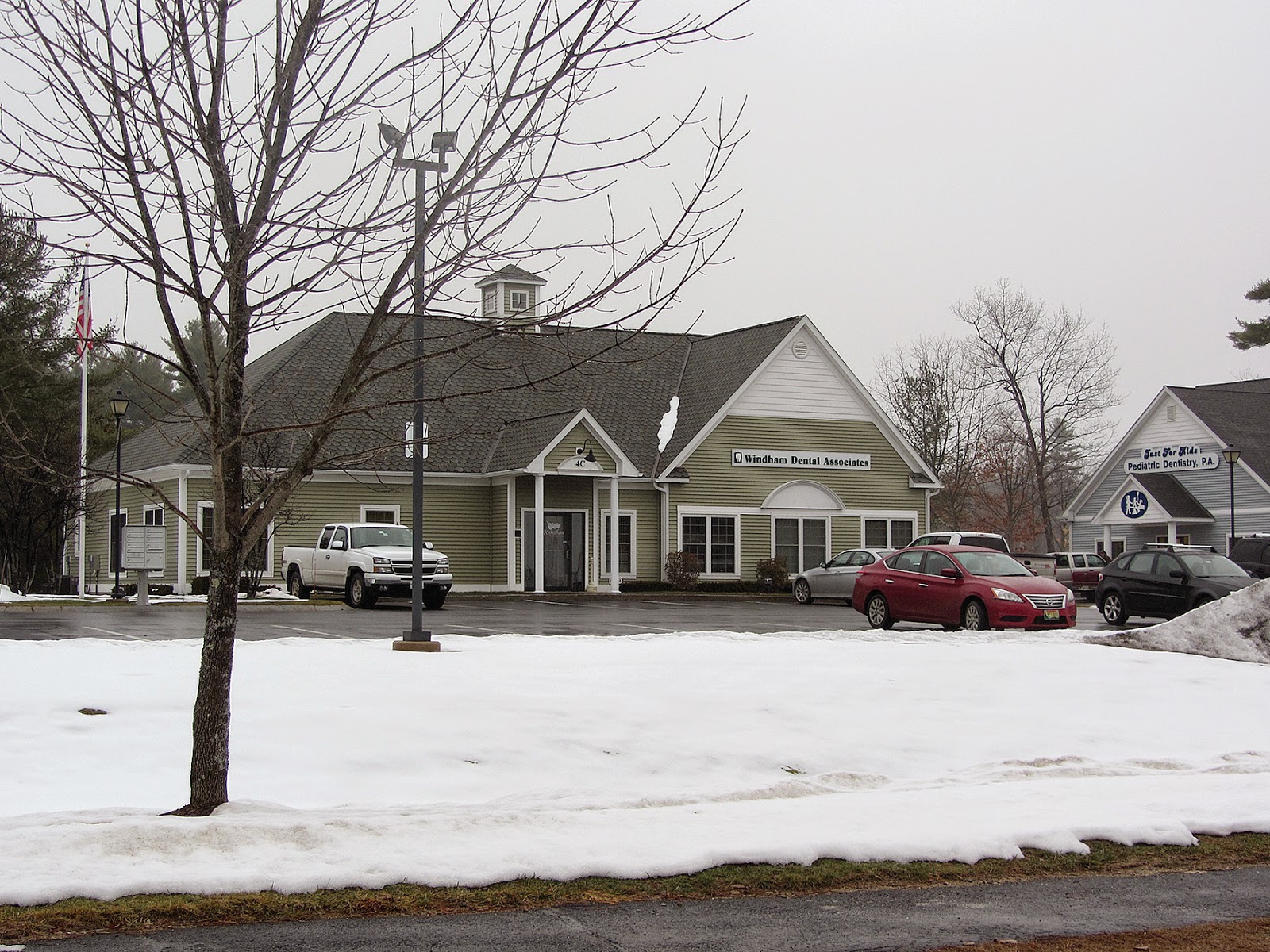 Dentist Glenn F. Abbott II and Dr. Brett Brayley like helping people keep their smiles white and bright. At Windham Dental Associates, at 4 Commons Ave. in Windham, they treat their patients the way they would want to be treated.


Dr. Abbott is often heard telling patients that if the patient was his family member, he’d recommend this course of treatment, said officer manager Mladenka Logan.

“I enjoy the opportunity to get to know our patients,” said Brayley, who grew up in Standish. Working in Windham has been a homecoming to him. “It’s fun being on the cutting edge of implants. It’s nice to offer that sort of treatment,” he said.

Dentistry is always changing and Windham Dental is on top of the changes. From pediatric dentistry to treating the elderly, Windham Dental makes sure that they treat everyone equal and not pushy. 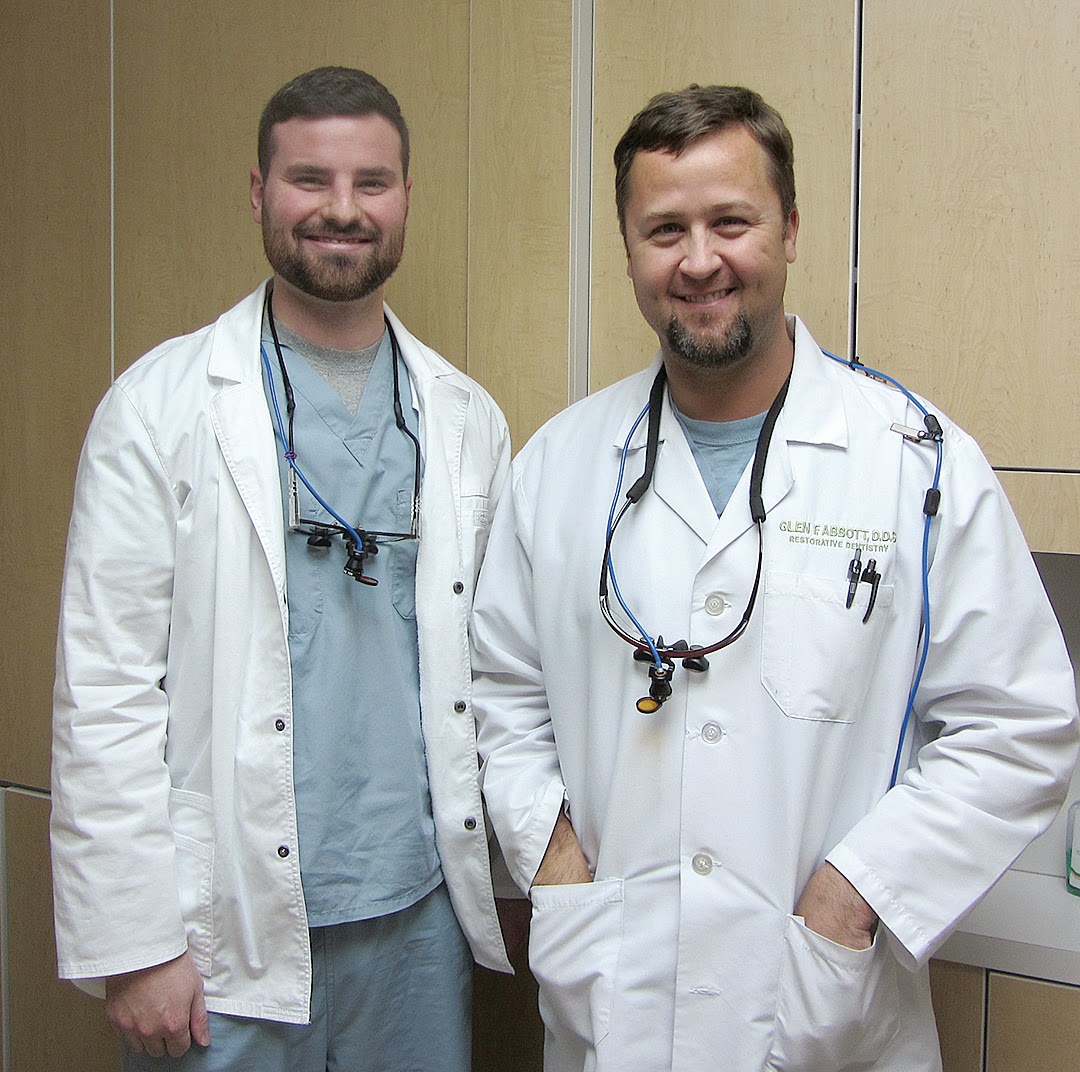 The office is computerized and uses digital x-rays and a water laser for fillings. The water laser, affectionately called “Mario” for its fire red color, allows the dentists to fill filling without the patient having to have a numbing shot.

For the first appointment, the patient will receive an exam, x-rays and a cleaning. Windham Dental asks to have records transferred by the patient or they will call for them, said Logan.

If a patient is nervous about going to the dentist, the hygienists reassure them and explain everything to calm their fears, said Logan. “Both dentists have a calming effect,” Logan added.

The dentists recommend everyone brushes twice a day or after every meal and floss once daily.
“Flossing is the big thing people tend not to do,” said Logan. Cleanings should be scheduled every six months.

Hygienists in the office are Jennifer, Angela and Shauna. Becki, Janet and Hillary are assistants to the dentists. The office also boasts the fact that they have someone who speaks English, German and Croatian. “We will go out of our way to work with people and their insurance,” Logan said. Windham Dental works with most dental insurance programs and accepts major credit cards, Care Credit and Citi Health Card. Logan said that the prices at Windham Dental are on the lower end compared to other offices.

Appointments can be requested online. The office is open Monday through Thursday 8 a.m. to 4 p.m. and Fridays from 8 a.m. to 1 p.m. They can be found online at www.windhamdentalassociates.com or on Facebook. 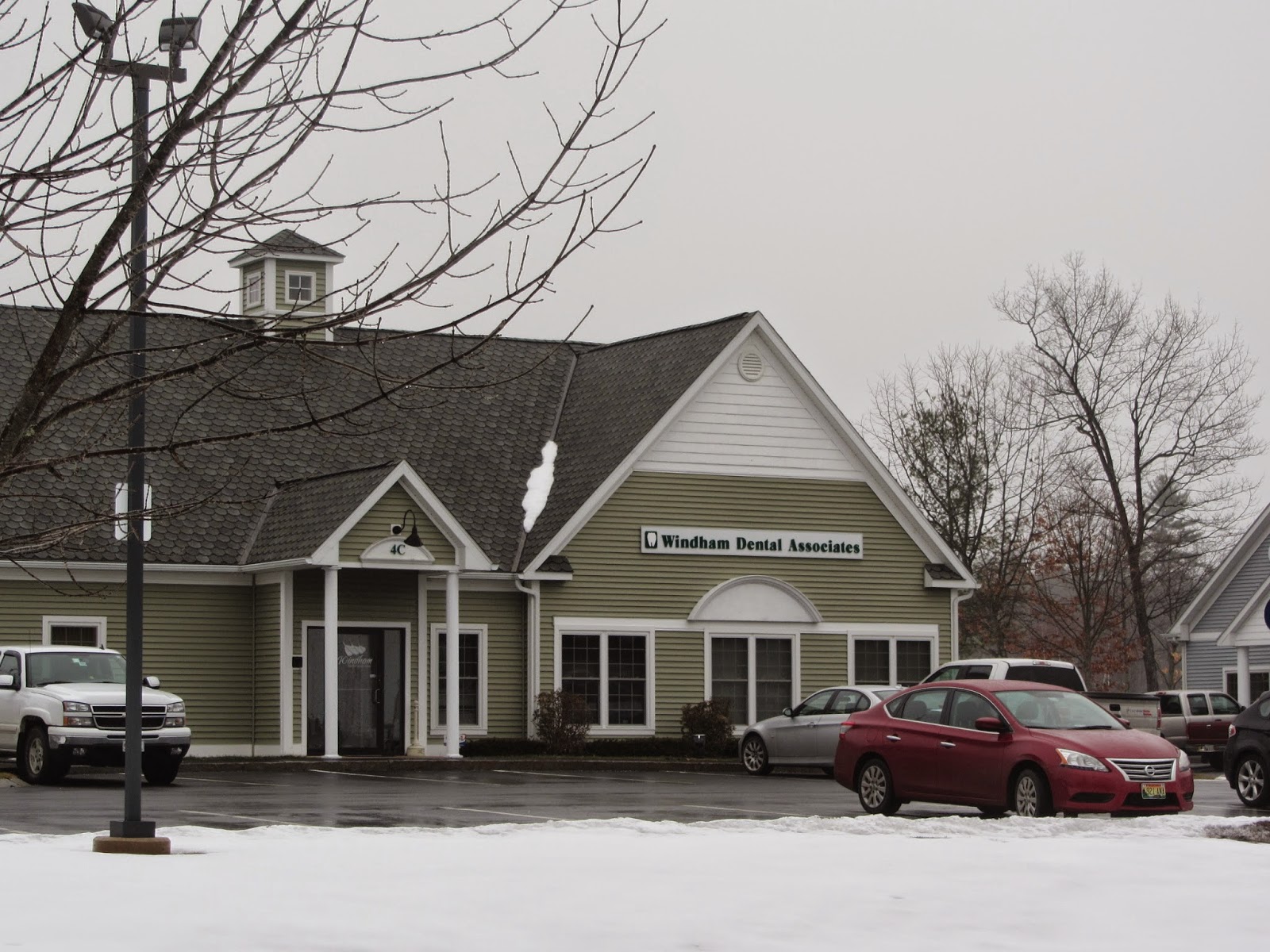 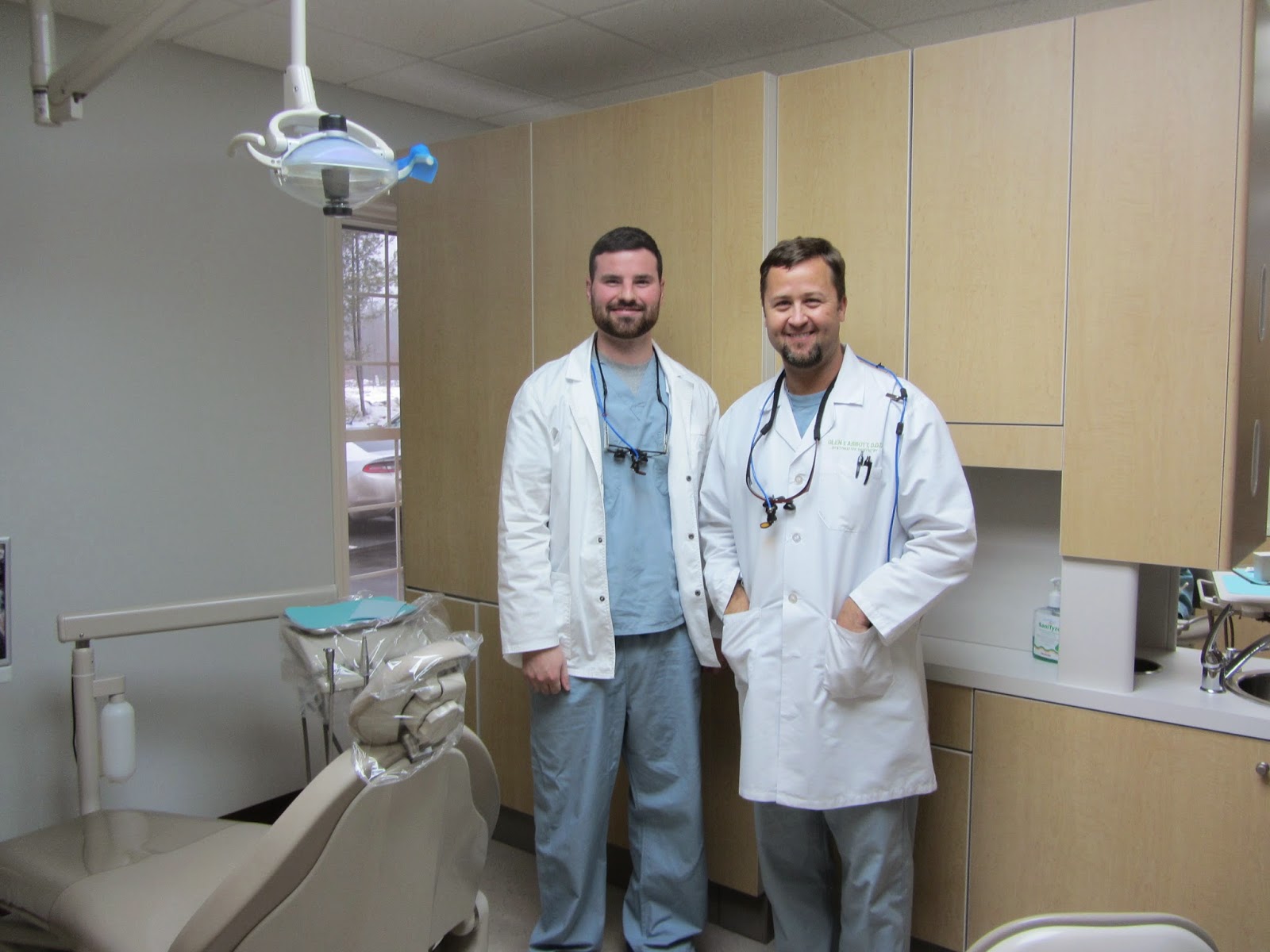 
Snowmobiles have moved up in the world, now having more bells and whistles than some automobiles. From heated hand grips and helmets to cushy seats with additional storage, an enthusiast or a novice can get out there and experience the world off the main roads in comfort and style. 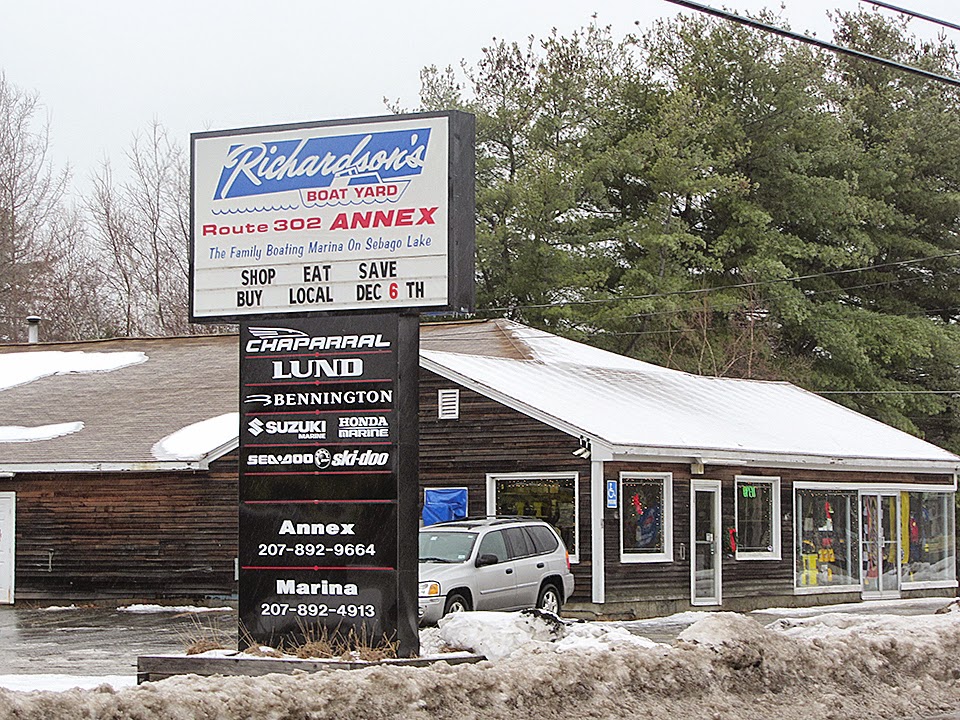 Richardson’s Boat Yard has put away the summer boats for the winter. Now at the Annex on Route 302 in Windham, Richardson’s sells top of the line snowmobiles, along with all the latest gear including gloves, jackets, pants, boots and helmets. Richardson’s has what any rider needs to get outfitted for an afternoon ride or a weeklong adventure to Northern Maine.

Richardson’s is on its fourth generation of owners for the boat yard on Whites Bridge Road. Rick  Richardson and his brother Jeff Richardson bought the Annex which was an existing boat and snowmobile dealership in 1997. With that addition, the company now had better exposure to Route 302 traffic, a storage facility and a service shop for Ski-Doo and Sea-Doo machines. 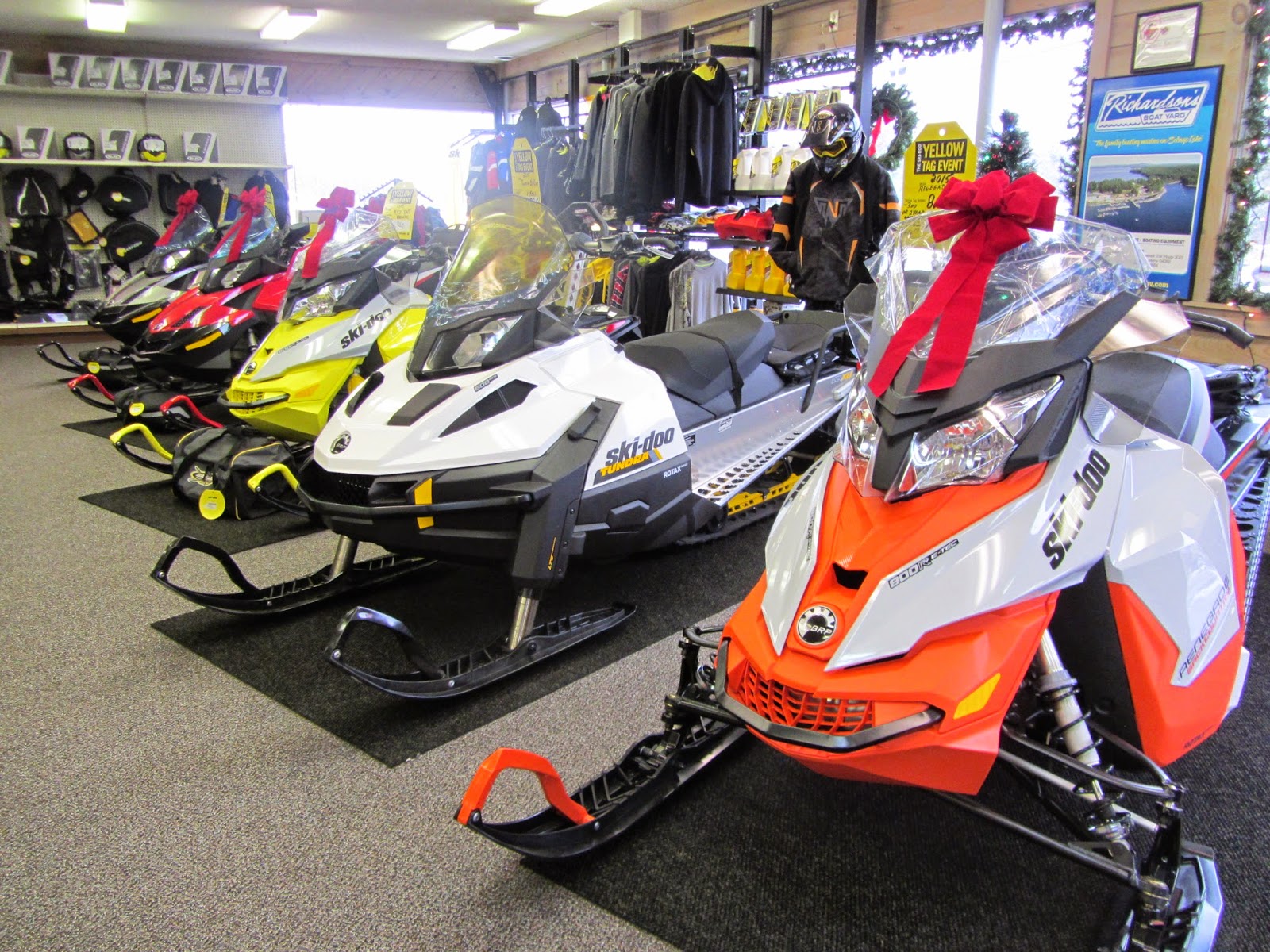 Richardson’s sells Ski-Doo snowmobiles, the number one selling sled in North America, according to Rick. They have at least 35 models or combinations, he said. Snowmobiles are “more dependable, fuel efficient, continually change and upgrade,” said Rick. They are made from aluminum composite for high strength and low weight, many of the sleds weighing in between 350 to 550 pounds depending on the model.

Customers come in to upgrade their machine, swapping what they currently have. Richardson’s occasionally has used sleds to sell as well.

“People are limited with the number of sports they have for winter time. People snowmobile as they are growing up and then carry on the tradition with their kids. The trail system in Maine is awesome and snowmobiling is a family friendly sport,” Rick said.

The riding season is “shorter than the boating season, most of it taking place in January, February, March and some April riding,” said Rick . A lot of people come back to tell the Richardson’s about their trips and adventures, giving Rick new ideas for where to take his own sled. He’s been riding for many years. There is a snowmobile club in Windham and the club house is right near the Annex, he added.

Richardson’s Annex employs five staff members who are knowledgeable about snowmobiles and all the gear and accessories.

“Customer service is very important for the buyers of the area. We get things serviced quickly and get them back on the trail. That’s the big reason people buy from us,” Rick said.

The Annex is open Tuesday through Saturday from 8 a.m. to 5 p.m. in the showroom and service department. 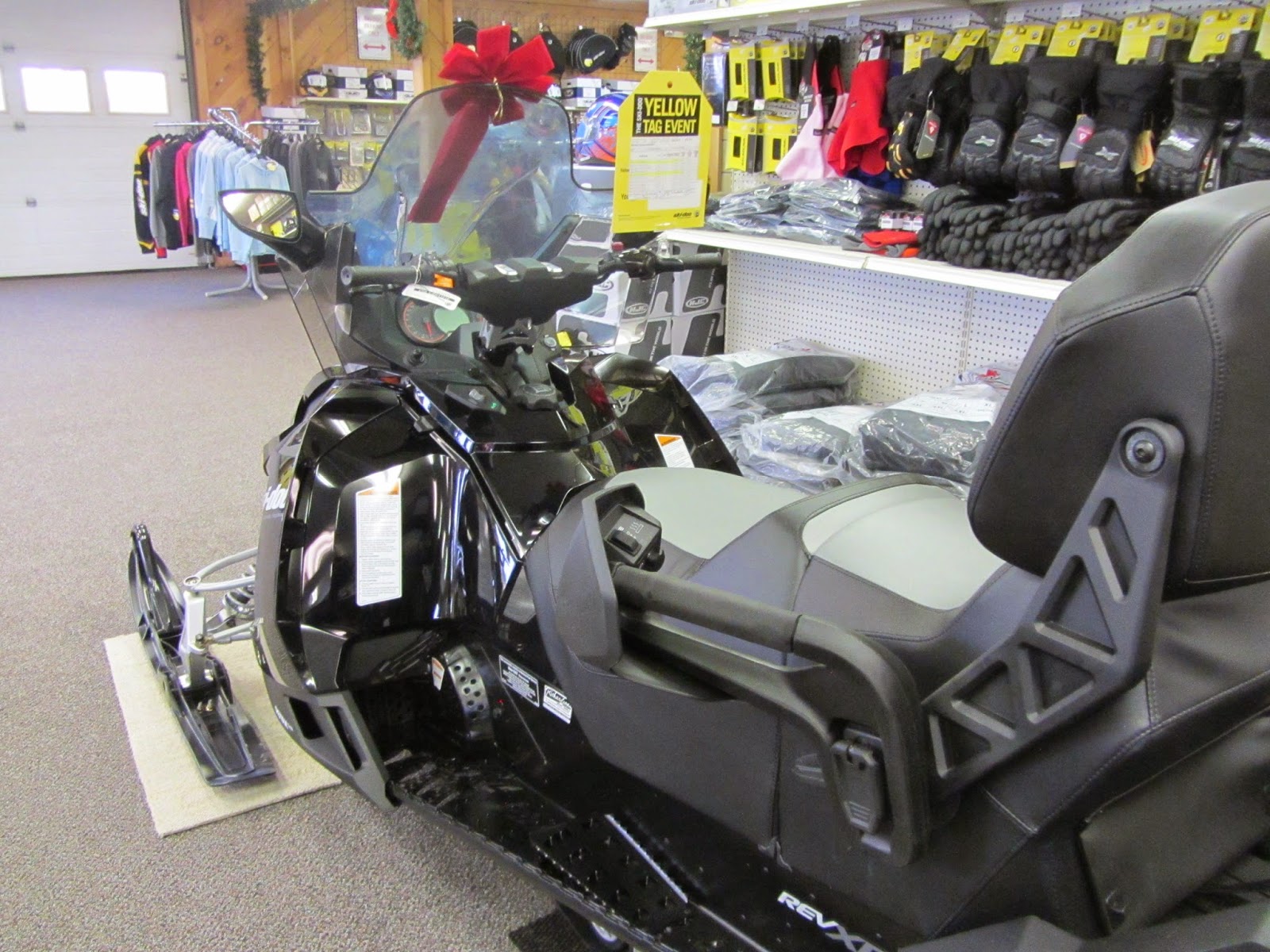 ‘Tis the season to hit the trails, so get out there and sled. If you are looking for a new machine stop by this weekend at their annual holiday event and find out which model is right for you and your riding needs. 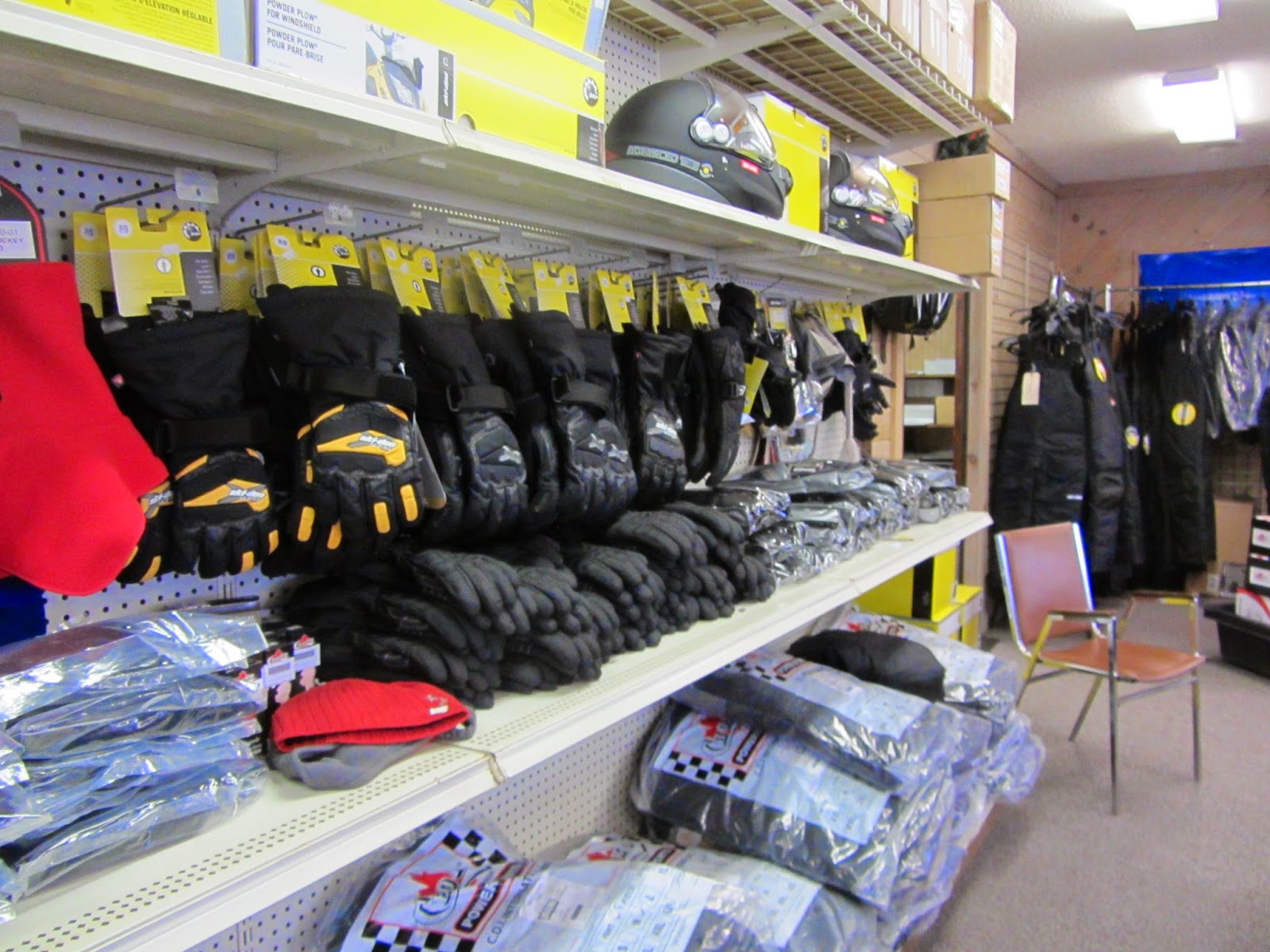 For more information visit www.richardsonsby.com, call 892-9664 or stop by at 850 Roosevelt Trail. Richardson’s is also on Facebook.
Posted by Michelle Libby at 9:54 PM No comments:


Dr. Mark Wasowski grew up being told that chiropractors were “quacks”, but 30 years later, he’s proving that aligning the spine through chiropractic care is a good way to stay healthy. 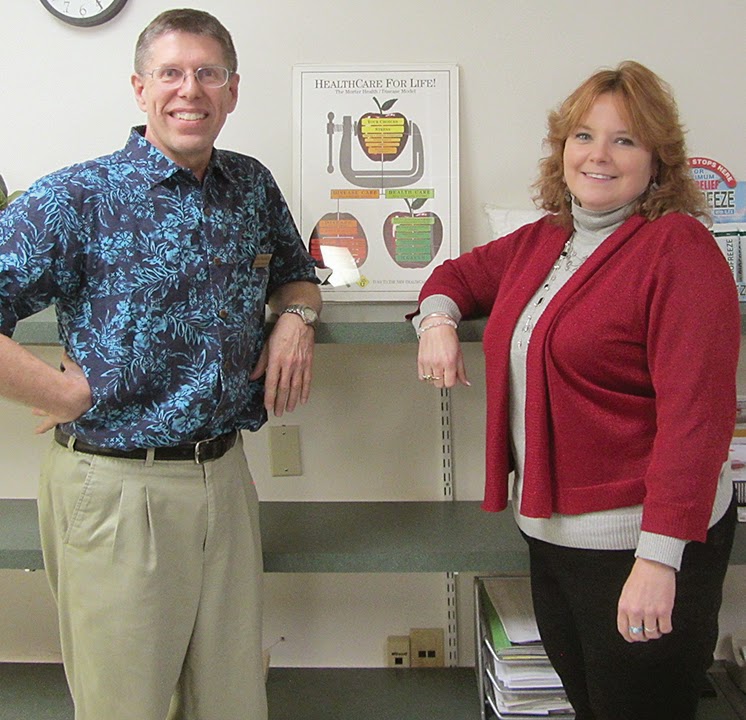 “My mom was on the floor and a nurse came to her to take care of her bad back,” Wasowski said. His mother went to a chiropractor and after an adjustment, she was better. “My dad wanted me to be a dentist or a lawyer.”


After graduating from the University of Maine at Orono with a degree in zoology, the pre-med track, he worked as an orthopedic tech, a roofer and metallographer and after five years decided to become a chiropractor.

“I liked the whole thing that the body heals by just removing he interferences (physical, chemical and emotional),” he said. He described the brain as a computer, the wiring is the nerves and the spine houses those wires. If garbage is put in, garbage will come out of the computer (the body).
Wasowski worked with Dr. George Roy as an associate. He was a mentor for Wasowski, teaching him techniques and business practices, he still uses today.

One man, named Charlie, had chronic migraines, according to Wasowski and after being adjusted by a chiropractor, he never got them again. A chiropractor in Auburn who worked on Wasowski got him thinking about his career path. 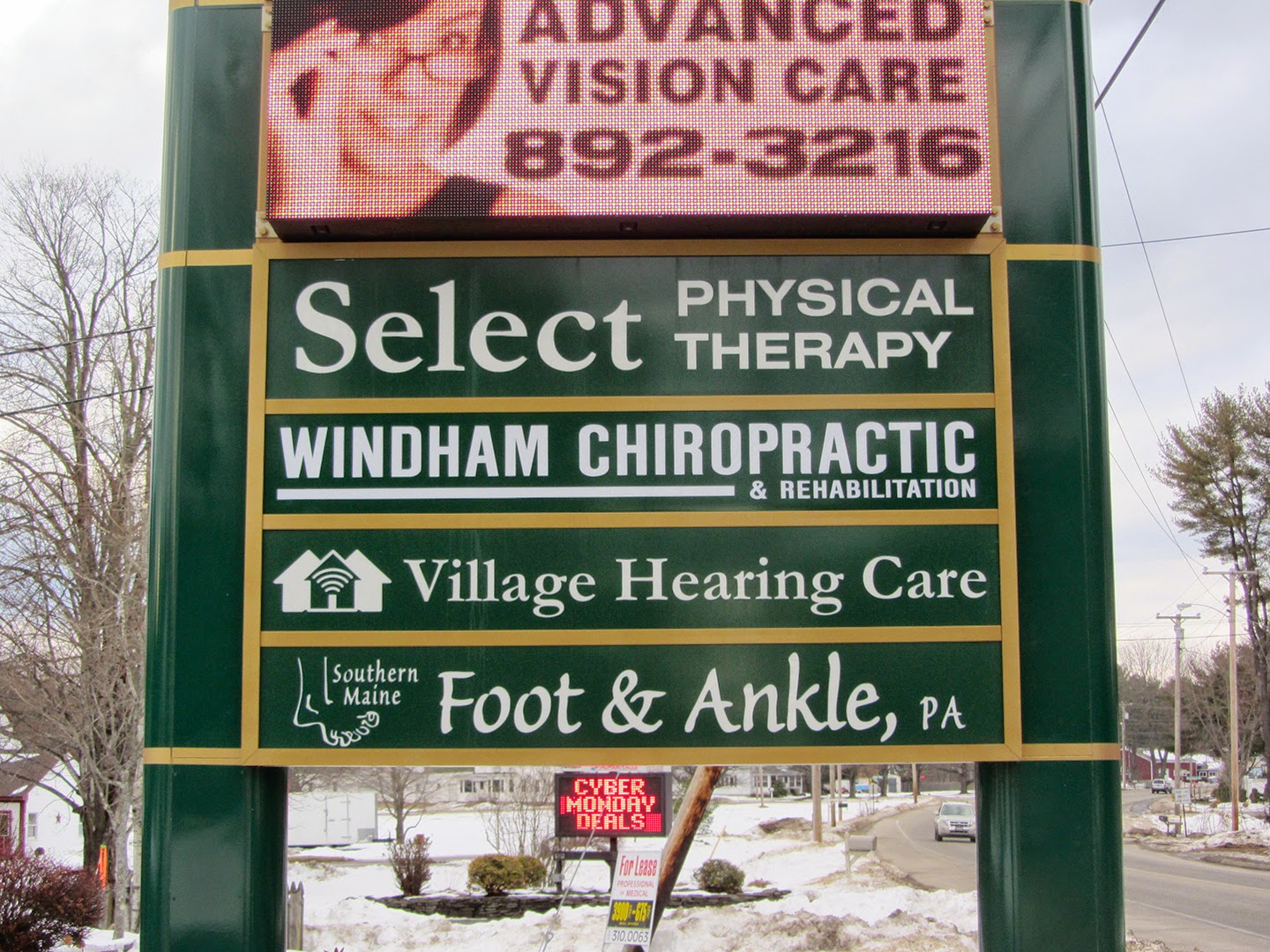 Wasowski started his practice in Windham in February of 2002. Last week, he moved his office to a new location at 584 Roosevelt Trail. He shares the new space with two other medical professionals, an audiologist and a podiatrist.

Wasowski is a Diplomate in Bioenergetic Synchronization Technique (BEST) and is advanced proficiency rated for activator use.

“I believe chiropractic is for everybody and the reason being, you have two things working against you as long as you’re here on Earth, plaque on your teeth and gravity. Gravity wins and you end up six feet under,” he said. People have to eat food every day for at least two and a half hours and because of that it is recommended that people see the dentist every six months and brush and floss regularly. Everyone gets two sets of teeth for their lifetime.

People only get one spine and there’s no way to learn or practice how to take care of it. “You can’t’ see what’s going on inside your spine,” Wasowski said.  Everyday people are sitting or standing 14 hours. It’s smart to go out every month or two to get your spine “cleaned” meaning adjusted. Just like cavities, spines sometimes don’t show issues of misuse until years later. Getting adjusted regularly can help with future issues, he said.

“The whole idea is to keep the body in balance,” he said. “Clients initially come in because of some specific pain or symptom.” Once they are over the “hump” it is up to the patient if they want to keep their spine aligned or if they want to wait for the next time there is pain.

Wasowski works on people of all ages, commenting that he’s done energetic balancing on infants including his own daughter the day she was born.

Chiropractic care is no longer thought of as non-medical. Chiropractors are receiving referrals from primary care doctors more and more. In addition to adjustments, Wasowski also sells orthotics, BioFreeze and special pillows. He is looking to get into more nutrition care.

Chiropractic is not for everyone. Most will feel better, a few will feel worse and some will see no change, however, it will bring back a range of motion for most people, Wasowski said.

Rebecca Andrews is Wasowski’s office manager and although new in the last few months, she worked for him years ago and is excited to be back, but in the new location.

For more information about Wasowski or Windham Chiropractic, visit www.windhamchiro.com or call the office to set up an appointment at 892-9001.
Posted by Michelle Libby at 12:13 PM No comments: