This is a huge problem for providers. It’s like having a spectacular amusement park on an island, but no ferry service to bring people out to spend money there. We need more WiFi. 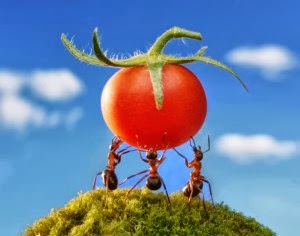 Public WiFi has come in many flavors, but the municipal efforts haven’t had a lot of traction. Partly because each city comes with its own headaches – unwillingness to fund them, lack of broad public support and fear of liability.

That’s what makes the idea of using people to make public WiFi networks so clever. Comcast has already started putting two, not one, wireless routers in homes. The first one is the private home wireless, and the other is for anyone in the public who happens to be close enough to pick it up. Public users can connect for free, twice a month for an hour, and after that, they pay.

What’s in it for the homeowner who is broadcasting WiFi for the neighborhood? They get to use any Comcast public WiFi in the world for free. Today that’s not worth much because there aren’t many locations broadcasting public WiFi, but eventually, that could be a pretty sweet deal.

Another example of this comes with the product called Karma. It’s a small device that you carry with you, that broadcasts a public WiFi as you use it. The more people who link to your Karma (it will take up to 8 connections), the more free capacity the Karma owner gets. Another sweet deal.

This is another example of addressing a public issue by distributing across individuals. This granular approach is replacing a centralized, infrastructure heavy, costly government run alternative. Even better, if it fails or if it needs upgrading, private companies take responsibility and pay for it, not public ones.

Posted by Michelle Libby at 6:00 PM