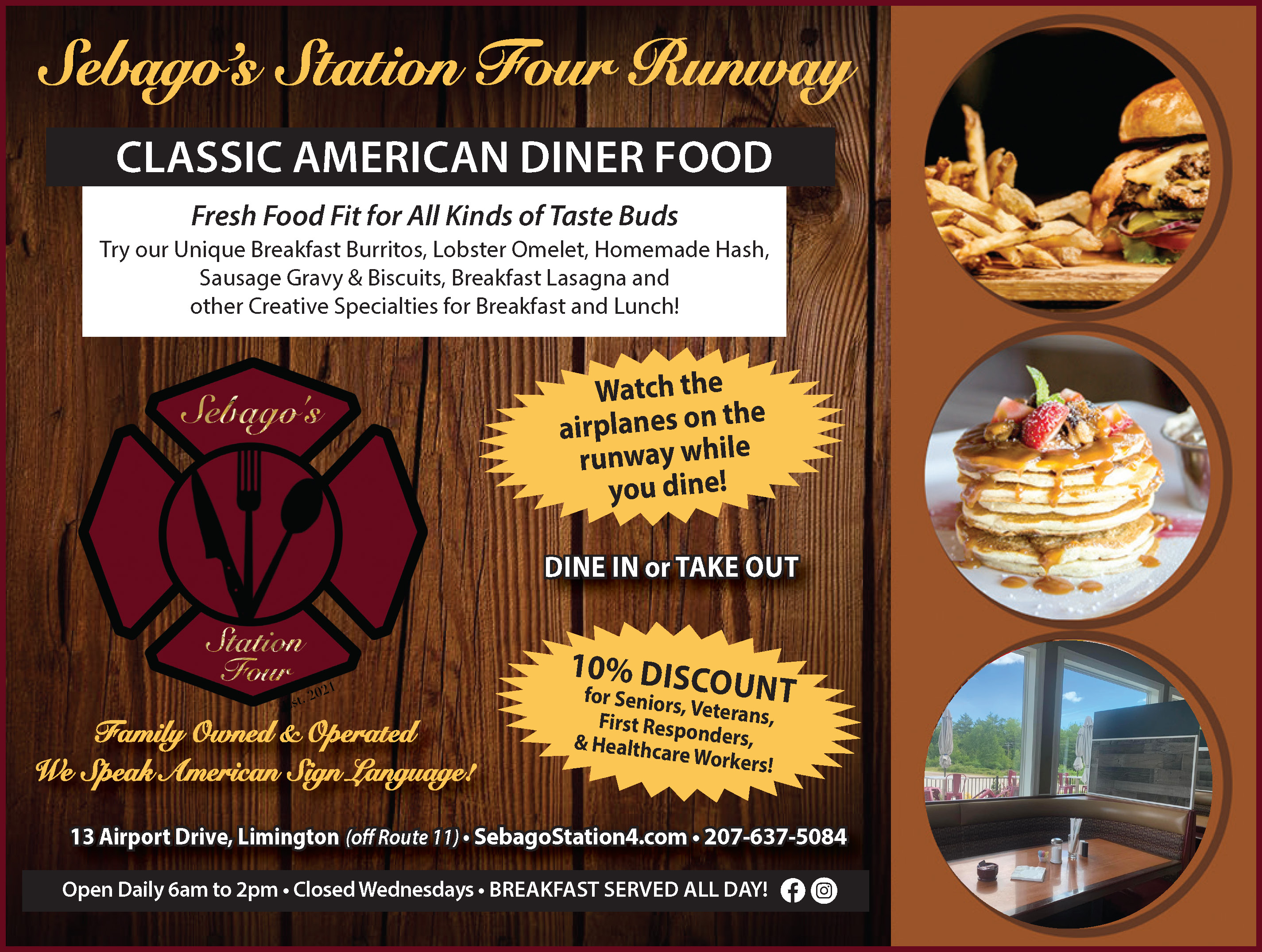 As dedicated professionals who put their lives on the line each time they answer a call for help,

firefighters know how important food can be and put a lot of effort into preparing tasty and healthy meals for crews on duty at the fire station. Now two retired firefighters are sharing the cooking expertise they developed on the job and the result is a diner featuring savory dishes that everyone can enjoy.

Chrys Nolan and her husband, Fred Harrington, are both retired firefighters who launched the Sebago Station Four Runway diner a year ago, recently relocating it from its original site in Sebago to a new spot at 13 Airport Drive in Limington, which is conveniently located on Route 11. 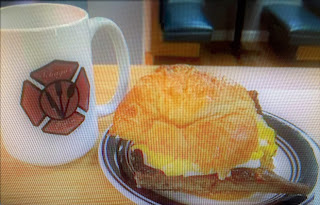 Breakfast is served all day and it’s a scenic spot for families to enjoy a meal and watch the planes taking off and landing.

They called the old building in Sebago when they were in the department “Station Four,” Nolan said.

“Sebago only has three stations, and Station Four was a local code meaning they were going to eat or meet over coffee,” she said.

The owners began slinging burgers, preparing meals and flipping eggs while attempting to serve the community in a whole new way.

“Instead of answering calls, we were now feeding the community they love so much. It became a hang-out for the locals, as well as a place to listen to one another,” Nolan said. “We are also known for helping and giving back to their community. As Sebago Days were going on, we had no problem after the diner closed for the day to cross the street and go across the road to cook for the Sebago's Fire Auxiliary.”

Now the public and first responders are enjoying the results of the couple’s devotion to great food and dedicated service to the community.

“The most significant aspect is our story. We are two retired firefighters who decided to start a diner, and neither of us went to school for it,” Nolan said. “We are known mostly for our breakfasts.”

This past year Sebago Station Four’s seven employees participated in the “Hike for Hospice” in which more than $2,000 in tips were collected and donated to the Gosnell House, a part of Southern Maine Hospice.

Nolan said that they have been such an influence in the community including “paying it forward” to locals who were short on cash and covering their bill, and in return, recipients “pay it forward” by paying for others’ meals in times of need when they were able to.

Both Nolan and Harrington are committed to shopping local and that means purchasing an array of local products such as getting their maple syrup from Greene's Maple Farm in Sebago.

According to the owners, Sebago Station Four often serves the community in ways the public doesn’t always see.

“We have built a family and care about our customers,” she said. “We have come to feel like a close-knit part of the family in many cases. We’ve had customers undergoing cancer treatment or in hospice that we’ve become friends with. Everybody’s part of the family when they eat here.”

“We keep the prices low so everyone can afford it,” Nolan said. “We strive to provide the best food possible.”

Nolan said her own favorite dish at the diner is a Lobster Omelet.

“I never had one until my husband made one for me and it is fantastic,” she said. “It’s a three-egg omelet with lobster meat and American cheese.”

Nolan and Harrington say the secret of a successful business is simple.

“You have to know your customers, provide quality food that tastes great, offer outstanding customer service, serve affordable food and be connected to the community,” they said. “That’s what we’re trying to do here at Sebago Station Four.”

For up-to-date menus and more, visit them online at www.sebagostation4.com or find them on Facebook at www.facebook.com/sebagostation4 <