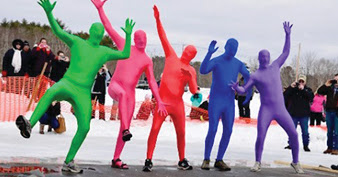 The calendar may say February and temperatures could dip well below freezing, but that won’t halt the resumption of the annual Polar Dip and Ice Fishing Derby the weekend of Feb. 20 at Raymond Beach.

Both events will have a slightly different look this year as a result of COVID-19 precautions and the Polar Dip will have a new sponsor in the Sebago Lakes Region Chamber of Commerce, but it’s all intended to be a spirited good time to raise money for deserving local charitable causes.

As far as the Polar Dip goes, the event resumes in 2021 after there was no Polar Dip last year.

Mullins said the chamber is excited to be a part of the Polar Dip because all proceeds stay here in the Sebago Lakes Region and they are able to host the festivities despite COVID-19.

Because of some virus restrictions, Mullins said they only have spots for 12 teams for the Polar Dip and spots are filling fast.

“So if anyone wants to join the fun, they need to sign up ASAP,” Mullins said. “In order to participate, jumpers need to get at least one donation (sponsor forms are on the chamber website) for Feed The Need. There will be prizes donated by Hannaford Supermarkets for teams raising the most funds and for the best team costumes.”

She said because of limited space, the chamber does not expect donations to exceed more than $5,000.

“We will also be limiting the amount of people viewing the event in-person. We will have jumpers videoed and will have on Facebook Live so family and friends can watch brave jumpers take the plunge,” Mullins said. “We do have other alternatives if people want to give, but do not jump into the frigid Sebago Lake in mid-February.”

“Or they can give directly to Feed The Need via our website,” she said.

Information regarding Feed The Need and participation in the Polar Dip or other winter challenges can be found at www.SebagoLakesChamber.com. 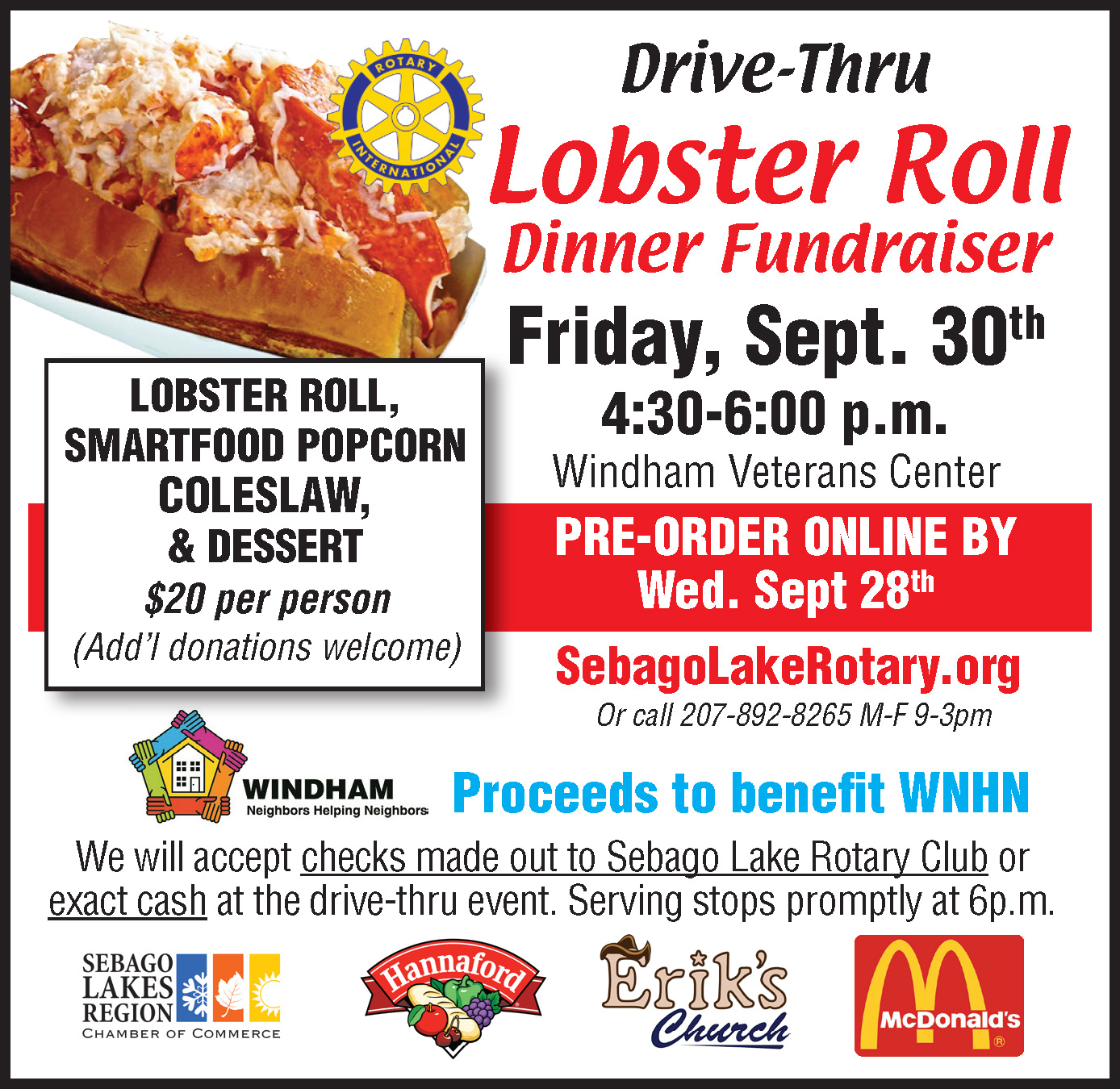 The Ice Fishing Derby was the idea of Sebago Lake Rotary Club member Tom Noonan in 2001 and in cooperation with the Maine Inland Fisheries and Wildlife Department. It has grown to become the rotary club’s largest fundraising effort and has supported hundreds of charities over the past 19 years donating over $1 million in that span.

In 2014, under the leadership of Rotarian, Toby Pennels, the derby gained notoriety as one of only four derbies in the United States to be featured in a new television program being filmed for the National Geographic Channel and ran in June 2014.

This year’s derby welcomes a new Gold Sponsor, General Dynamics/BIW and official media sponsor, Channel 8 WMTW | Maine’s CW for 2021. The derby will be held Feb. 20 to Feb. 21 and the grand prize will be a 2021 ATV purchased from Windham Powersports, and every entry will qualify to win even if they do not fish.

Proceeds will benefit the Salvation Army, food pantries and other Rotary focused charities. The club is also adding an Ice shack contest this year and a 50/50 raffle to benefit wildlife conservation, with details on the icefishingderby.com website. <
Posted by Ed Pierce at 2:29 AM