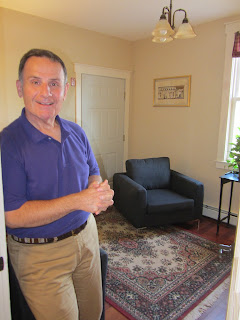 With many years of life experiences, Dr. Dana Reed has finally reached a point in his life that he was been working toward since he was a young man. He has his pastoral counseling license for the State of Maine and has set up his practice at the rotary in Windham.


“I always wanted to be a counselor,” said Reed. “It was a logical progression for me as a Navy chaplain.”

In addition to being a Navy chaplain, Reed taught six years in public education before getting his Masters of Science in guidance counseling at 29 years of age. A call to ministry put his counseling dreams on hold temporarily. He attended a seminary school in Bangor in 1983 and earned his Master of Divinity and was called to his first church in Raymond. While there he decided to attend Andover Newton Theological School in Massachusetts, where he earned his Doctorate in Pastoral Counseling. Reed then went to the University of Maine as a chaplain. After four years he returned to Windham to be the pastor at the North Windham Union Church. During his tenure there, he was mobilized as a part of his Naval Reservist position.

While working with service men and women he did a lot of counseling for everything from financial issues to how to deal with what they were seeing while on active duty.

This taught Reed how to work with people from all religions and those with no religious background.
Maine is one of six states that license pastoral counselors like barbers or massage therapists. “It brings two things, credibility from the state that you are qualified academically and trained to render services appropriate to that profession. Secondly, insurance. I am recognized by majority of third party reimbursement insurance carriers,” said Reed. 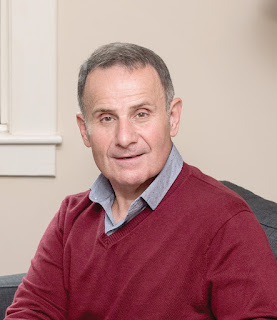 There are a few types of therapists including licensed clinical social workers, licensed clinical professional counselors and pastoral counselors. Reed characterizes a pastoral counselor as “I’m a counselor who also happens to be an ordained clergy person/pastor.” He is academically trained and also has the religious training. He uses a variety of forms of counseling from behavioral based, solution focused to brief therapy.  How he chooses which way he counsels is based on an initial screening and history of the client. “I make a determination on what approach or modality works best in their case. I work across a spectrum,” he said.

Many people have chosen to work with Reed because they are attracted to the spiritual standpoint he has. “As an added benefit, I could pray with you,” he said, but said that he works with all people of all denominations and those who do not have a religious background. He is not here to promote a religion, but to provide and facilitate counseling. “I do not have a heavy handed approach to religion, but they can engage it if they want,” he said.

“Head and the heart. I’m always trying to strike an understanding that two are part of the same one.  The head is science and can be measured. The heart can’t be quantified or analyzed,” he said. “Faith can’t be measured and can’t be touched.”

The clients he works with, from high school aged to senior adults, are dealing with trauma of divorce, loss of a loved one/death, vocational/ job loss, transitions in life, empty nest, downsizing, families in turmoil, people who want something more and are questioning life.

“I’m more life oriented,” he said. “I work with people who are grasping for a handle on living a more productive and meaningful life. I have an inherent belief in the power of the Holy Spirit to lead individuals into a solution that is right for them. Pastoral counseling becomes the context for which that power is realized in individuals and families.”

Reed is married with two older sons and has been involved in the community for thirty years in churches, the school system and Scouting.

Reed’s office is across from Seavey’s in the Pleasant River Properties at 46 Lotts Drive. The intimate setting has privacy and accessibility. His hours are Monday through Friday 10 a.m. to 5 p.m. He can reached by email at Dana.C.Reed@roadrunner.com, by phone at 207-653-6593 or on his website at www.danareedcounselor.com.

Posted by Michelle Libby at 5:55 PM