Raezors Salon & Spa on Storm Drive in Windham is reinventing itself after 10 years in business. The three stylists have a combined 65 years of experience in the beauty industry and they are soon to be an exclusive Paul Mitchell Focus Salon. 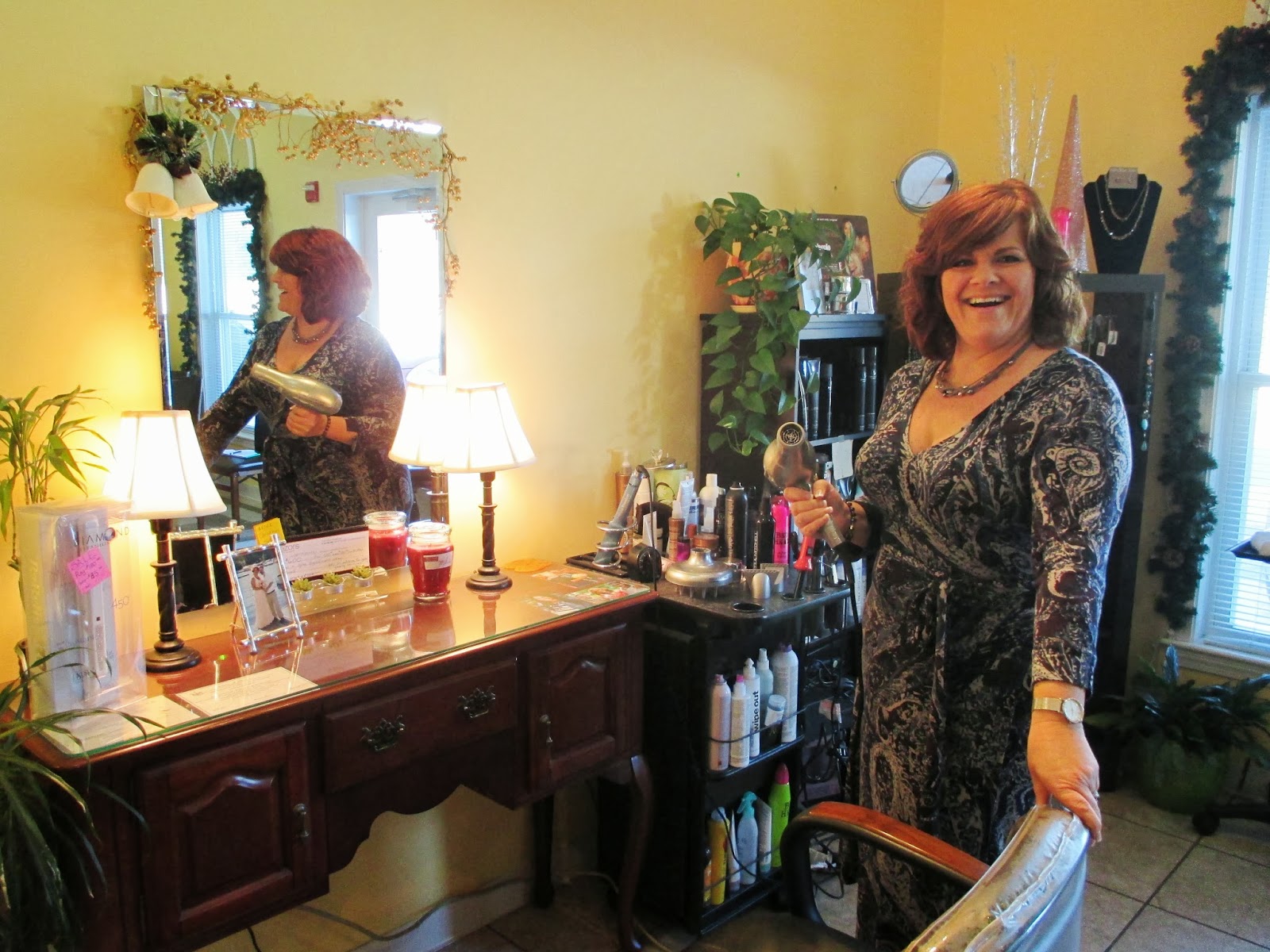 The salon offers many services like hair, massage, facials and soon they will be adding tanning.

The look in the salon is bright and cheery, Worthing said. “People really love it.”

The salon is owned by RaeAnn Gordan, which is where the Rae in Raezors came from. The other stylist is Corbi Duquette, who is also an aesthetician and does facials. Lauren Hebert does massage and Bonnie Gardner Drumm is the permanent cosmetic technician, tattooing on eyeliner or eyebrows. 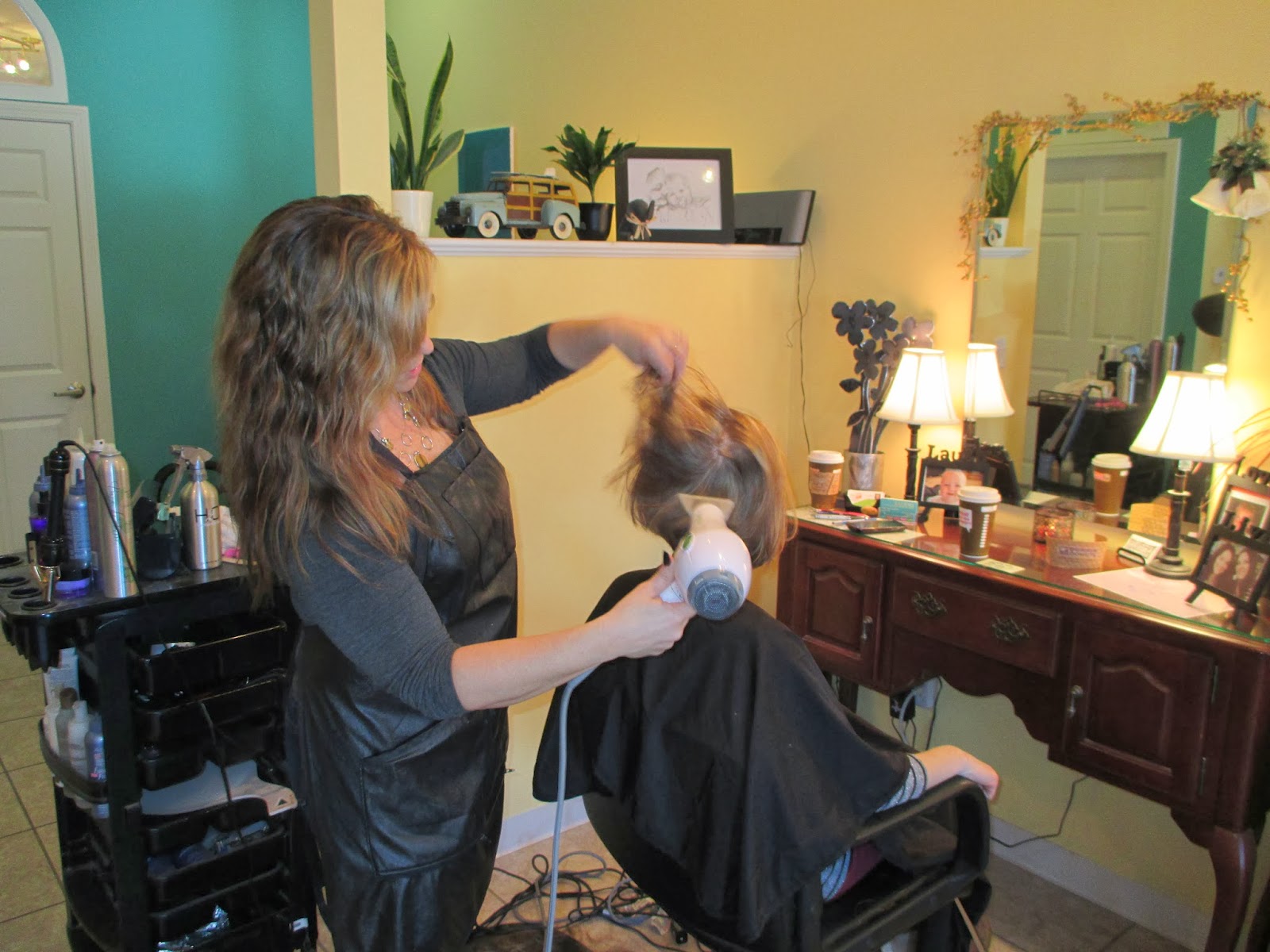 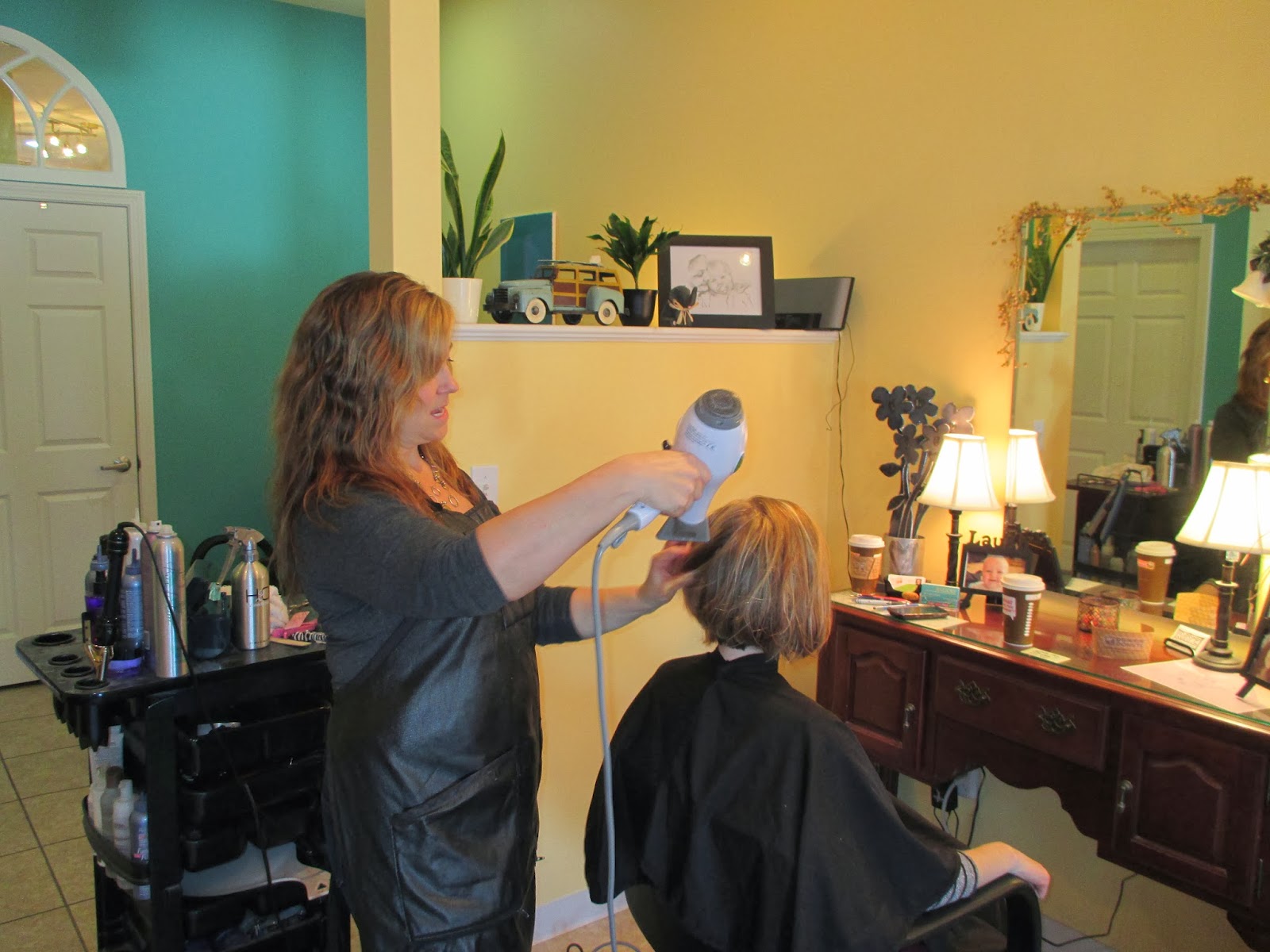 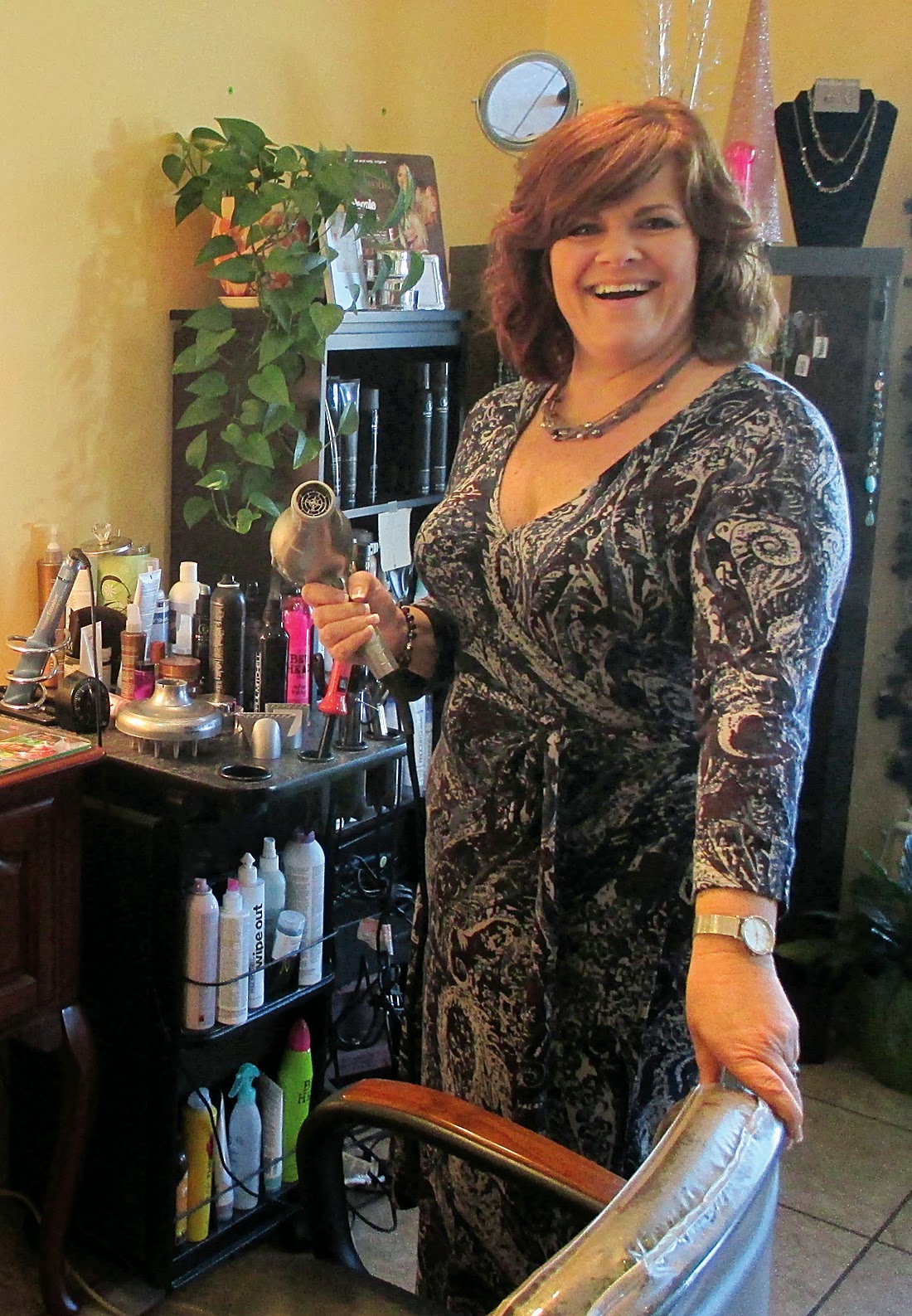 The stylists attend a lot of trainings, up to four per year, including some in Europe. “Our cutting skills are primo,” said Worthing. “Color is also a forte of all of ours,” she added.

Duquette does makeup for wedding, proms and special occasions in addition to her other skills and soon will be doing pedicures.

While waiting, clients are offered coffee, tea and wine. Each stylist prides herself on assessing a person and determining what would look best on them, taking into consideration in what they would like.

Looking forward to the spring, Worthing expects that color will be huge. “Coloring is always a great option. They can change a look for as little as $40.” Looking to feel fresh or do something new to get out of the winter doldrums, color could be the right option, Worthing said. The salon also has an ammonia free demi-permanent color line. 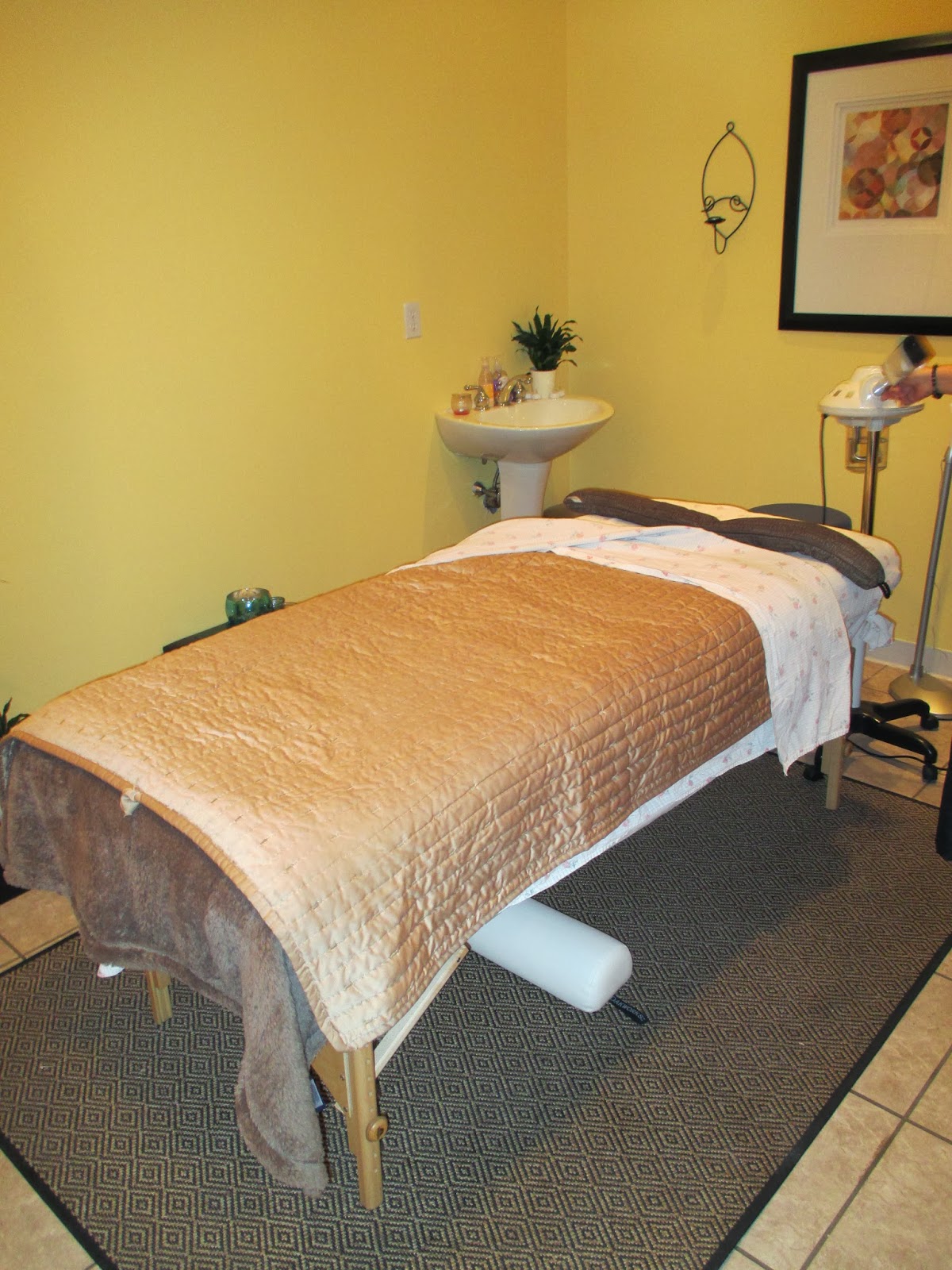 “None of us look at it as our business. We look at it as a craft. We love what we do. We love doing hair,” said Worthing. “We’re not just here to cut your hair. It’s an experience.” 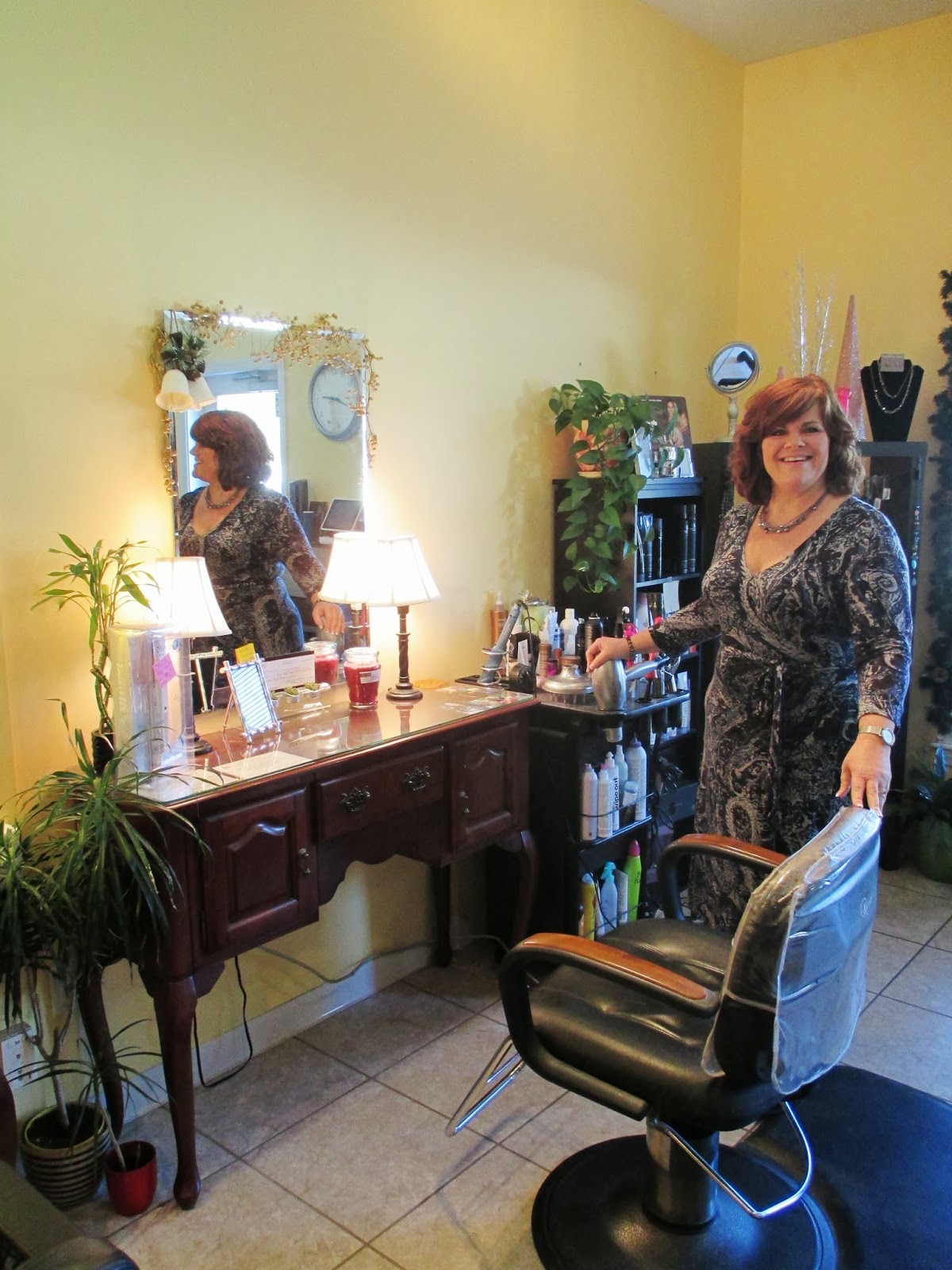 To reach the salon call 893-2226, see them on Facebook or visit 7 Storm Drive. Walk-ins are welcome, but it’s best to make an appointment.


On Friday and Saturday, February 14 and 15 Suzy and Bryce Cropper will take to the stage at North Windham Union Church to put on “Love is in the Air,” a special Valentine’s revue of love songs from both traditional and contemporary Broadway musicals.


The Croppers, owners of Main Stage Productions in Windham, have shared a love for musical theatre since they met in college, and spent their first date at a musical. After getting married, the couple spent a summer doing two shows a night in an amusement park musical revue. Now the parents of five children ranging in age from 3 to 16, Suzy said, “Although we occasionally perform, we have chosen to limit our own participation as performers to focus on our family.” Instead, in early 2011, the Croppers remodeled their basement, added a dance studio with a professional floating dance floor and mirrors, and started Main Stage Productions. The company trains students ages six to18 in multiple elements of the performing arts – singing, dancing and acting. “Our focus now has been on channeling our love for the performing arts into developing the next generation of performers,” said Suzy.

The Croppers are putting on the show to raise money for expansion of Main Stage Productions. “We are growing and feeling a bit squished in our current rehearsal spaces,” said Suzy. “Our vision is to continue to grow into a performing arts academy that will provide "triple threat" training. We envision becoming a training hub for our region so that youth in our area can have the opportunity to develop the skills and live performance experience that will help prepare them to be able to walk into an audition and feel confident whether for a local production or the world's biggest stages,” she added.

Students have various opportunities to perform locally, including at Windham Summerfest, the Yarmouth Clam Festival, Portland Music and Arts Festival and at Barbara Bush Children’s Hospital. This summer their teen group, Vocal Motion, will perform in New York City, and receive training from Broadway professionals.

There are many benefits to be gained at Main Stage, said Suzy, including learning harmony and solo singing, microphone technique, multiple styles of dance, audition preparation, studio recording experience, showmanship, confidence, a sense of accomplishment and affirmation, working together with peers, and forming lasting friendships. Main Stage Productions has a student base of around 40 children and teens from Windham and nearby communities.

Suzy said they are thrilled to be a part of the Windham community. “Windham and the surrounding areas have a strong tradition of embracing and supporting the performing arts. For a comparatively small community we have been amazed at the talent that comes out of this region,” she said.

The Croppers are excited for the upcoming show, which is the first event of this type that they have undertaken. The song list for the two-hour show will include classics from favorite shows like Carousel, The Music Man, and Phantom of the Opera, as well as from less well-known shows like Catch Me if You Can and Side Show. The cast of five includes the Croppers, Shelbi Wassick, Patrick Martin and Dvorah Governale. Both Martin and Wassick are alumni of Windham High School, and have been involved with numerous local productions.

Cast members are enthusiastic about their participation in the show and their support of Main Stage Productions. “I am, without a shadow of a doubt, doing this show to support the kids who are in Main Stage and the ones I hope will come,” said Wassick. “Main Stage Productions offers a safe environment for kids to grow in the performing arts, grow their confidence and grow themselves. I only wish there was a program like this when I was a kid!"

Governale said she is thrilled to participate in the Valentine’s show, which illustrates what Main Stage has to offer to the youth in the community. “Having been involved in the arts my entire life, I feel very passionate that our children have the resources available to them to development their talents. Main Stage provides that very opportunity,” she said.

The $25 admission price includes not only the show, but also a dessert reception immediately prior to the event. The dessert reception begins at 7:15 p.m, and the show goes on at 8 p.m. both Friday and Saturday evenings. Tickets can be purchased online at www.valentineshowinwindham.com.

A shortened version of the show for children will be presented on Saturday afternoon. Tickets for this matinee are $5 and can be purchased at the door. Suzy said they hope to attract their students to the event. “We spend so much time teaching them, and they often tell us that they wish they could see us perform. Now is their chance,” she said. “We are very excited to share our talents with these wonderful young people who inspire us each day.”
Posted by Michelle Libby at 3:03 PM No comments: 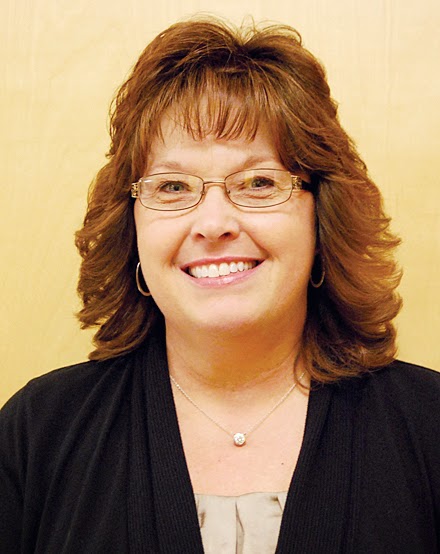 Gorham Savings Bank recently presented employees Cheryl “Cheri” Perry and Julie Case with the 2013 Gorham’s Greatest Customer Service Award. This prestigious award is given annually to two individuals who demonstrate great customer service and are role models of the bank’s tenets of customer service. The peer-nominated candidates were carefully reviewed by a selection committee with special focus on each nominee’s commitment to both internal and external customer service. Ms. Perry is a personal banker II at the bank’s Standish branch and Ms. Case is senior risk and compliance officer located at the bank’s operations center in Gorham. 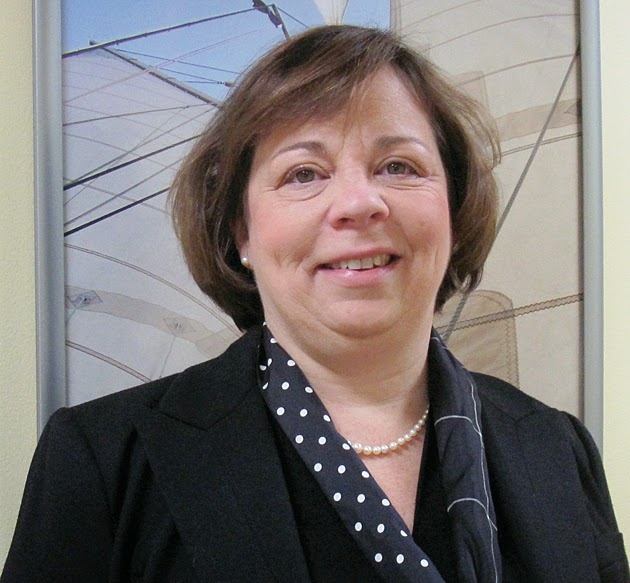 Gorham Savings Bank is a progressive, growing community bank based in Gorham, Maine, with offices throughout the greater Portland area. Their reputation for solid management and excellent customer service has made Gorham Savings Bank a premier banking organization for over 140 years.

Posted by Michelle Libby at 4:02 PM No comments:


TLC Realty doesn’t stand for tender, loving, care, in fact, the name TLC is based on strong business principles of trust, loyalty and commitment (TLC) led by customer service that permeates everything the company does.

Owner Tammy Caron opened TLC Realty almost one year ago dedicated to giving her customers, both buyers and sellers, exceptional service. With 14 years of experience in the Cumberland and York Counties, Caron had seen how some companies worked and she knew she had a unique vision for her real estate team. 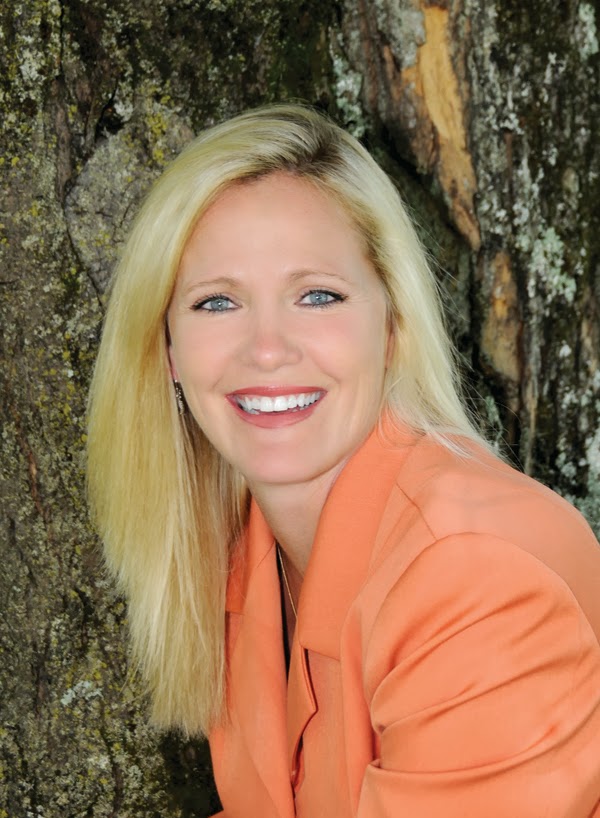 “It’s a big commitment. I saw being a buyers or sellers agent, customer service went by the wayside,” Caron said.

She has some requirements for her four agents. Number one is the agents are not allowed to use lockboxes. Someone from TLC Realty is always at a showing. The second tenant is “everyone deserves to have the same level of commitment. We treat everyone the same way for a $500,000 house or $125,000 house,” said Caron.

When she or any of her agents sit down with a potential listing, they are given a current reference list of past buyers and sellers. Most clients say, “I’ve never had anyone give a reference list,” Caron said.

The third rule is “I do not compete with my agents. If they’re successful, I’m successful,” she said.

The tenants she’s living by must be working because in four months she had $1.3 million in sales alone. Her agents were also successful.

Communication is big for the company. On Fridays, all agents are required to contact their clients by email, phone, text or whatever way they usually communicate. “This is so people don’t feel forgotten,” she said.

Giving a fair market analysis is also an important part of TLC business. When Caron gives suggested selling price, she has based it on area “comps”, comparisons. Just setting a price to make the seller happy doesn’t get the house sold and that is the ultimate goal, said Caron. “We do not take over priced listings.”

The best sellers are people “who listen and someone who wants to list with you. Today sellers and buyers are extremely savvy. We have to trust each other and make sure that the seller has a realistic goal,” said Caron.

For buyers, TLC Realty gives them, at closing, a rebate on their general building inspection or 100 gallons of home heating oil, in addition to the superior customer service.

Agents are available in the office and by phone 24-hours a day, 7-days a week. The market is starting to pick up. TLC Realty has started listing many new homes this past week. Waterfront property owners should be looking to put their homes on the market soon before the market becomes flooded.

Buyers are out looking at properties already. “It’s been a long winter. People want to get out and look at properties,” Caron said.

Caron is a member of the Greater Portland Board of Realtors. FMI, visit www.TLCRealtyME.com or call 207-893-8068.
Posted by Michelle Libby at 3:53 PM No comments: