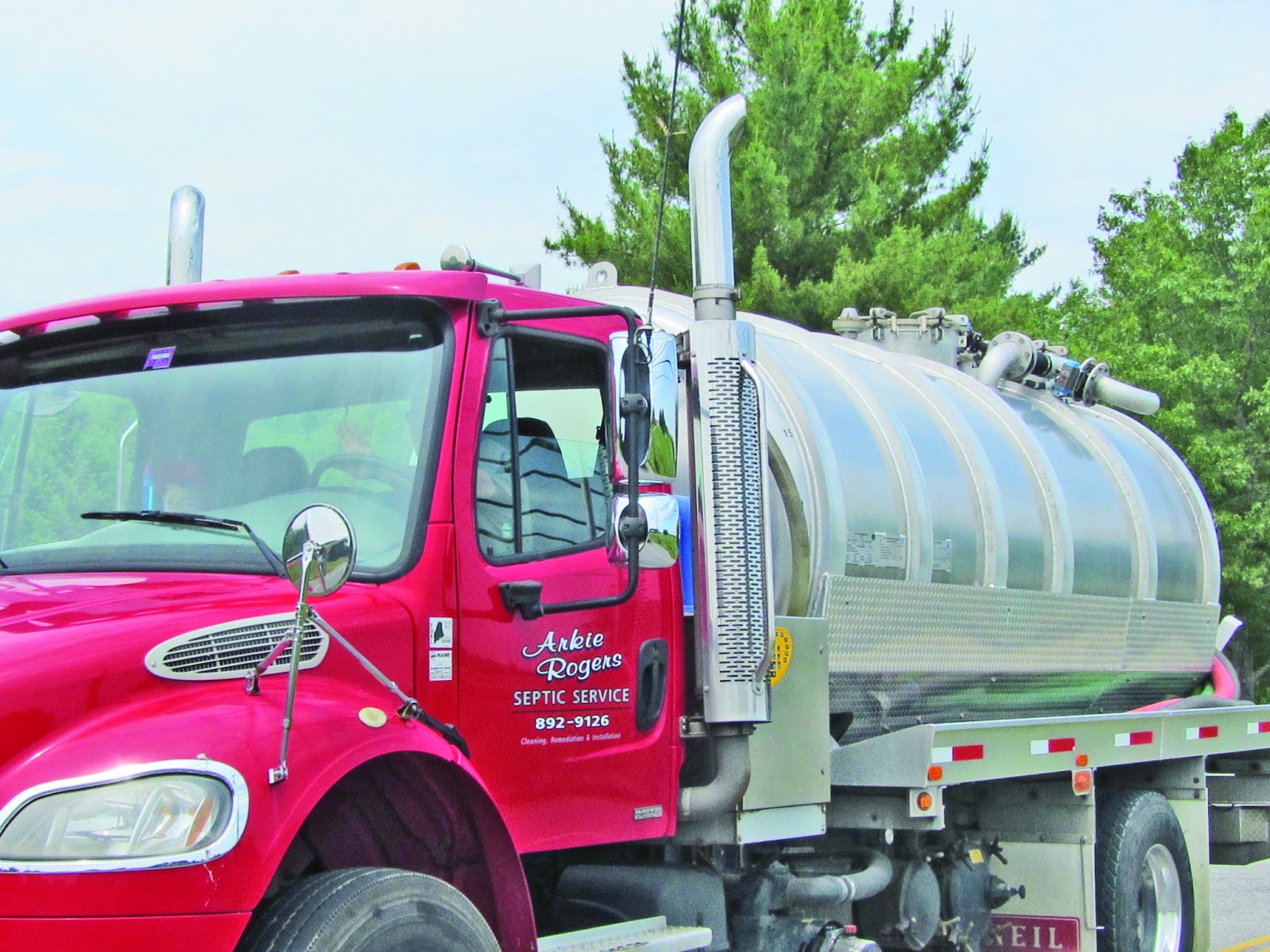 In 1964, Arkie Rogers started providing a much needed service. Now, the third generation of Rogers family owns and operates Arkie Rogers Septic Service. David, Joan and Dan Rogers bought the company in 1989 and have continued to build their reputation in the lakes region. From Scarborough to Bridgton, the red trucks can be seen on the road year-round doing both commercial and residential work. Septic services are more than just emptying a septic tank, which of course they do, but it’s also maintenance, repair, instillation of new and replacement systems, installing septic pumps, jetting service to remove blockages and tree roots, video camera capability, septic inspections and scheduled maintenance program for those who don’t want to think about when they last had their system checked. Arkie Rogers is also Maine Department of Health and Human Services certified.

The company employs seven people and has five trucks.
“We’re busy. We have a lot of repetitive customers,” said Joan, who is the treasurer of the company.

All of the waste is taken to Auburn-Lewiston, Portland or Westbrook treatment plants.

Despite what people may think, septic service is not a messy business most of the time. New trucks called “jugglers” separate the water and the solid waste making the new trucks environmentally sound, Joan said. In the old days if a hose broke it wasn’t a good thing, but now it’s less likely to happen with advancements in equipment.

“It’s not fun to smell the trucks,” said Tammy-Jo Ladd, who works for the company.

As a general rule, a family of two should pump their tank every five years. A family on 4, every three years and a family of six, every two years.
For more information or to schedule service, visit www.arkierogersseptic.com or call 892-9126.

Posted by Michelle Libby at 2:35 PM