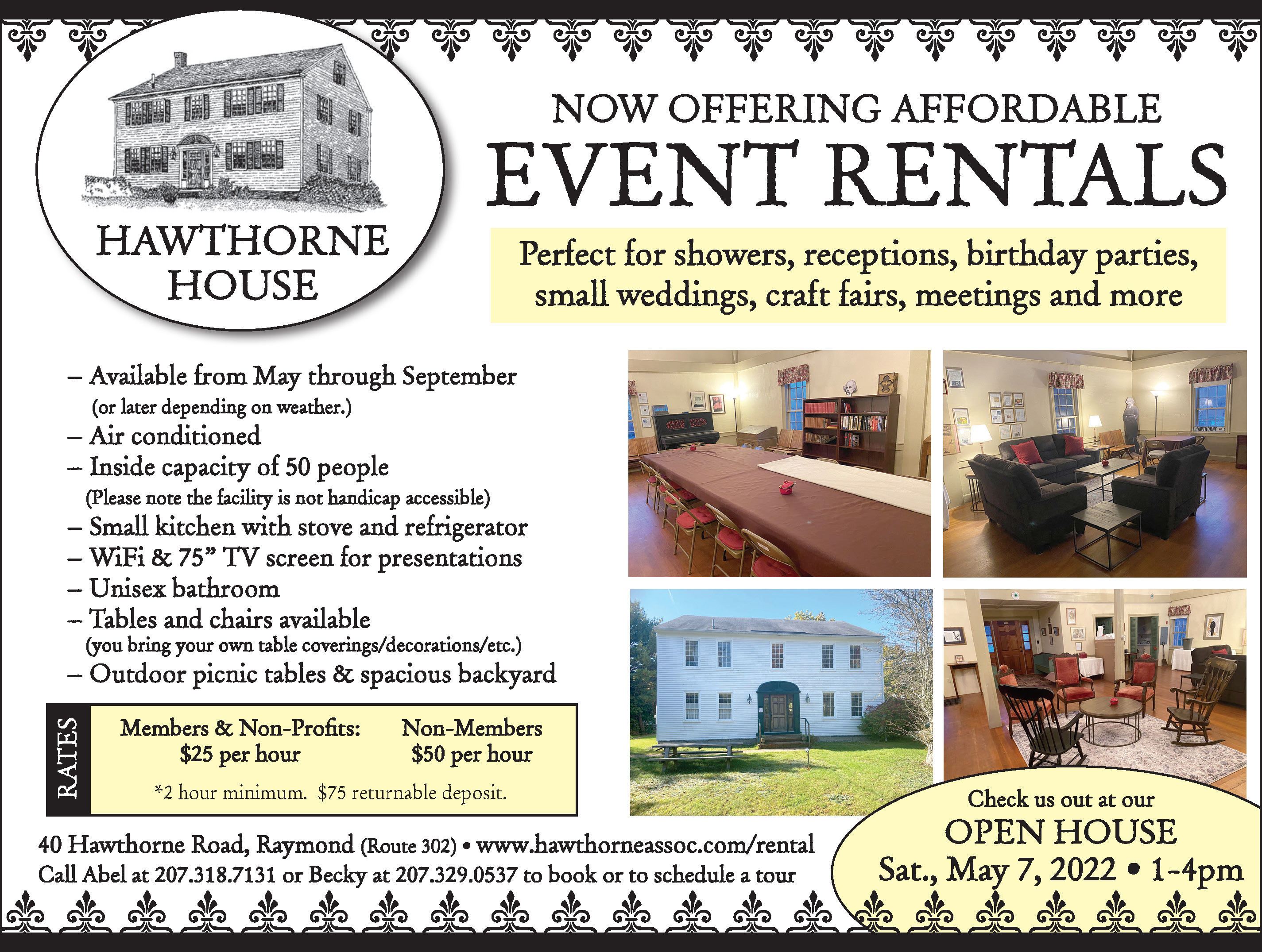 The childhood home of Nathaniel Hawthorne in Raymond is where he dreamed of becoming an author, came to admire nature and all its beauty and inspired his love of storytelling. Built in 1811 and listed on the National Register of historic places, the home has been renovated and is now available as a meeting and gathering space for up to 50 people at a time.

Located at 40 Hawthorne Road in Raymond, The Hawthorne House is suitable for future use by the public for a variety of functions.

Historically the Hawthorne House has functioned as a quasi-museum, however since in the late 1880s the interior was largely removed, and it became a large open interior space with historical significance as the childhood home of Hawthorne, who gained everlasting fame in American literature for his novels The Scarlet Letter and The House of the Seven Gables. The board overseeing the restoration project of the landmark structured has determined the house is best served for small meetings for local organizations.

“Although the Hawthorne House is a historical landmark and is open to all we are limiting our ‘approach’ as a community center predominantly for organizations in Raymond and Windham,” said Tom Ewig, a Hawthorne Community Association board member.

Ewig said with the renovation work performed on The Hawthorne House, the board has taken a shell of a structure and is trying to make it more relevant to the local area.

“The whole point of our efforts, which have included almost $100,000 of renovations to the foundation/exterior and interior, is to make the building more relevant to our neighbors as a place for meetings and functions instead of it remaining largely unused for much of the year,” he said. “We want our neighbors to know where we are, what we are, and how they can use this great and historical house for their particular needs, for small meetings, as an organization headquarters, for art or photography exhibitions, special functions, and many other uses.” 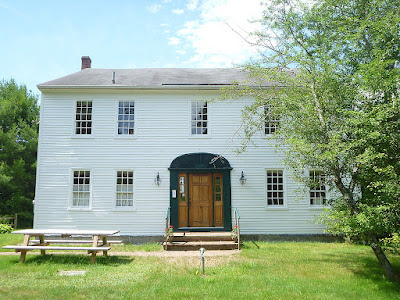 According to Ewig, the availability of The Hawthorne House in Raymond as a gathering spot is a great local resource.

“We want the community to enjoy the building and make broader use of it. We have already booked a number of functions and have a calendar on our website where we can accept bookings,” he said. “The Sebago Lakes Region Chamber of Commerce will have their April Business Break here. The Raymond Waterways Association will have their annual meeting here and we have an individual who will be celebrating a family member’s 100th birthday here just to get us started. More to come.”

Nathaniel Hawthorne was born on July 4, 1804, in Salem, Massachusetts, a descendant of William Hathorne, a Puritan who emigrated with his family from England to the Massachusetts Bay Colony. Hawthorne’s grandfather, John Hathorne, was a judge who presided over some of the Salem Witch Trials.

Hawthorne’s mother was widowed when he was age 4 and after living for 10 years with relatives in Salem, the family moved to a home near Sebago Lake in Raymond built for them by Hawthorne’s uncles Richard and Robert Manning. He lived there with his family until being sent to boarding school in 1819, but later in life, Hawthorne said that the time he spent at that home in Raymond was the happiest period of his life.

Currently the availability of space for private functions within the Raymond and Windham areas is rather limited, and it’s believed the addition of The Hawthorne House to the mix will broaden that footprint.

Further renovation work is planned and volunteers plan to add outdoor seating and picnic tables so in the summer months any overflow guests from events can be accommodated there.

The board of 12 volunteers for The Hawthorne House conceived a plan to bring a 19th century house in poor shape back to life and of significance in the 21st century while moving the project from a vision to a reality.

“We have had a very gratifying response to our capital campaign and have increased our membership to almost 100 from some 20 or 30 one year ago,” Ewig said. “We will launch a second capital campaign shortly which we hope will then cover all costs of renovation and give us a showcase building to serve the community for years to come.”

To learn more about The Hawthorne House, to become a member or to book a reservation, visit www.Hawthorneassoc.com or find them on Facebook under Nathaniel Hawthorne House. <