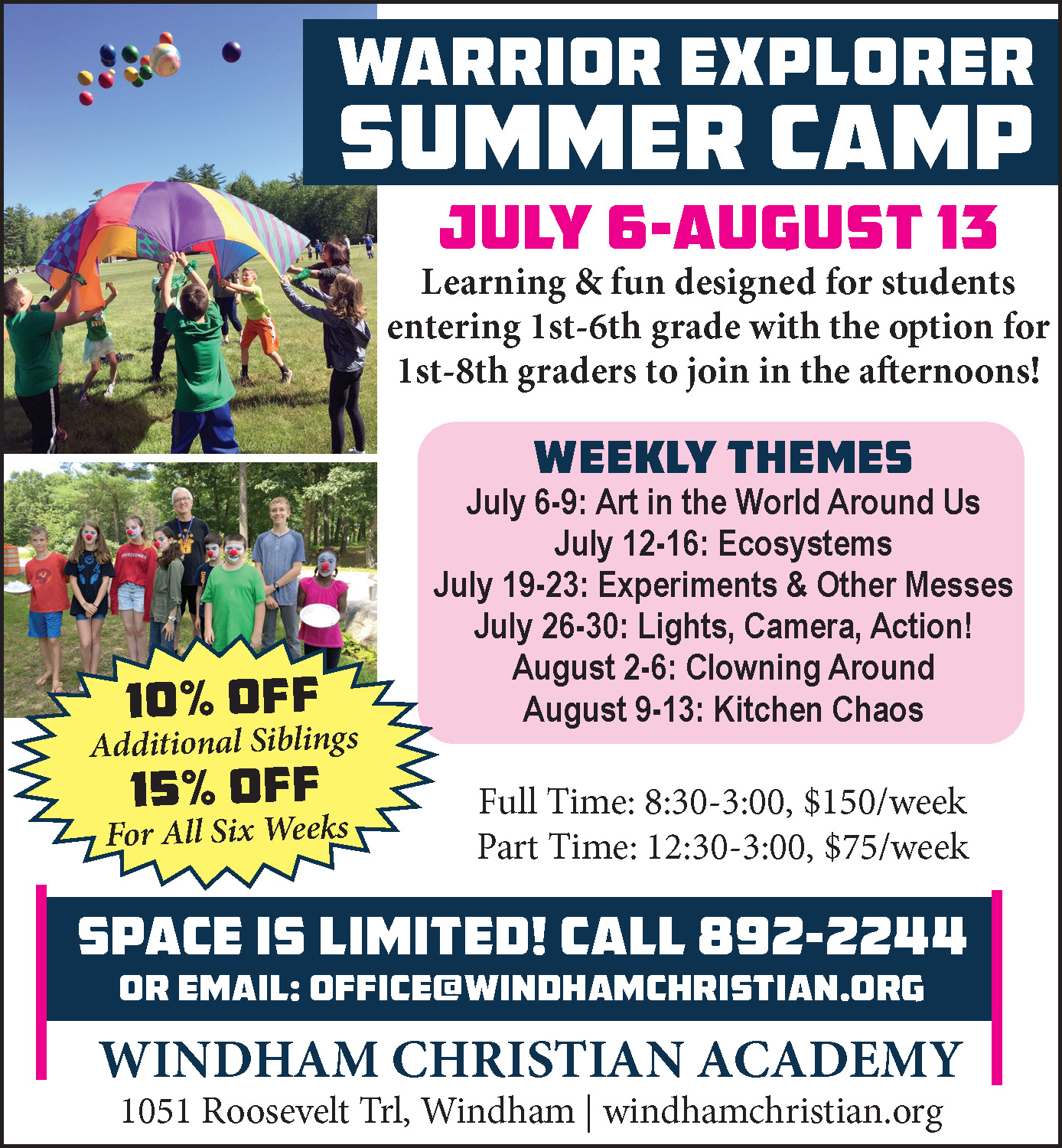 As a parent, one of the hardest decisions you face is choosing the school your children will attend. Jaclyn Sands, Principal of Windham Christian Academy (WCA), would like parents to know that academics with a Christian-based curriculum is an option, and that there are many ways to make a private education affordable.

As we sat in her office and listened to the sounds of the WCA band practicing in the shared gymnasium and worship space for the Windham Assembly of God church, Sands explained that WCA teaches students to look at Christianity as their “blueprint of life.”

The Academy offers classes from pre-kindergarten through twelfth grade.

“Our pre-k program is growing in leaps and bounds,” Sands said, adding that the school is considering opening a program for three-year olds.

Despite the relatively small size of their school, students at WCA are exposed to a wide variety of activities, as evidenced by the tremendous number of trophies in their lobby.

“We participate in the Maine Christian Schools Sports League,” Sands explained, which gives WCA students the chance to join soccer, basketball, and disc golf teams. They also partner with other Christian schools to offer academic activities like spelling bees.

“I did finally have to put some of the trophies in storage,” Sands admitted as we began our tour of the school.

When WCA students reach their final two years of high school, a dual accreditation program with Saint Joseph’s College allows them to take college classes at a fraction of the regular cost. WCA’s graduates can leave high school with as many as twelve college credits, and two of last year’s four high school graduates are currently enrolled at Saint Joseph’s, with another at the University of Southern Maine and the fourth working for his family business. 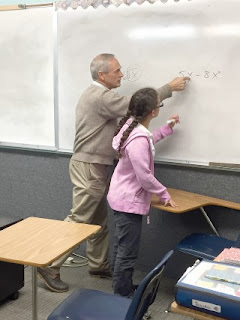 “We hear great things about our students from the professors at St. Josephs,” Sands stated.

I was treated to some of the robust music program at WCA as Sands led me through the building and the classrooms. The school offers two public concerts a year; if you are interested in seeing the students perform, their winter concert will be held on December 13.

WCA’s focus on Christianity as the “blueprint” for life emphasizes service and giving back to the community. In addition to their academics, each grade at WCA has a specific ministry. For the kindergarten through second grade, this involves visiting the Casco Nursing Home once a month to bring crafts and sing songs. When I visited the kindergarten through second grade classroom, where the students were practicing math facts with their foster grandparent, Grandma Nancy, teacher Mrs. Dodd showed me the paper scarecrows the class created to share with the nursing home.

“My first graders are very excited to start spelling,” Mrs. Dodd said, with a smile.

Third and fourth graders join the Windham Matters ministry with the Windham Assembly of God, where they provide monthly snacks and encouragement to public servants such as police officers and fire fighters. The fifth and sixth grades help unload donations and stock shelves at the Casco Alliance Food Pantry, while the seventh and eighth grade classes have a ministry dubbed “LOL” where they learn to juggle and perform magic tricks, occasionally involving a real rabbit or dove, in order to spread a ministry of laughter and levity to the community. This month, “LOL” will be visiting Riverview Psychiatric Center in Augusta.

“As a parent,” Sands adds, telling me her two children are also students at WCA, “I love knowing that my children are safe, and knowing they’re cared for.”