Main Stage Academy offers instruction in dancing, singing and acting, but under the direction of
owner and teacher Suzy Cropper, it offers much more for the students who are enrolled.

“I believe all children have talents and abilities,” said Cropper. At Main Stage the students find out who they are. They develop confidence to speak for themselves, not to be afraid of a crowd and can interact with all generations. “They get a pretty well-rounded experience,” Cropper added.

Main Stage Academy is located at 824 Roosevelt Trail in the Sebago Plaza. It is not just a dance studio. They offer classes in voice, piano, and acting as well. Cropper hires some of the most talented performers in the area to teach classes for students from ages 4 to 18.


In many communities there is an emphasis on sports, but Main Stage is offering an alternative or an addition to sports. Those who do sports as well as acting, dance and singing find they are stronger and more agile on the playing field, said Cropper. 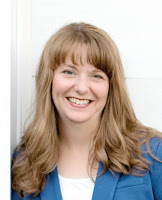 There are two aspects to Main Stage. There are the academy classes, which is training in individual disciplines. The specific training helps students prepare for the performing tracks. The youngest students are encouraged to take musical theater before getting involved in individual classes. The academy classes have two recitals per year in January and June. Classes run September to January and February to June. “They are learning twice as much and can’t get bored,” said Cropper.

The company performing group, which is the second aspect, work from September to June and are divided through an audition process by age and ability. They learn specific songs and dances in musical reviews. They travel away from the studio for shows including performances at Storyland in Glen, NH. In the performing groups the students have costumes, microphones and put all of their training together.

Each year the company performs The Polar Express Christmas show. The audition group Stand Out teaches through performances about bullying and other social issues that they share with school children and others.

Each company group has a theme they work with, which might be the eighties or radio hits, Muppets or movie themes, said Cropper.

Through music, dancing and acting, the students learn to memorize content in a short period of time, they articulate well, project their voice and learn to use their bodies in a healthy way. Keeping time to music helps students in math and all of the skills they learn help them organize their brain paths.
“They learn tools that help in everyday life,” said Cropper.

Her favorite part of teaching is around the middle school age when students “want to do it, not just because their parents want them to do it. It’s exciting when they start to love it themselves.” Cropper loves working with all students but finds satisfaction when a shy child surprises his or her parents with the positive changes they have made in a four month class.

Cropper was a music, dance and theater major in college and graduated with a bachelor’s of fine arts. She’s been teaching voice for 24 years. “It’s kind of just what I do,” she said.

“My greatest joy is seeing others succeed as they rise above perceived limitations and work to realize their potential.  I love helping students develop their talents so that they can tell their stories with skill and confidence.  Together we can dream big, work hard, and experience the magic,” Suzy said.


Main Stage started in her house five years ago, but moved to the new location two years ago, giving them more opportunities for classes. Her husband Brice grew up singing and dancing and although he is an audiologist by trade, he teaches acting at Main Stage and is one of the company’s biggest supporters.

“Brice and I traveled around the world singing and dancing before we were mom and dad to five children,” Cropper said.

Academy classes will start September 12. Auditions for the performing company groups will be on August 24. For more information or to register for classes, visit www.mainstageacademy.com or find them on Facebook or Instagram.
Posted by Michelle Libby at 2:00 AM