The colorful packaging and clever names are only a fraction of the enjoyment of fireworks. Steve Marson, owner of six Pyro City locations including Windham, wants to make sure that people can celebrate any occasion with fireworks safely and respectfully, putting on a show for their friends and family that will make memories for years to come. 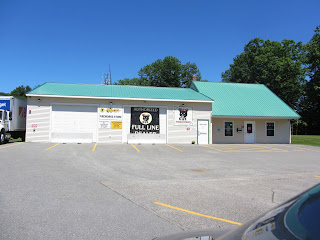 The Windham Pyro City is celebrating its one year anniversary this week. “It took a couple of years, looking for the right location on 302,” said Marson. “I didn’t want to build a building, so we did a lease with the option to buy. It’s been a successful year,” he said.

Fireworks sales are down 20 to 23 percent this past year, but in Windham sales have stayed steady. Before fireworks were legal in Maine, people coming for vacation would buy fireworks in New Hampshire or Massachusetts, but now that Pyro City is open on Route 302 just before the rotary heading toward North Windham, “People heading to camp or vacationing the State of Maine can buy local instead of out of state. They don’t have to get off the highway anymore,” said Marson. 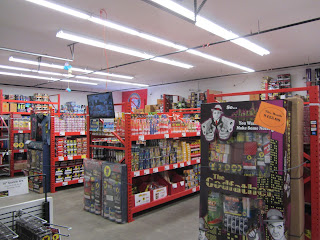 Fireworks are great to get the family together for the fourth of July, championships, anniversaries, birthdays, “It’s all entertainment,” Marson said. It’s a great way to end a cookout at home. “It’s family-oriented and brings the family together. Spend any amount you want and you become your own chorographer of your own display,” he added. He does recommend that newbies start small and work their way up to bigger displays.

In the Maine, it is illegal to have rockets on a stick and a lot of vacationers don’t realize that. Buying in Maine, there is no option to purchase the illegal fireworks that might be legal in other states, Marson said.

Fireworks have their own language. Cakes, fountains, reloadable shells, all packed to provide the consumers with a great show. “Safety is the most important part of it,” said Marson. “Know where you’re firing them.” People who live in wooded areas should stick to fountains and smaller cakes that might only go a few feet in the air. 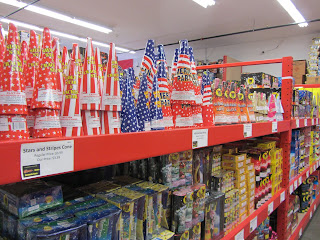 The most popular fireworks are reloadable shells like Diablo, the best of the best, he said. Cakes have one fuse and when lit they will shoot the firework off one after the other. The reloadable ones have to have a shell put into a canister/tube each time. Most of what Pyro City sells is Black Cat products. They are only one of six distributors in the country. They also have a “Cat Scan” machine in the store. When a customer scans a product, it will show what the fireworks will look like when they explode.

“Black Cat has the best reputation for fireworks with a 99.28 percent success rate. All companies have different qualities. I choose to buy the best,” Marson said.  “They need to meet my standards – you’re getting my reputation for being in the display business. I have the same philosophy in the consumer industry.” 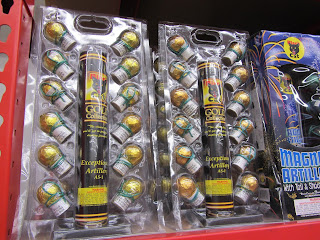 Marson spends at least two weeks in China every year speaking with manufactures and helping to develop new fireworks designs. Central Maine Pyrotechnics, the company that does the Summerfest display, also has a product line of 40 items. Marson also sits on a board for product development, deciding what to make new for the following July. When he’s in China, he sees the products being fired and then makes changes. “We may test 100 different things to get 20 that will make it on the shelves.”

All of the employees at Pyro City locations are licensed technicians or apprentice technicians who work on Central Maine Pyrotechnics shows. “They are great and knowledgeable about fireworks,” Marson said. He has 45 licensed crew that work for him. 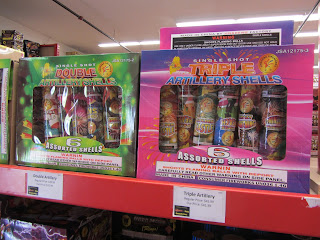 Consumers must be 21 years old to purchase fireworks in Maine and it says that on the door to Pyro City. The store is open seven days a week until October. There are limited hours through the winter, when fireworks are brilliant in the cold, crisp air, Marson said. 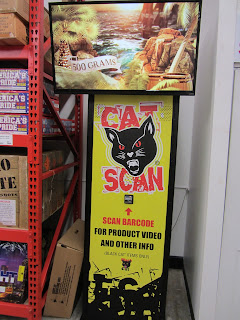 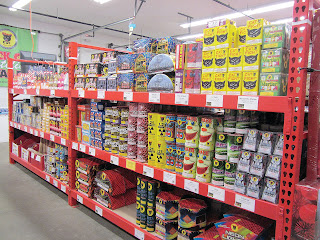 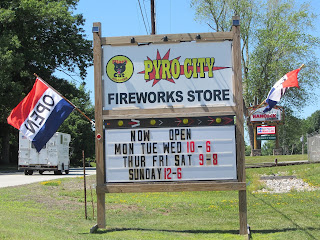 Posted by Michelle Libby at 8:32 PM