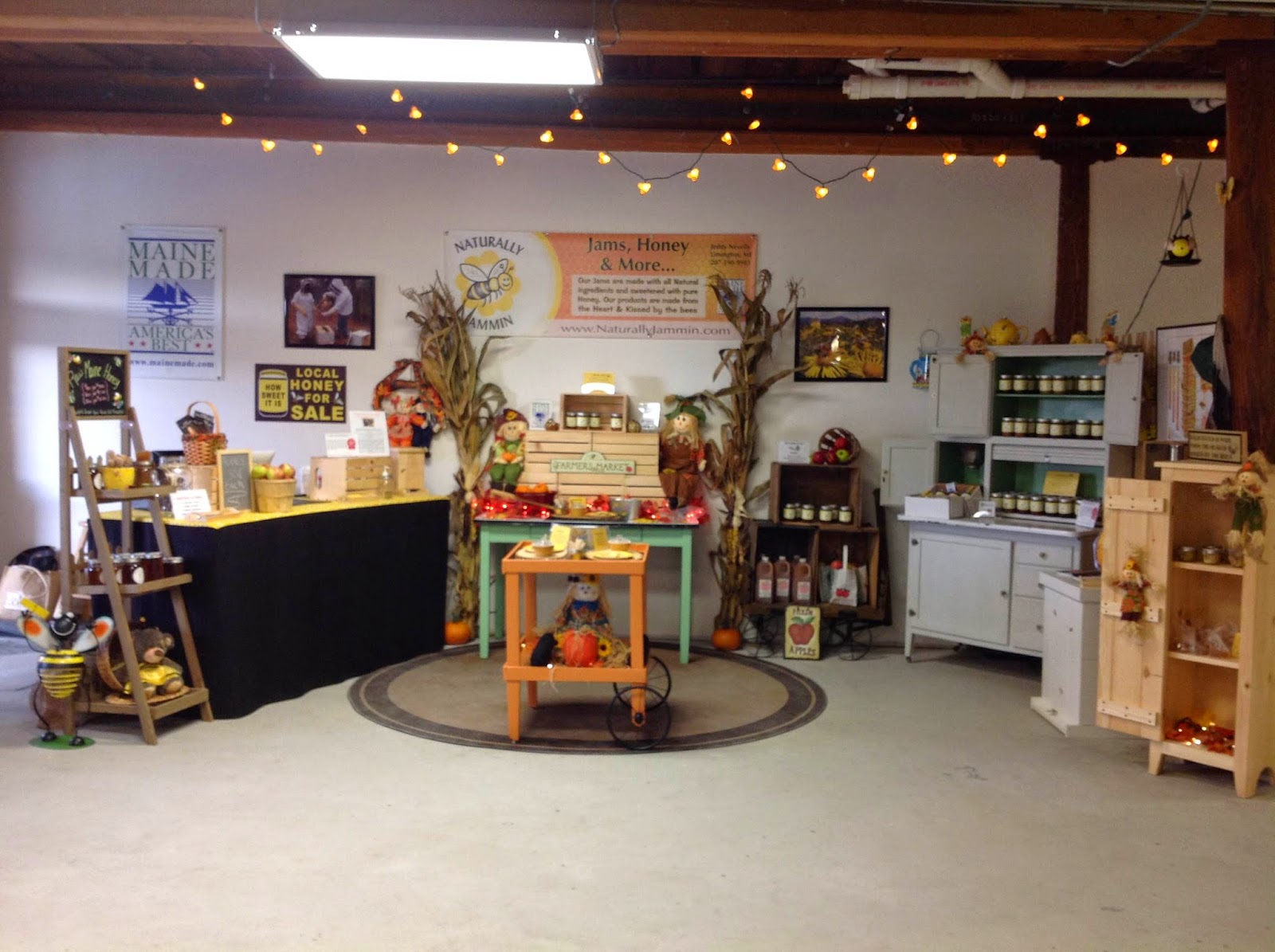 Jeddy Nevells knew something had to change the day her husband was diagnosed with diabetes in 2011. “He needed to change his life and he started to use sugar-free products,” she said, noting that many of the sugar-free jams and jellies contain a lot of preservatives. Jeddy tried sweetening her foods and cooking with unfiltered, raw honey which didn’t affect his blood sugar like processed sugar. Then she started making jam. 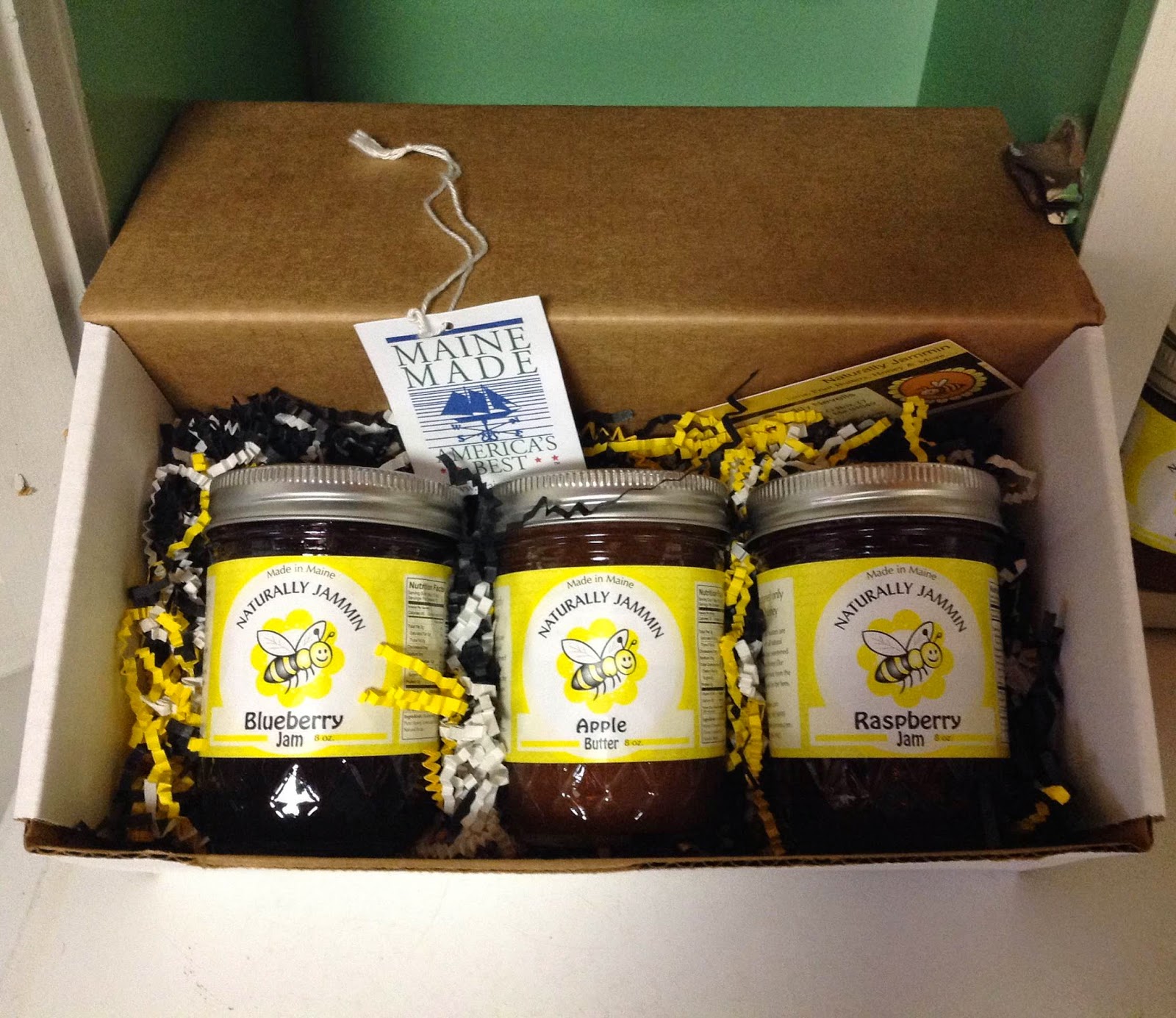 It took one year for her to figure out a recipe that worked. Then she became licensed by the state and with her kitchen license she opened Naturally Jammin’. During the first year, Jeddy’s husband, Mike, lost 150 pounds. Today, down 165 pounds, Mike is no longer considered a diabetic.

“To know you’re helping people and they enjoy it, what more inspiration do you need,” Jeddy said.
Although Naturally Jammin’ has not done any scientific testing, the feedback has been tremendous. “Sixty plus diabetics are able to use my products and it does not affect them,” said Jeddy. From what she has found, the honey disburses differently in the body compared to processed sugar.

“My product is different. No one else sweetens with honey,” Jeddy said. 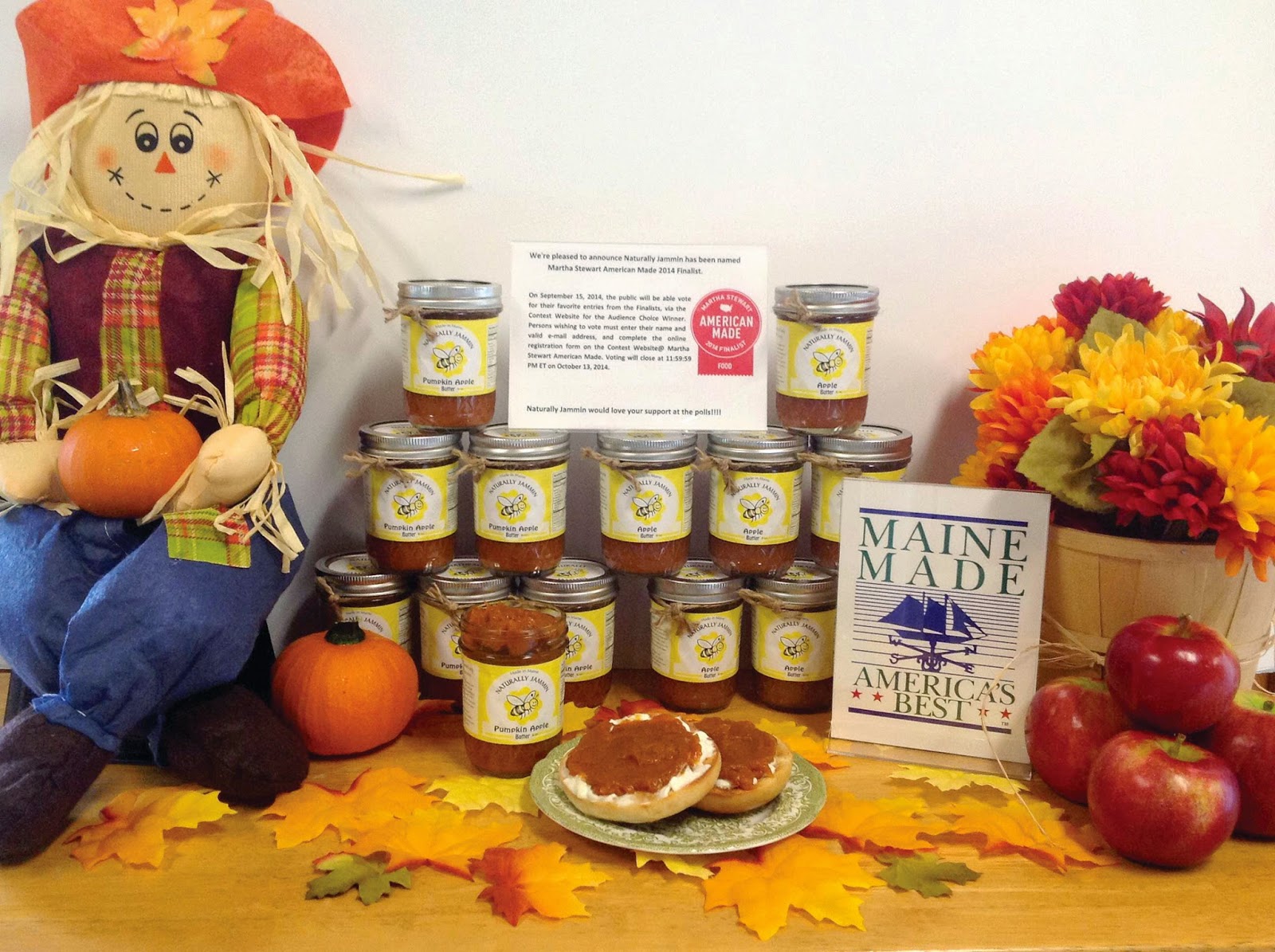 Another mother bought the jam for her son who loved peanut butter and jelly sandwiches, but couldn’t have the jelly due to his ADHD. She bought the jam for him and gave him a thin coat of jelly on his sandwich and it didn’t affect him adversely. He made the next sandwich heaping the jam on, according to Jeddy, and again, there was no noticeable effect. The mom was sold.

Naturally Jammin’ sells 10 products up from the three she started with. 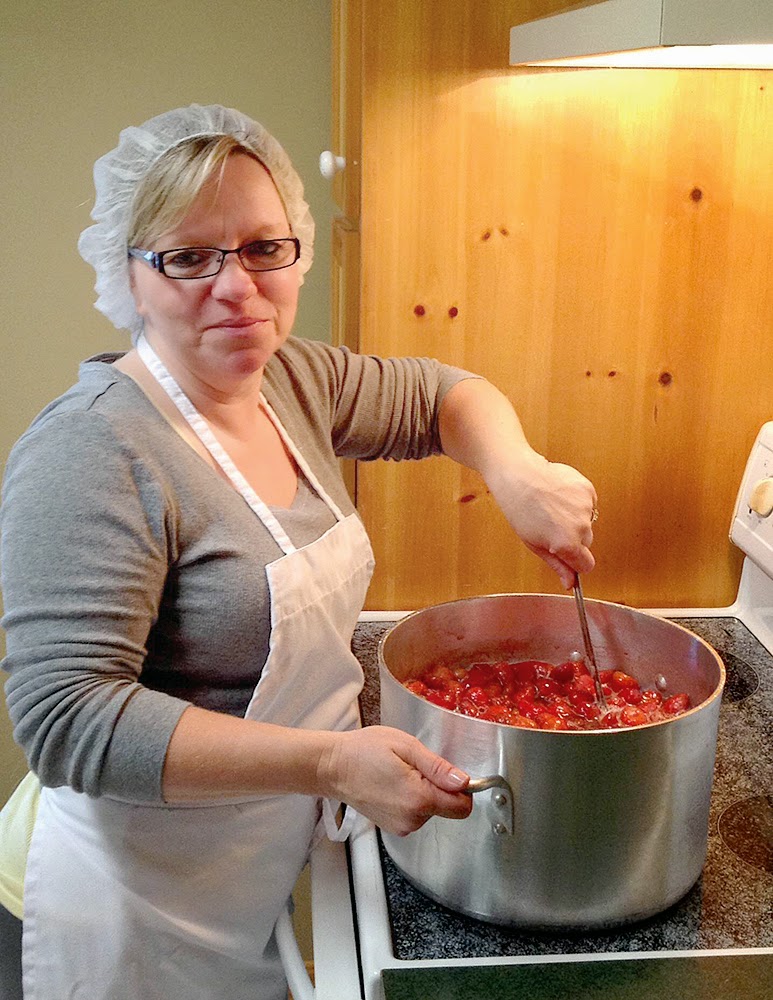 This season’s big sellers are pumpkin butter, apple butter, and peaches and scream (which contains hot pepper flakes). Jeddy has created all of the flavors herself and sells them at area craft fairs (this year she’ll be at USM in Gorham, Bonny Eagle and Augusta) and at a few farmers markets. She has a permanent display at the Saco River Winter Market, where she and Mike also do demonstrations. She also is on shelves at area stores like Whole Foods in Portland.

Naturally Jammin’ is hoping to become a household name though the Martha Stewart American Made Awards where she is a finalist in the food category. She found out about being a finalist while at the Cumberland Fair craft show. “How do you control the emotions in front of a whole bunch of people?” she asked. By taking a break and dancing out of sight of her fellow cooks.

“Even if I don’t win, only a handful out of the State of Maine were chosen. I’ll be happy for them.” The 10 winners out of 800 finalists and 200 wildcard entries share $200,000 and that $10,000 in cash can be used to help build their businesses. The winners earn a trip for two to New York City and get incredible exposure for their product on the Martha Stewart website, Ebay account and advertising on Martha’s SIRUS radio station, according to Jeddy. “You spend two days with her,” which in invaluable.
Voting continues at www.marthastewart.com until October 13 and the winners are announced on October 17.

“I want to spread this jam throughout New England. That’s my goal to get out there in the market so people can enjoy it,” Jeddy said.

Jeddy and Mike also have some of their own bees that they collect honey from. A family friend is a master beekeeper and has been teaching them as they go along. Jeddy uses between 60 and 80 pounds of honey every two weeks, so she also has to buy honey from area distributors. One bee produces 1/12 of a teaspoon in its lifetime, she said.

For the last few months, Jeddy has had to take on help for her business. Her younger daughter, Alysha, is working part-time and will be added full-time soon. Jeddy also hopes her older daughter, Christel, will work with her in the future.

To try Naturally Jammin’ visit www.naturallyjammin.com or find Jeddy at a local market or fair.

Posted by Michelle Libby at 4:44 PM