A third generation farmer, Robert “Bob” Hawkes, didn’t expect to be where he is today, getting up at 5 a.m. and working in the field, then heading to Hawkes Farm Stand on Route 302 to sell some of the freshest produce around. 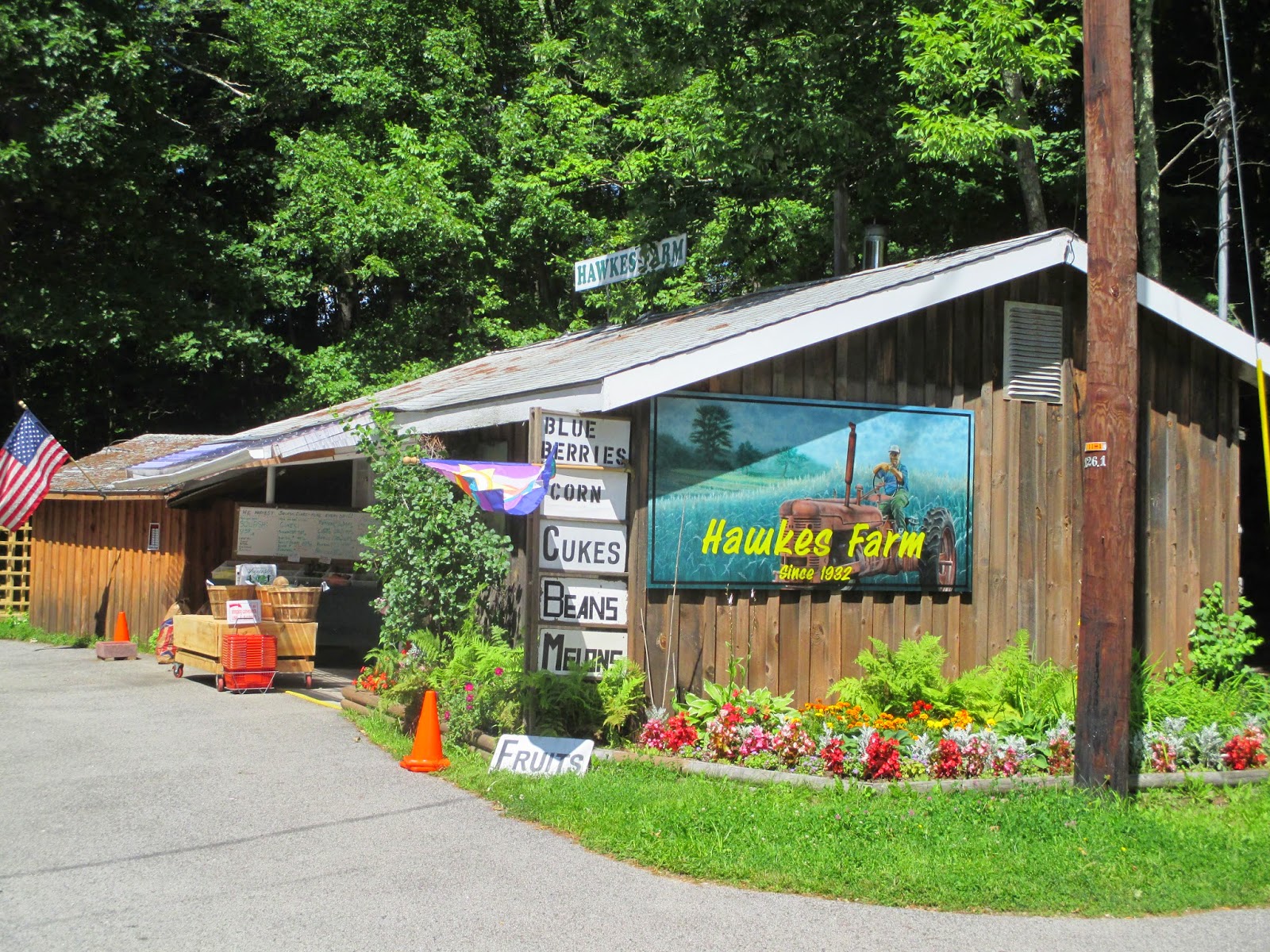 Every morning Hawkes and his girlfriend Diana Tilley, start harvesting the corn, cucumbers, squash, peppers, cantaloupes, watermelons, eggplants and tomatoes. “It might be six to eight things in a day,” Hawkes said. “It’s as fresh as a typical farmer’s market. This is the way we’ve done it for years.” The stand opens at noon on most days to give Hawkes time to harvest the crops on the 10 acres they farm on Windham Center Road and bring the produce to the market.

“We have good produce at great prices,” he said. Hawkes has been tending the farm since September 2004, when his father passed away. He finished up that growing season and decided to keep it going instead of staying self-employed doing remodeling.

“I like it. In the morning we’re out in nature. Then we come over here and have one to two minute conversations with so many people throughout the day. I might not remember their name, but I remember they’re a corn person or a blueberry person,” he said. One man comes in for two ears of corn every day. Others are second and third generations returning to buy their vegetables.

On the weekend a big percentage of customers are vacationers, but during the week, it’s mostly locals, he said. Monday is their busiest day. 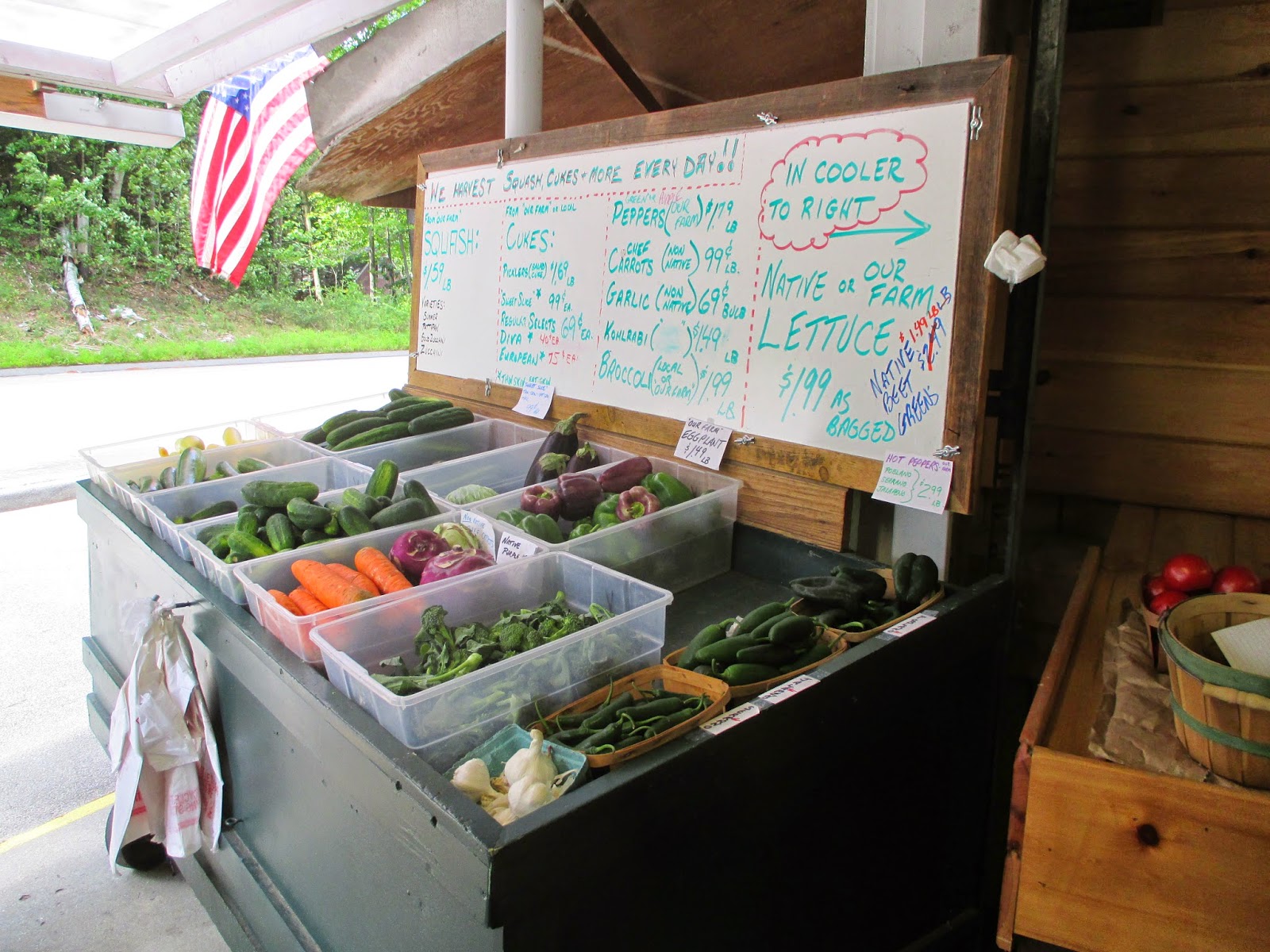 In the past they would pick 10 to 15 bushels of beans a day because people were canning their food. Now there isn’t as much canning going on, Hawkes said. He will take orders for large amounts of produce like tomatoes, if someone wants to can food.

Hawkes said the first year of farming was the most difficult. He had helped on the farm until he was 16 years old, but had never done the planting, plowing or cultivating. “You make mistakes. I still make mistakes, but not the same ones.”

Corn is one of the bestselling products for the stand. In early August he starts to pick his corn and the corn type varies depending on when the corn is ready. Each day, Hawkes will put on the board what type of corn it is and all of it is a hybrid type making it sweeter and plumper. “We keep it cold and bring it out as we need it,” he said. On the sign it also asks that customers not shuck the corn at the stand. That says that for no other reason than to keep the corn fresh and sweet. Once it’s opened, the sugar turns to starch, he said. 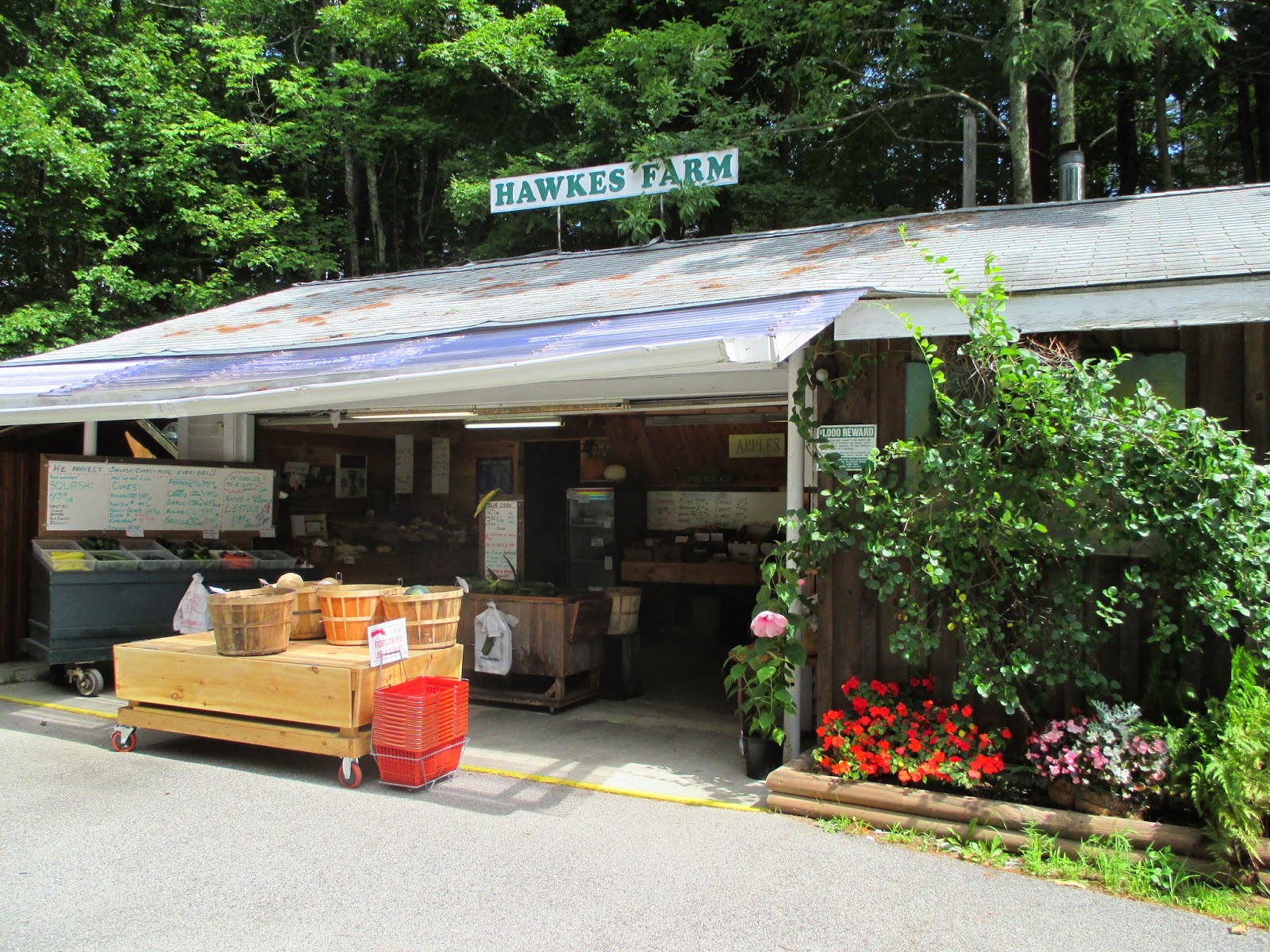 The farm stand, now celebrating its 83rd season, is owned by 90-year-old Florence Hawkes, and she still spends time there, but the stand is run by Hawkes’ sister Diane Loring. The history of the farm and stand date back to 1910, when Hawkes’ grandfather had a dairy cow farm on the land in Windham. In 1932, they set up a farm stand in the now vacant rest area down the road from the existing stand. In 1948, it was moved to its present location and added on to.

“I try to make it easier than my father,” Hawkes said. He still uses the same tractors, one of them born the same year he was, 1960. 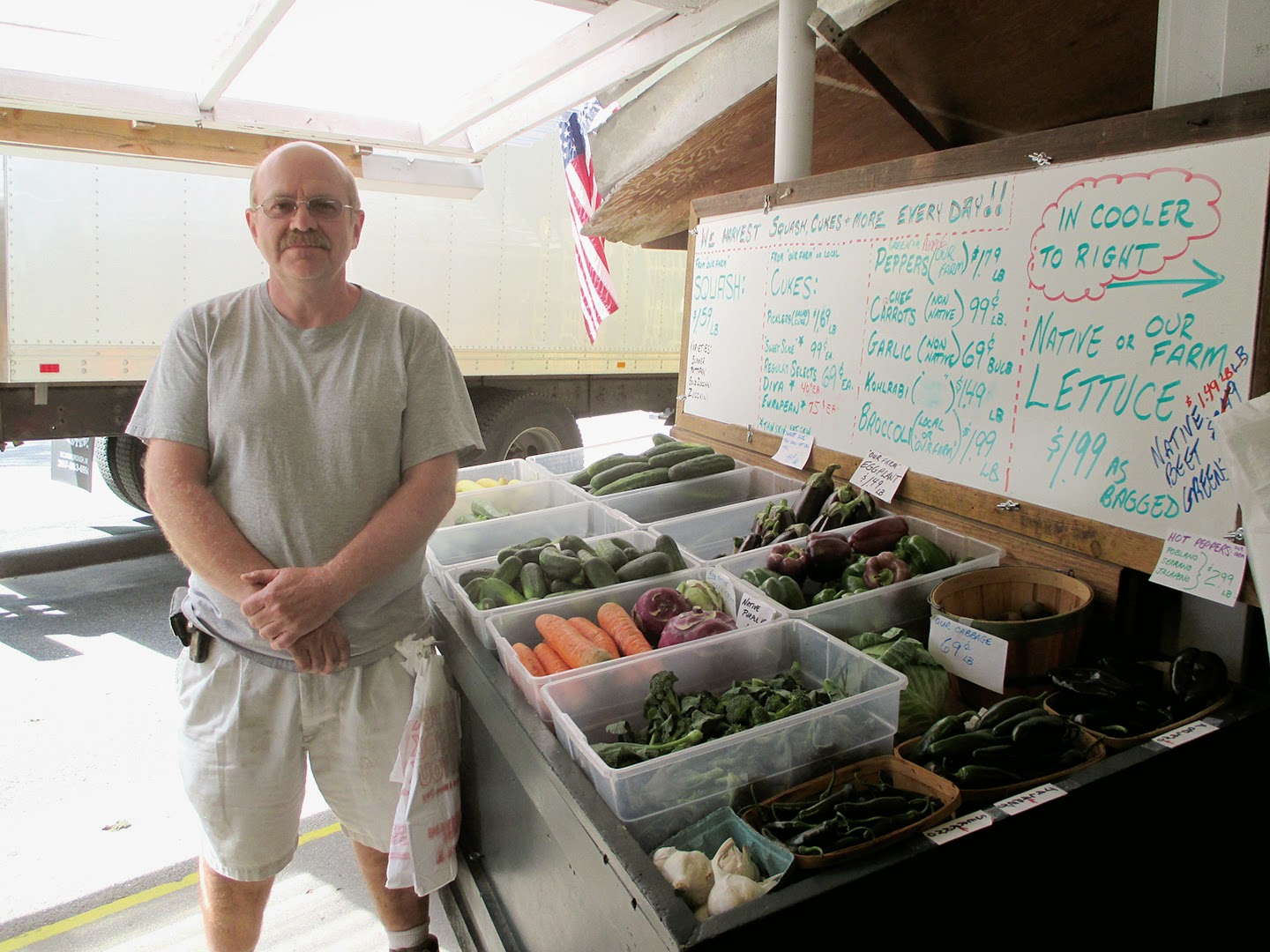 As far as pesticides go, Hawkes does use some, but at night so the bees won’t be effected. “Bees are the best free labor,” he joked.

The vegetable of the year is purple kohlrabi and they are offering hot peppers for the first time. He grows lettuce, but the recent hail damaged some of the leaves.

“Food safety and quality are our biggest concern. Fresh and quality,” Hawkes said. “We strive to be the best.”

The stand, which opens mid-July, is open most days from noon to 6 p.m. seven days a week. They are a cash and check business only. They don’t take debit or credit cards. 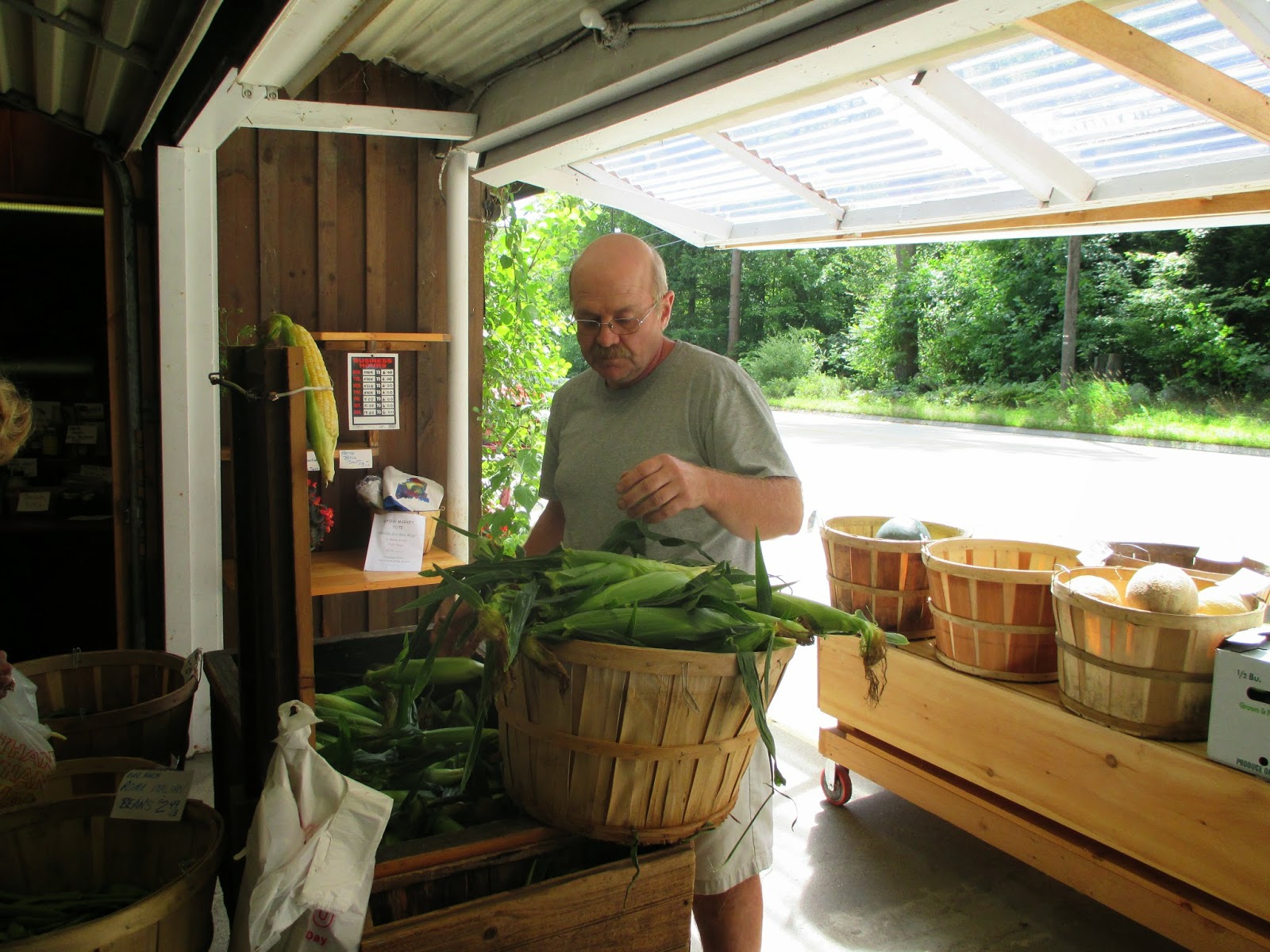 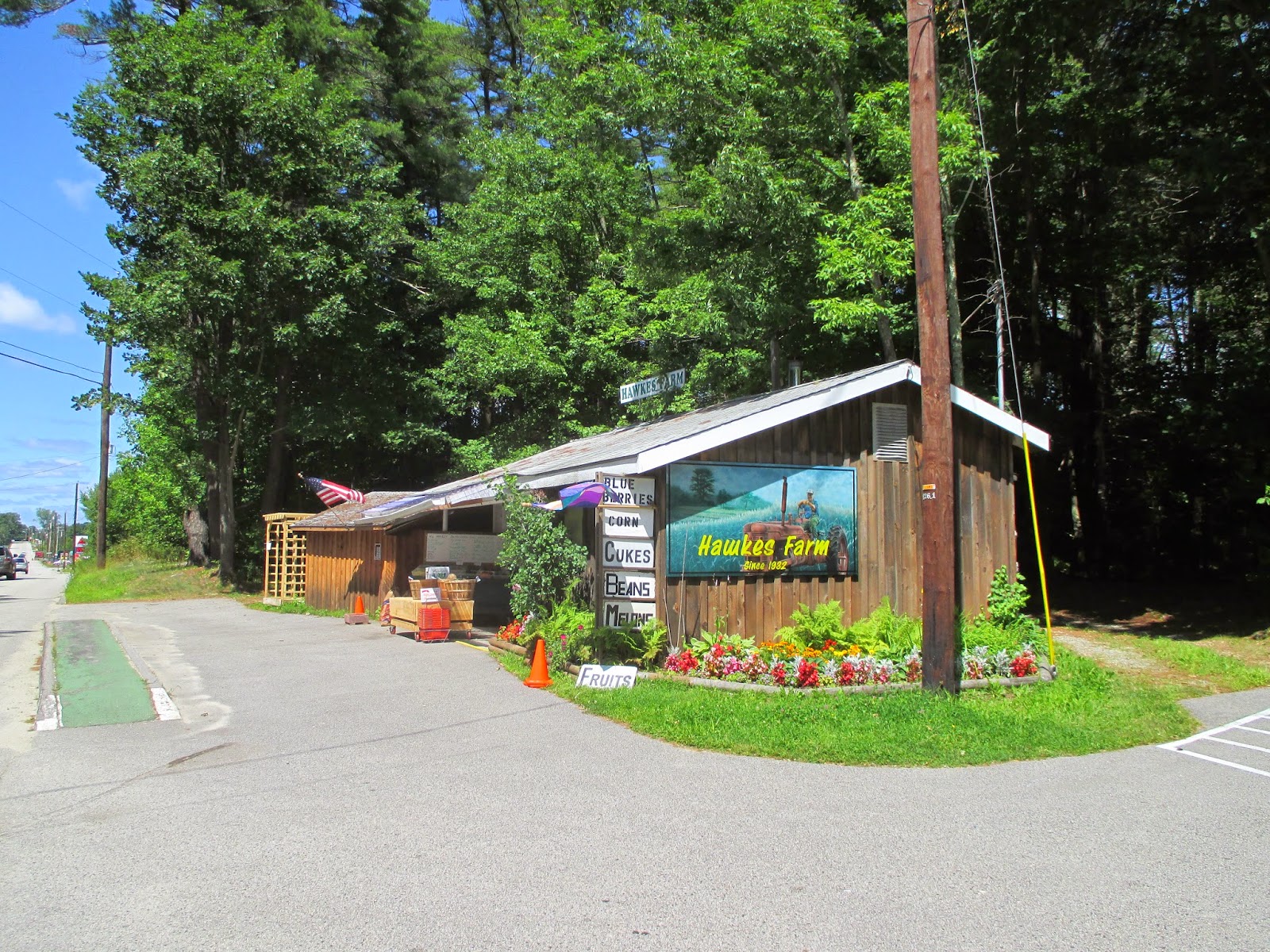