A hobby turned into a business for Chris McDonald, the owner of Windham Powersports, which focuses on anything with wheels that doesn’t have to be registered. From ATVs to snowmobiles and lawn mowers to small engines, McDonald and his partner Johnny Best, want to earn the business of the residents in Windham and Raymond. 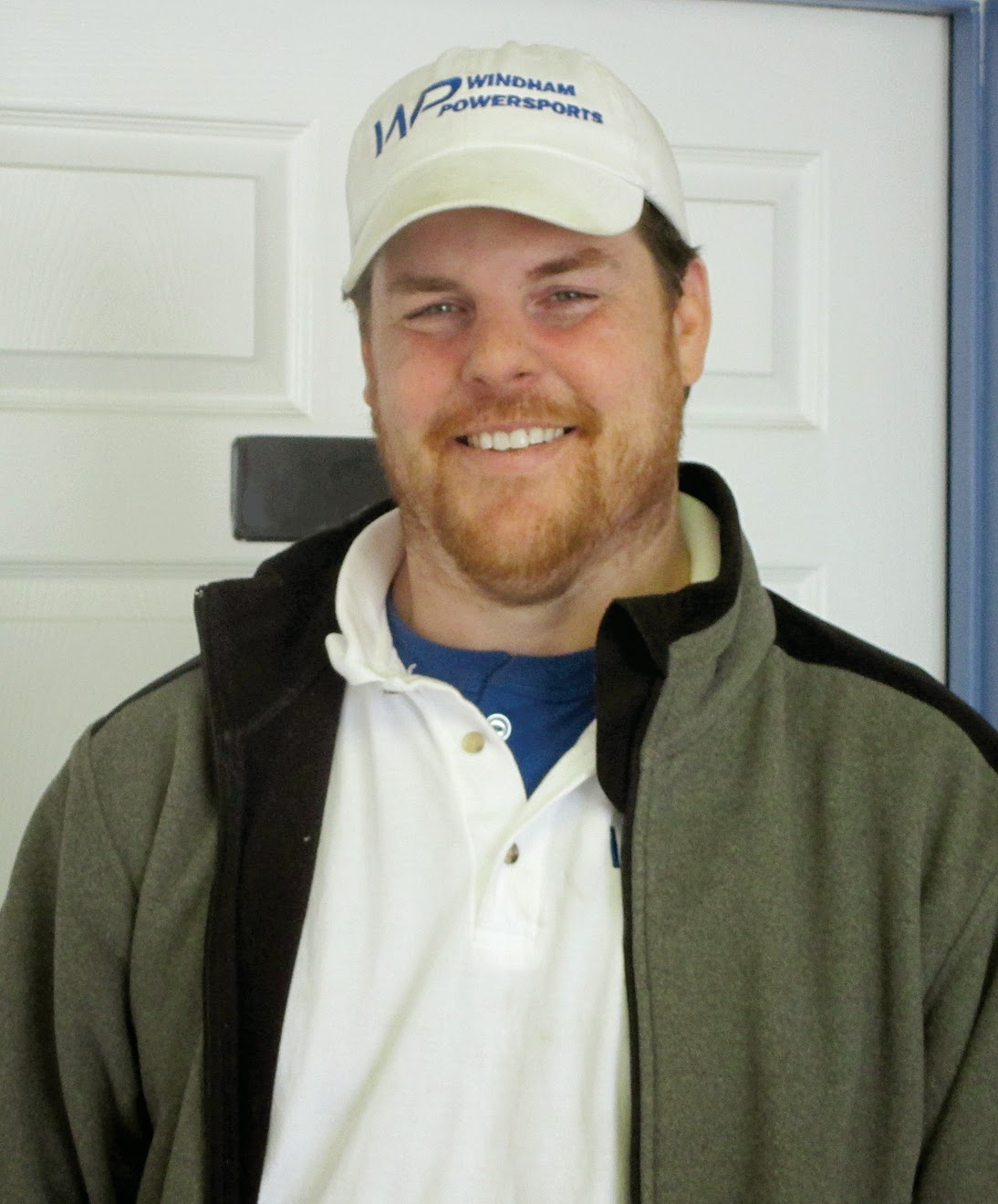 “We find broken stuff, fix and sell them,” McDonald said. They also do repair work for customers. “We have the best rates around at $40 per hour for labor,” he said. Since they are still in their first year, they plan to maintain that rate.

Windham Powersports fixes anything off road, McDonald said mentioning go carts, side by sides, mini bikes and snowmobiles. They do not work on water sports engines. “We are set up for tires and land machines,” he said.

McDonald started the business six years ago when his son was born. He and his wife decided that one of them would need to be with their son at all times. McDonald needed a hobby because his son slept so much, so he found an old ATV and fixed it up and sold it.

McDonald spent eight years as a cable guy. He left in November 2013 to pursue his hobby full-time. Chris mainly works the business end of Windham Powersports, locating machines to fix up, making deals, billing, scheduling and all of the other administrative tasks. Occasionally, he will work on a project in the shop, which he still enjoys.

Windham Powersports moved to their present location at 1037B Roosevelt Trail on February 18. 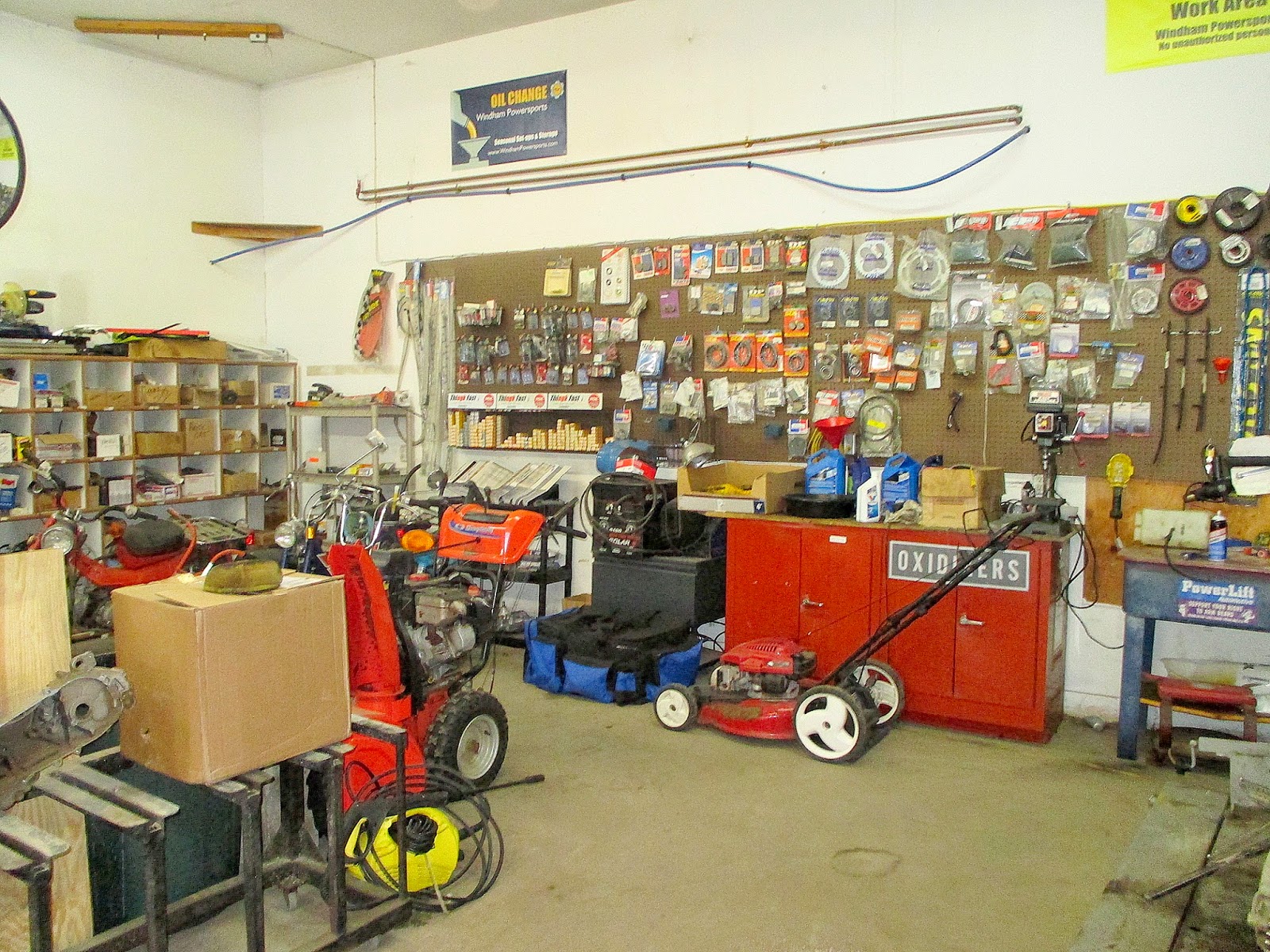 “There’s a dire need in this area and has been for a long, long time,” he said. “You don’t have to drive 45 minutes away to find good service.”

J.J. is one of the mechanics that works in the shop. “He’s a small engine guru,” said McDonald. “We are 4-wheeler and dirt bike specialists.”

The shop fixes weedwackers and chainsaws and does seasonal set ups. Windham Powersports offers pickup and delivery within a 30 mile radius.

Next winter, McDonald hopes to have an “on spot, on trail, emergency response system.” If a snowmobile has an issue, they will have a tow response vehicle that will find the machine, fix it or tow it back to the shop to fix it there, he said.

On Mondays, McDonald and Best travel around the area looking for equipment that is on the side of the road for sale, listed on Craig’s List, or just rusting on the side lawn of someone’s house. “We’re like the American Pickers’ guy. It’s never the same. It’s a blast.”

Items they have for sale have a very quick turn over, McDonald said. The prices they put on their machines are the best prices they can offer. Of course, bundling by purchasing more than one or two items is a way to get an even better price, McDonald said.  He also said that they keep a list of things people are looking for with a price limit. Just this week, they found an ATV for a man that was exactly what he wanted and at the price he was looking to pay.

“We like to have fun. We’re good ol’ boys,” McDonald said. Windham Powersports is open year round, six days a week. Find them on Facebook, at www.windhampowersports.com and at 653-9665. 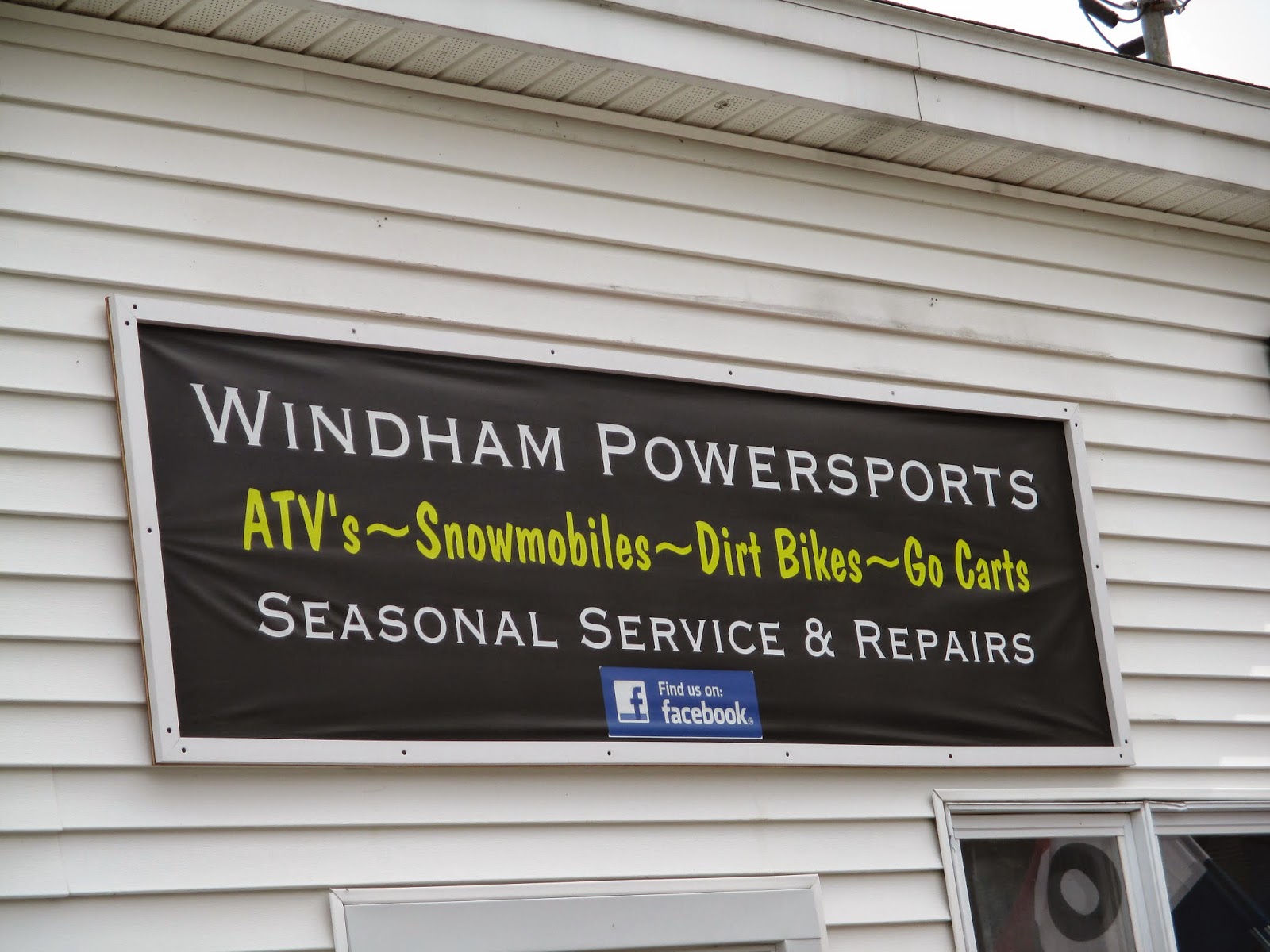 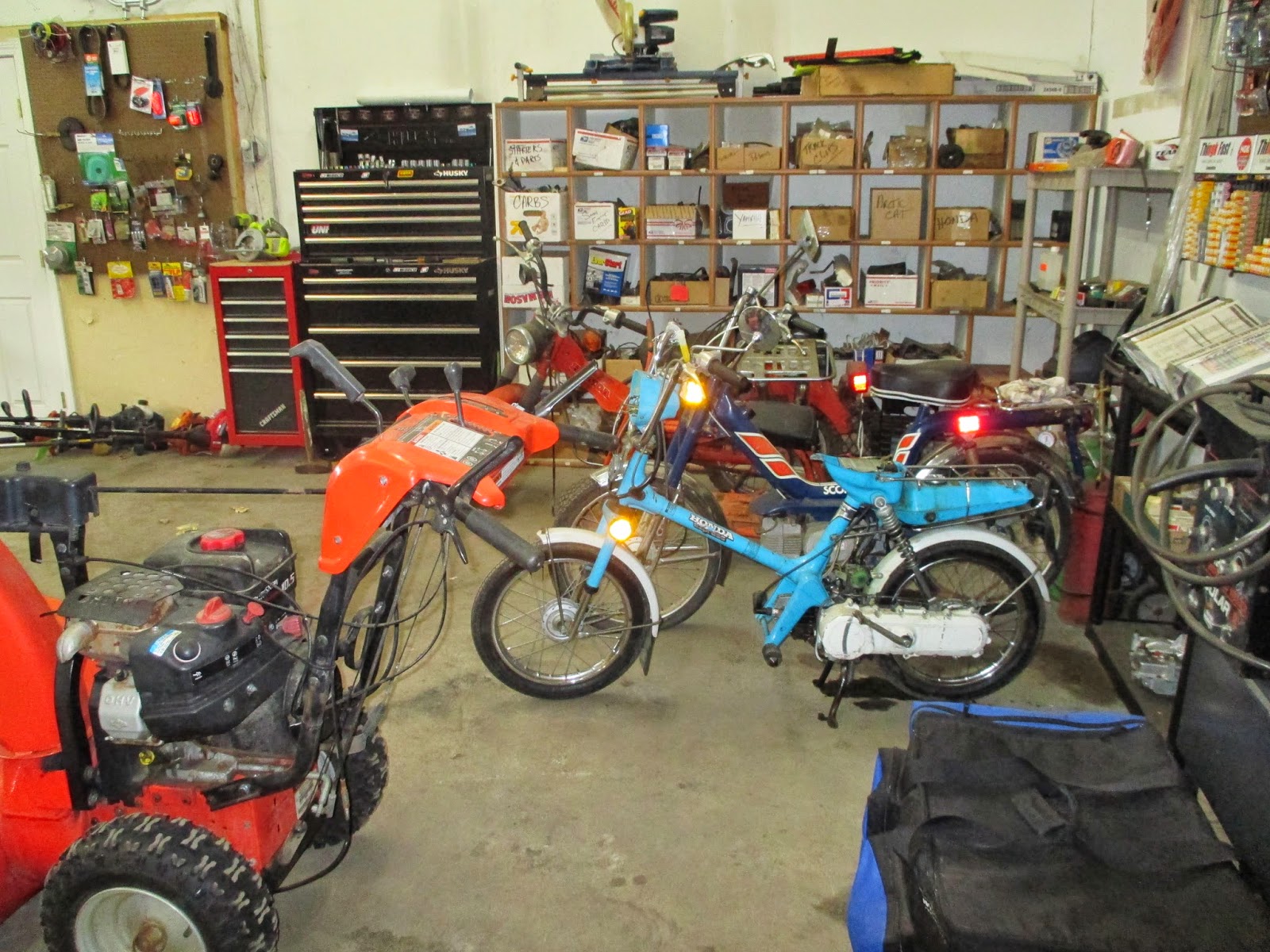