Dave Barracks has been around computers since before the invention of what people think of computers today. He didn’t open PC Lighthouse until September 2003, which he operates out of his house at 65 Whites Bridge Road.


“I’ve done it all my life,” Barracks said. “I did it in the military for 20 years back when it was called data processing in the Army Signal Corps.” He was stationed in France and remembers sending messages on the Trans Atlantic Cable on an IBM punch card. That was before satellite service. 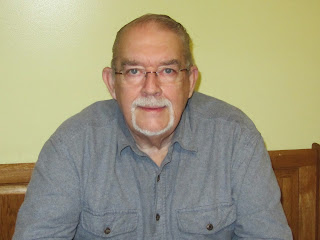 “I’ve seen it really from its basic inception,” Barracks said.

He worked for a few private companies before he decided to retire and open his own computer repair shop. He has done everything from get rid of viruses to manufacture computer boards in Augusta.

Barracks has a large customer base spread over a radius of one hour from Windham. He travels to see customers and also allows drop offs at his home.

“If it’s related to a computer I can do all levels of repairs,” Barracks said. He is certified for all types of repairs on everything from PCs to Macs to tablets. “If it’s broke, I can fix it,” he said. “It doesn’t mean it should be fixed.” His certifications range from A+ certification, network certified, MS Office user certified. He also receives referrals from Staples, he said.

In 2003 when he first started, he fixed 99 percent desktop computers and one percent laptops, now that is completely reversed, he said. “It’s getting harder and harder to find desktops,” Barracks said. He is waiting for his new Surface tablet to arrive, which will replace his desktop.

With PCs he fixes viruses, malware mostly. With Apple products it’s broken glass on the screens or hard drive failures, Barracks said. In that case it’s mostly the customer caused problems, he added.

“Computers are better. The reliability is a heck of a lot better than it used to be,” Barracks said. A typical home computer will last roughly five to seven years, he said.

“I just wonder what’s going to happen next,” he said.

He does not do sales, which he purposely said he never wanted to do. He does not stock parts and he doesn’t mark up the price on parts. “I make my money on the labor part,” he said. His specialty is hardware failures or broken parts.

He is also very comfortable with the software side. He does install software to computers. Barracks is also “senior” friendly. Being a senior himself, he understands the needs of his generation.

His prices range from $50 per hour, not to exceed $175 or $75 per hour if he comes to the client’s home. A typical repair costs $125, he said. He accepts all credit cards, Paypal, cash and checks. He is a member of the local better business bureau and the Lakes Region Chamber of Commerce.
Posted by Michelle Libby at 11:31 AM