Last February Gray Family Vision Center opened an office in Windham, at 8 Crimson Drive off Route 302. The small office has all of the skill and technology of a larger facility, under the co-ownership and direction of Dr. David Guiseley, OD and Dr. Jonathan Cook, OD.

“Our demographics said we had a high percentage of patients coming from the Route 302 corridor. We opened a satellite office to serve their needs,” said Cook between patients.

Both optometrists work in both the main office in Gray, which opened in 1989, and the satellite office in Windham four days a week alternating between morning and afternoons. A technician travels with them to do screenings and pre-exam eye tests. Margaret Frazier is the optician on site, fitting glasses and contacts for patients. She is also in charge of reception at the Windham office. Officer manager Amy Harmon, CPOT, oversees the whole operation.

“We see everyone from birth to 100, or really there is no age limit to coming here,” she said.

One of the unique services Gray Family Vision Center offers is infancy exams free for children from ages birth to one year through the AOA. “This helps us to provide lifelong eye care,” said Harmon. A child or an adult, who is uncommunicative, can have their eyes checked by using only objective refraction tests instead of subjective tests. 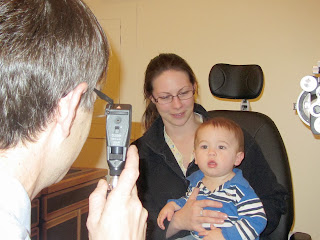 When seeing babies, the doctors can catch a potential issue before the school calls in third grade saying that a child isn’t seeing clearly. Not seeing well can delay a child in speech and reading. “It makes such a big difference in the kids who don’t know it’s unusual because it’s normal for these kids,” said Harmon.

Eye exams are routinely given every two years, but could be more often depending on the specific condition, said Harmon. There are tests given by the technician before the doctor does the comprehensive exam looking at overall eye health. After that he does the refraction portion of the exam, which is where he checks to see if glasses are appropriate and what strength they should be.


“They go together,” said Harmon.

Eye exams have changed over the years, Cook said. “Technology has really developed to a degree to where we can work in a more accurate way. Refraction is so much more accurate. Before it was one-quarter of a diopter, now it’s one-one hundredths of a diopter. Imaging has also changed,” Cook said.

“Imaging has allowed us to track changes better and doesn’t rely on the doctor’s knowledge. We have it in black and white,” said Harmon.

They have a full range of glasses and contacts to fit every budget, including Coach and RayBans.
As the practice grows, the doctors hope to bring on more optometrists, said Harmon. At this point, Cook estimates that they see 4,500 patients in a year’s time, and they accept most insurances. 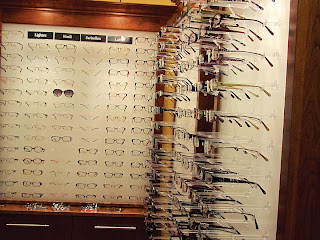 To reach Gray Family Vision Center in Windham or Gray to schedule an appointment, visit them online at www.grayfamilyvision.com or call 894-2174.

Posted by Michelle Libby at 9:25 PM